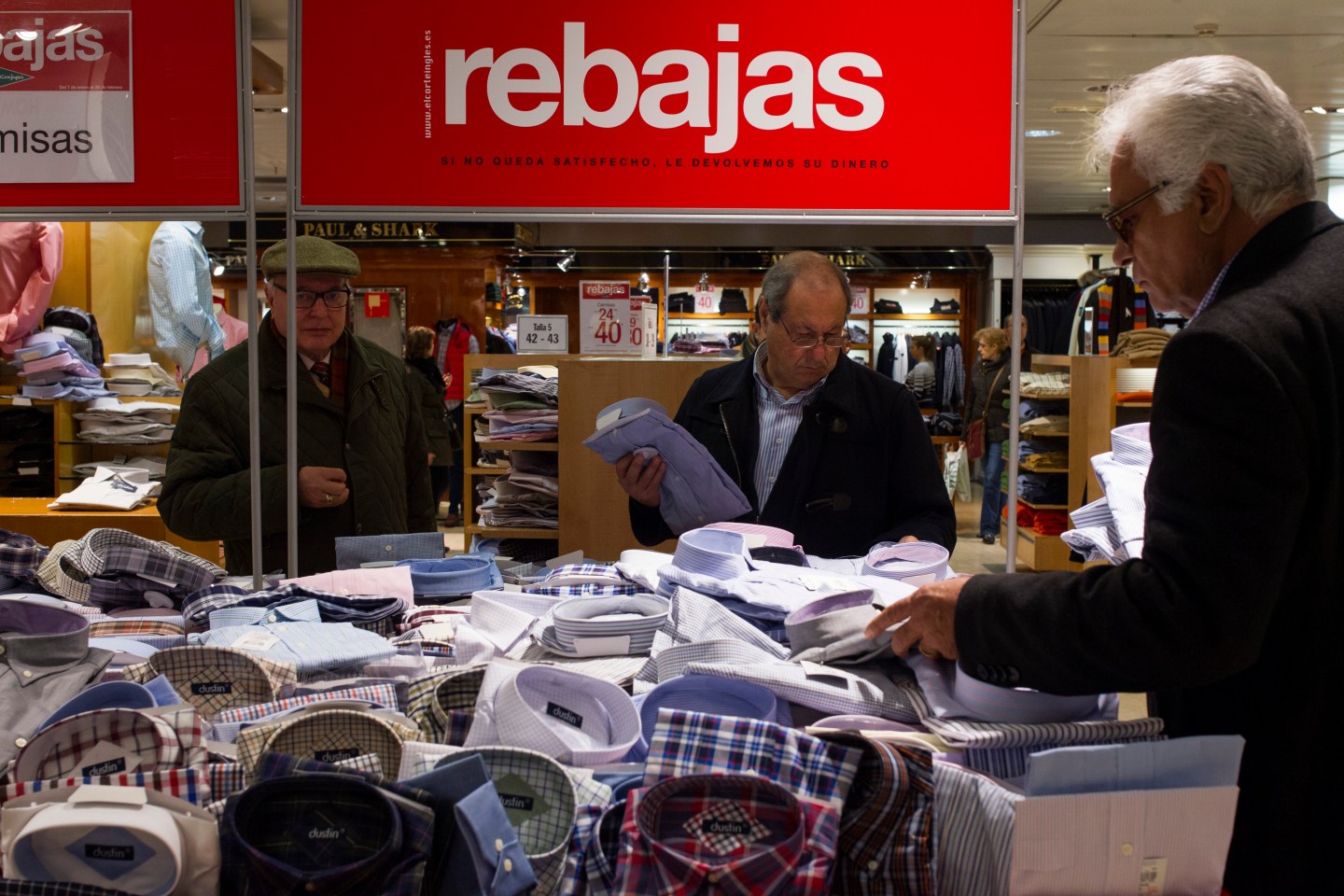 Inflation in the eurozone fell back to its lowest level in four and a half years in May, making it almost inevitable that the European Central Bank will inject further stimulus into the economy when its policymaking council meets on Thursday.

The statistics office Eurostat said consumer prices rose by only 0.5% in the year to May, down from 0.7% in April and the same rate as in March, well below the ECB’s targeted level of just below 2%. The last time the inflation rate had been lower was in November 2009, a Eurostat spokesman said.

While volatile elements such as food and energy were largely responsible for the decline, Eurostat’s measure of “core” inflation, which excludes them, also fell to 0.7% from 1% in April.

A combination of low inflation and low growth are making it effectively impossible for much of Europe to reduce its huge debt burden, analysts say.

“Taking the weaker-than-expected growth figures for the first quarter along with the lower-than-expected inflation numbers, the European Central Bank is now under pressure to deliver significant policy loosening,” said Azad Zangana, European economist at asset management company Schroders in London.

The eurozone economy grew only 0.2% in the first quarter, giving an annual rate of 0.9%, disappointing hopes that the recovery would pick up speed.

There was slightly better news for the eurozone on the jobs front, as Eurostat announced a 76,000 drop in the jobless rolls across the currency union’s 18 members in April. Unemployment is down by around half a million from its peak last year and at its lowest level since October 2012, but is still painfully high at 18.75 million. The jobless rate fell to 11.7% in April from 11.8% in March, Eurostat said.

Tom Rogers, senior economic adviser to consultants Ernst & Young, said the figure “underlines the fragility of the eurozone recovery, the lack of improvement in the labor market in most economies, and the persistence of the deflationary threat.”

The dollar was little changed against the euro after the news, but has strengthened by some 2% over the last month as the prospect of fresh stimulus from the ECB has become more and more likely. At 06:40 EDT, the euro was at around $1.3608, having traded below $1.36 earlier in the day.