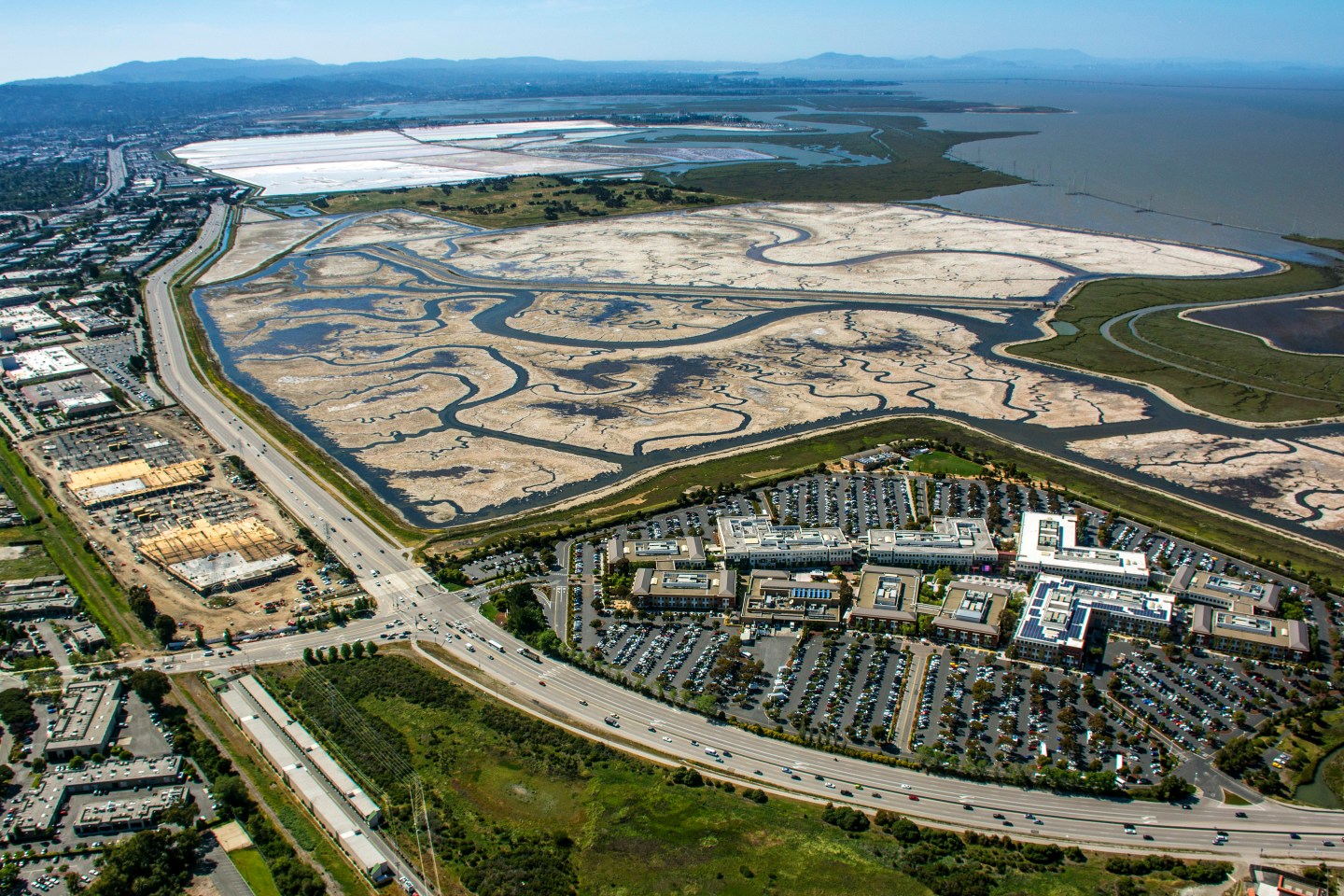 Call it our Diamond Anniversary. This year’s Fortune 500 marks the 60th running of the list that debuted in 1955, amid the prosperity of the Eisenhower years. And America’s 500 largest companies, ranked by revenues recorded for their 2013 fiscal years, merit a toast for performing mightily in a struggling economy. The most significant milestone is downright stunning — both in scope and surprise: In fiscal 2013 the 500 “topped the T” for the first time, posting profits of $1.08 trillion, an all-time record. The figure dwarfs the previous high-water mark of $824.5 billion in fiscal 2011, which had smashed the one before that ($785 billion), set in 2006. Profit records are cheap, it seems, in the 500.

Unfortunately, the bonanza isn’t translating into a strong revival in jobs. While profits in the 500 grew 31.7% last year, the group added just 180,000 employees, a meager gain of 0.7%. The earnings story is still one mainly about squeezing more cars, semiconductors, and grocery sales from a barely rising workforce. Wal-Mart, the nation’s revenue leader (with $476.3 billion in 2013) and the largest employer, kept its headcount steady at 2.2 million employees.

The retail chain’s stature in the 500 also highlights the significance of a second, if less obvious, anniversary. This is the 20th running of the list since service companies were included in 1995; prior to that, the 500 was the province of U.S. industrial giants. That change reflects a decisive reshaping of American business. When service companies were added in 1995, their share of total Fortune 500 revenue was already prodigious, at 50.4%. This year’s group accounts for a heady 60.5% of total revenue.

Graphic by Nicolas Rapp with research by Scott DeCarlo. Click to enlarge.

Yet of all the generational changes in the 500, the shift in geography may well be the most dramatic. The red and yellow circles on the graphic — which show gains in the market cap of Fortune 500 companies in each state over the past two decades — convey some of the story of the big-company sweepstakes. That broad narrative of winners and losers, indeed, remains largely the same whether one tells it in terms of the number of major companies, total sales, or employees.

Overall, nine states — California, Texas, Minnesota, North Carolina, Tennessee, Washington, Arkansas, Wisconsin, and Nebraska — have truly shined since 1995. Seven others — New York (despite tying California for the most number of companies in the 500), New Jersey, Connecticut, Pennsylvania, Ohio, Illinois, and Michigan — have disappointed. The collective market capitalization of companies in the nine leading states has grown an average 12% a year since 1995, close to doubling the gain (6.6%) for those based in the laggards.

Over the past two decades the nine winning states have gained 40 company headquarters, while the seven strugglers have shed 42. Companies in the lucky nine now account for 44% of the 500’s total revenue, up from 26% two decades ago. For the not-so-lucky seven, it has been a rough reversal of fortune: a drop from 55% of total sales to 37%.

And, finally, jobs: The hot nine have added 5.5 million jobs in 20 years and now account for 40% of all employment, up from 26% in 1995. By contrast, the embattled, smokestack-heavy seven have dropped 645,000 employees, and their share of the 500 workforce has shrunk from well over half the total to 38%.

There it is. A breathtaking reshuffling. To some extent the winners did gain directly from their counterparts by poaching their companies. But that’s not the main catalyst. The bigger factor — to put this in its most elemental form — has been being in the right place at the right time. States that play host to sizzling sectors like health care services (Minnesota) and energy (Texas) performed brilliantly compared with leaders in investment banking (New York), autos (Michigan), and a panoply of manufacturing industries (Connecticut, Illinois, Pennsylvania, and Ohio). The states in the growth sectors saw their home companies expand fast, and grow even more through acquisitions. Those in declining industries suffered from bankruptcies, revenue falloffs, and divestitures, as formerly big names split into smaller units. Of course, many of the companies in the hard-hit states were, and remain, in strong industries. But a disproportionate share of those companies either moved or got purchased by stronger competitors in other states.

A notable exception to the “right place” trend is California. Criticized by some as a hostile, high-cost environment for business, California has shown a remarkable knack for coming out ahead in the race for large companies. The Golden State’s strength, it would seem, is reinvention: lowering its profile in manufacturing and financial services and strengthening its footprint in technology. No fewer than 31 of the 51 California companies on the Fortune 500 in 1995 are absent from the 2014 list. Three large defense contractors moved to other states: Lockheed Martin to Maryland, Rockwell Automation to Wisconsin, and Northrop Grumman to Virginia. California also lost a host of prominent corporate residents to mergers — among them, Pacific Telesis to AT&T (Texas), PacifiCare to UnitedHealth Group (Minnesota), and BankAmerica to the renamed Bank of America (North Carolina).

But California more than compensated for those departures by adding 39 companies that weren’t even on the 500 list two decades ago. By far the biggest lift has come from the addition of 20 technology and biotech corporations. Prominent among the newcomers are Google (46), Cisco (55), eBay (180), and Facebook (341) — a presence that has become so familiar to so many people that it’s hard to imagine that this is only its second year on the roster. The biotech industry likewise grew up fast. Amgen (154) was founded in Thousand Oaks in 1980; Gilead Sciences (250) got its start in Foster City in 1987. Neither company is even in its forties.

The birth and adolescence of these tech giants has helped lift sales growth for California’s 500 club by 7.9% over the past 20 years, and its market cap by a healthy, double-digit clip. In 1995 the state’s 500 companies had but half the stock valuation of New York’s. Today California’s share of the Fortune 500 is worth some $3.2 trillion — about 28% more than its East Coast rival.

But that said, the right-place-at-the-right-time notion has largely been what has kept other states in the black. Take Texas, which has deep roots in businesses that are flat-out booming. The Lone Star State already had plenty of big energy producers a generation ago, and they grew fast, often devouring rivals from out of state. Three of the nation’s four biggest oil companies are based in Texas: Exxon Mobil (2), Phillips 66 (6), and Valero Energy (10). It’s also home to ConocoPhillips (47). Exxon and ConocoPhillips made major acquisitions, with Exxon snatching Mobil from Virginia in 1999. The energy tide has made Texas the king of Fortune 500 sales, jumping to first from fifth place in 1995.

Then there’s tiny Arkansas, with population a hair shy of 3 million. Its ascent over the past generation has been faster than any other state’s. Arkansas added $450 billion in revenues over the past two decades, expanding at 9.4% a year, four points better than the 500 average. The Natural State’s 500 members created an incredible 1.6 million jobs in 20 years. That’s 76% more than No. 2, California. Yes, Fortune readers will recognize this as mainly a Wal-Mart story: The discounter accounts for almost $400 billion of the state’s revenue gains and a boatload of jobs both in and out of state. But Arkansas also gained from the fast rise of Tyson Foods (leaping to No. 93 in this year’s list, from 225 in 1995), and the arrival of Murphy Oil (470) and its spinoff, Murphy USA (175).

On the other side of the corporate coin is New York. Three forces buffeted the Empire State over the past generation. First, a number of important companies departed for other states — notably Altria (161) for Virginia, CVS Caremark (12) for Rhode Island, and International Paper (105) for Tennessee. Second, it lost a number of troubled manufacturers through shrinkage, spinoff, or acquisition: The once-iconic Eastman Kodak, slow to adapt to the Digital Age, faded from view, and both ITT and RJR Nabisco sold off various business segments.

That said, the most important driver has been the third: the loss of big names in New York’s signature industry, financial services. Since 1995 the state has lost 16 financial and insurance companies, nine of which moved to other states via acquisition or went bankrupt. More infamous losses, naturally, came in the financial crisis, when three once-mighty firms were sold in distress: Merrill Lynch to BofA, Bear Stearns to J.P. Morgan Chase, and Lehman Bros. to Barclays of Britain. New York’s travails in financial services are largely responsible for its subpar 20-year growth rate in sales of just 3.4% and its loss of 124,000 jobs.

Illinois is another tale. The state has several great brand-name companies: Boeing (which it snagged from Washington), Caterpillar, McDonald’s, and Abbott Laboratories. At the same time, it has managed to lose companies in more ways, it seems, than any other state. In 20 years, 22 companies have departed through out-of-state acquisitions, buyouts, shrinkage, splintering, and bankruptcies. Many left for other nations: Amoco and Household International, for instance, both went to the U.K., the former to BP and the latter to HSBC.

If there is good news for the more savaged of states, though, it is this: The great reshuffling has left them with portfolios that may be more promising than the ones they started with. The same industries that prospered in the past 20 years may not be the anointed of the two decades to come. So the past laggards could do far better, and the recent winners are by no means certain to repeat. The secret to success, in any case, isn’t truly geographical at all, but rather existential. Or to use a word with a California feel: reinvention.