Your boss is way better than you at getting a raise 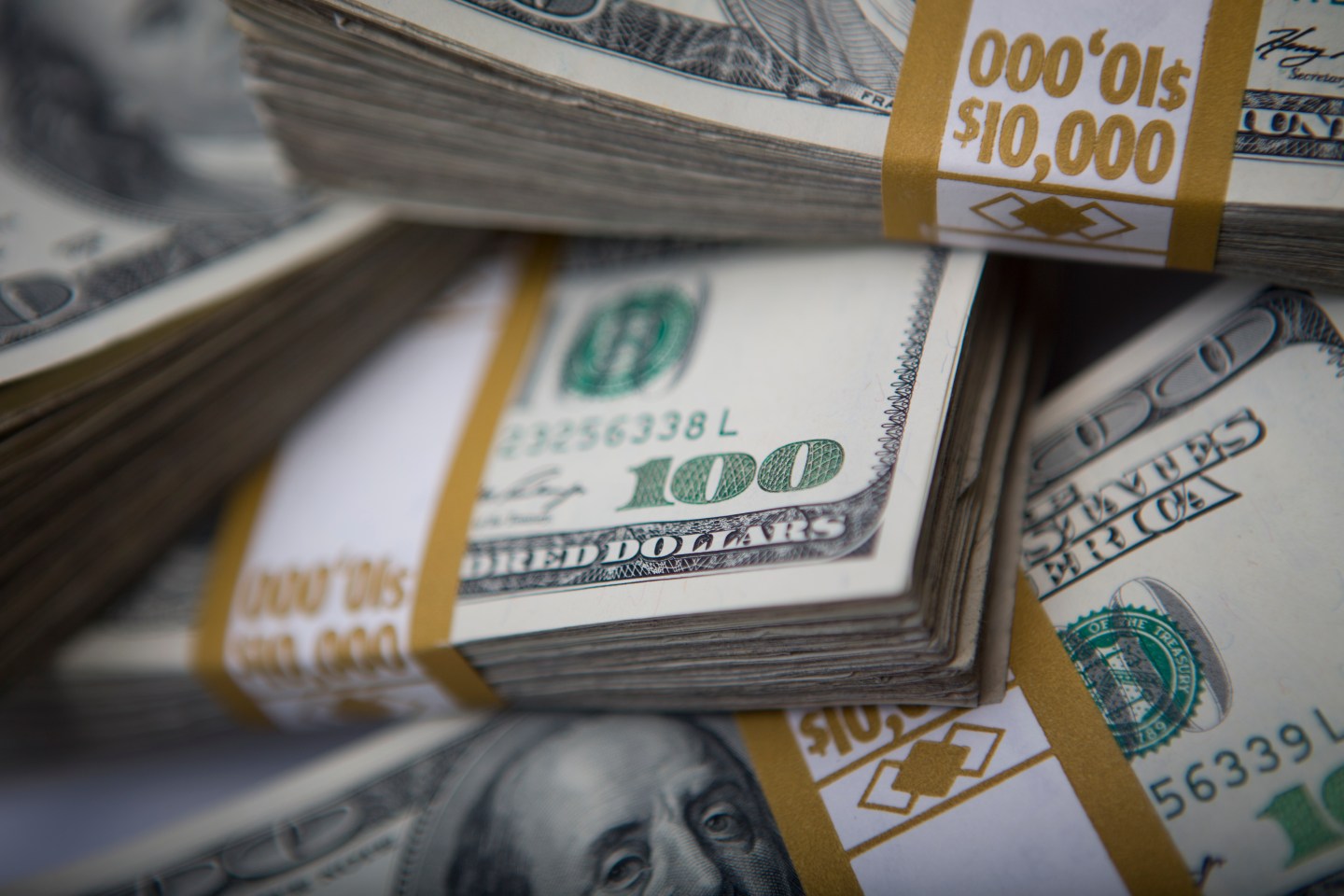 Stacks of U.S. $100 bills are arranged for a photograph in New York, U.S., on Thursday, Feb. 7, 2013. The U.S. dollar advanced in trading today to the highest in almost three weeks against a basket of major currencies. Photographer: Scott Eells/Bloomberg via Getty Images
Photograph by Scott Eells — Bloomberg/Getty Images

The average CEO now makes $10.5 million per year, or 257 times the amount his median employee pulls in.

For the vast majority of us, these salaries are mind-boggling. After all, that $10 million the average CEO makes in a year is nearly 4.5 times more than what your typical bachelor-degree-holding worker makes in his entire lifetime.

And though executive compensation fell sharply during the recession, the upward trend it had been on since the 1970s has once again resumed, with CEO pay increasing by 8.8% in 2013, a rate that’s far greater than inflation and the fourth straight year of increases.

Corporate law expert Michael B. Dorff argues in his forthcoming book, Indispensable and Other Myths, that increases in CEO compensation have far outstripped what executives actually produce for their firms and society at large. Ironically, corporate boards’ attempts to tie executive pay to performance have caused this imbalance. Dorff argues that while paying for performance makes sense on its face, it’s actually a flawed philosophy that can hinder corporate performance rather than motivate executives to work harder. He argues that while pay for performance works when a worker is engaged in “boring and repetitive” tasks like assembly line work, it fails when it is applied to workers engaged in creative tasks or those that involve managing people.

Even worse, pay-for-performance encourages escalating salaries for the simple reason that human beings are risk-averse — and, all else equal — will demand smaller but guaranteed payments to a larger payout that’s less certain. For instance, the average person would prefer a guaranteed salary of $1 million to a base salary of $500,000 with a $1 million bonus that the person has a 50% chance of capturing. In both instances, the person should expect to earn $1 million, but people tend to choose the more stable option. This dynamic, according to Dorff, leads executives to bargain hard for high pay guarantees, leaving the board’s “performance pay” to be nothing more than icing on the cake.

Furthermore, those who rise to the executive level often need no outside motivation to succeed at their jobs. Indeed, pinning pay to performance can actually be counterproductive for these people, encouraging them to focus on metrics that oversimplify success, like a company’s stock price. At times, it even encourages executives to outright cheat.

Measuring the “performance” of a CEO is likely one of the most difficult tasks for corporate boards. To illustrate this point, Dorff uses the example of former General Electric (GE) CEO Jack Welch, who was dubbed by Fortune in 1999 as the “manager of the century” after leading GE from a $14 billion market cap in 1981 to $415 billion 20 years later when he retired. Writes Dorff:

“How much was Jack Welch really worth? General Electric certainly prospered during his tenure as CEO, but how much of that was due to Welch as opposed to GE’s preexisting personnel, intellectual property, factories, market position, and brand reputation? How much was due to general market conditions or fortuitous circumstances? There is no way to answer that question with any confidence. Crediting Welch alone with the rise in GE’s stock price seems an extreme position.”

Just because it’s difficult to measure a CEO’s contribution to a company doesn’t, of course, mean that a corporate board should just give up on the idea. The problem is corporate boards have settled for the illusion of accountability with compensation programs that pay big when stock prices and other simple metrics indicate success, but they do little to punish for poor performance.

Much of the time, the illusion of accountability is all boards desire. Economists have long recognized the problem of separating between who owns a company (shareholders) and those who control it (the board and executives). Because most owners of publicly traded corporations don’t own a large enough share to exert any control over a firm or to benefit from taking the time to oversee its stewardship, boards and executives can enrich themselves at the expense of a firm’s owners. Pay for performance was supposed to solve this problem, but it ended up being nothing more than a fig leaf. As Dorff writes:

“In 1993, when average CEO pay had already risen sharply from its thirty-year, postwar plateau of about a million dollars a year, compensation for the top five exectutives at each corporation absorbed some 5 percent of corporate profits on average…. As big as that number seems, though, that number doubled just ten years later.”

Some suggest that this is simply the work of the free market rewarding what has become an increasingly important job for American corporations. But defenders of escalating pay often forget that boards aren’t always looking after the best interests of their shareholders, especially when it comes to deciding the pay of an executive who is in their peer group and is likely responsible for placing directors on the board in the first place.