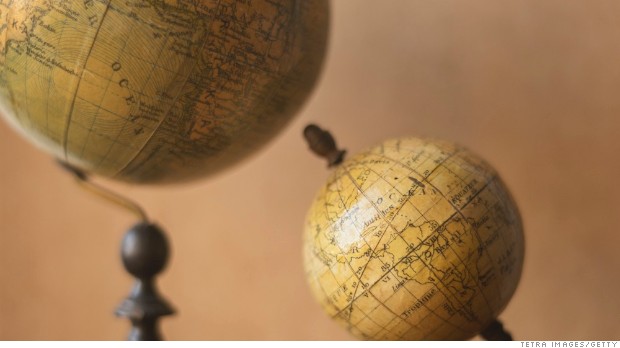 Dear Annie: I joined a global manufacturing company as a project manager last year, and have now been tapped for my first overseas assignment, in one of our factories in China. It’s a big career move, since all the senior executives in my division have a lot of international experience, and I’m really excited about it.

The only thing giving me pause is that I’m being sent there to “turn things around,” replacing someone who failed to reach the targets set by senior management. When I asked him what obstacles he was dealing with, he said that, although he explained repeatedly what needed to be done, the team he managed kept doing everything the same old way. Another issue has been that people who were aware of major production glitches didn’t say anything until it was too late to fix them. Can you or your readers shed any light on how to avoid a replay of the same problems? — Beijing Bound

Dear B.B.: Interesting question, especially since international assignments seem to be on the rise. Almost 40% of U.S.-based companies sent more employees overseas abroad in 2013 than they did in 2012, according to recent report on corporate re-locations by movers Atlas Van Lines. Some employers offer cross-cultural training to managers they’re sending overseas, but others — such as yours, apparently— expect people to figure it out for themselves.

That can be tough, because even Americans who have traveled a lot on vacation often don’t grasp how doing business differs across cultural lines. “A big factor in this is that American business norms are the most task-oriented in the world,” notes Erin Meyer, a professor of management at global business school INSEAD in France. “Managers are focused on the work. They just want to get the job done.”

In many other countries, however — including China, Japan, Korea, and India, but also other places like Mexico, Brazil, and Nigeria — that approach not only doesn’t work, it’s considered downright offensive.

“There’s often much less of a dividing line between ‘business’ and ‘personal,’” Meyer says. “So the managers who succeed are those who try to get to know colleagues at a deeper level” by, for instance, going out for lots of dinners where business is never discussed. It may strike many Americans as a waste of time but, says Meyer, “colleagues in other countries need to know and trust you before they can do business with you.”

Meyer wrote a fascinating new book you might want to check out, The Culture Map: Breaking Through the Invisible Boundaries of Global Business. Meanwhile, she has three suggestions for you on how to do better in China than your predecessor did, especially when it comes to getting people to be honest with you about what is going wrong.

First, understand that the role of boss in China is not at all the same as in the U.S. “A Chinese boss is much more of a father, or mother, figure,” Meyer notes. “You need to get to know people individually and be much more involved in their personal lives, including helping them solve personal problems, than is usual for American managers.”

Breaking through Asian employees’ initial shyness and reserve takes some patience, she adds, but it’s well worth the investment of time, because it creates the kind of loyalty and trust that makes people more willing to follow instructions at work — and, just as important, encourages people to be frank with you (about, for example, those “major production glitches” you mention).

Second, says Meyer, “Learn to recognize the unsaid ‘no.’” As the manager you’re replacing seems to have learned the hard way, people raised in more hierarchical cultures have been taught that saying “no” to an authority figure is disrespectful. So is pointing out reasons why his or her ideas or instructions won’t work.”

In a U.S. meeting, for example, the boss often expresses his or her point of view first and then asks for comments. “If you do that in China or any other more hierarchical society, everyone will feel obliged to agree with you,” Meyer says — even if they know perfectly well that you’re dead wrong.

This plays out in other potentially disastrous ways, too. “If you ask a Chinese employee, ‘Can you get this done in two weeks?’ he or she will say something like, ‘Yes, we will try,’” says Meyer. “But that is usually just politeness. If it comes with any hesitation, or a sigh, it probably means, ‘No way in hell.’” Anything that “smells at all like a ‘no,’” she adds, means that “you need to dig deeper to find out the real situation” — which is a lot easier if you’ve already built rapport.

A third major difference between American and Chinese culture is that, in the latter, the group’s consensus takes precedence over any individual’s point of view. “You won’t get honesty by putting anyone on the spot,” Meyer says. “Employees are not comfortable expressing their own opinion. They need to confer with each other first.”

So it’s a mistake to run team meetings the way you probably do in the U.S., calling on people one by one or expecting them to chime in with their thoughts. Instead, Meyer advises, “Suggest that the group have a short discussion without you — during a 15-minute coffee break, for instance, where you leave the room — and report back to you afterwards on how they see the situation.” That approach is much more likely to lead to the kind of candor you’ll need to successfully turn things around.

Talkback: If you’ve ever worked in a foreign culture, how was it different from doing a similar job in the U.S.? Leave a comment below.