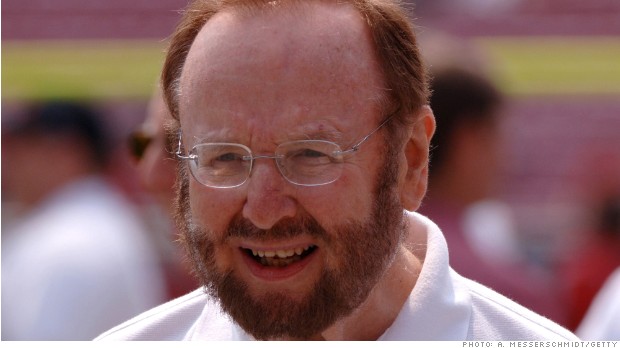 Tampa Bay Buccaneers owner Malcolm Glazer is on the sidelines before play against the Buffalo Bills September 18, 2005 in Tampa. (Photo by A. Messerschmidt/Getty Images) *** Local Caption ***
Al Messerschmidt

FORTUNE — Malcolm Glazer, who owned the Tampa Bay Buccaneers and was the CEO of First Allied Corporation, died Wednesday morning, three days after his 86th birthday, the Buccaneers’ website reports.

Glazer purchased the Buccaneers in 1995, helping to lead them to a Super Bowl win in 2002. In 2005, Glazer purchased Manchester United, which his children now own. The club has since won five Premier League titles, including their last in 2013.