A Kickstarter for real estate gets a big boost 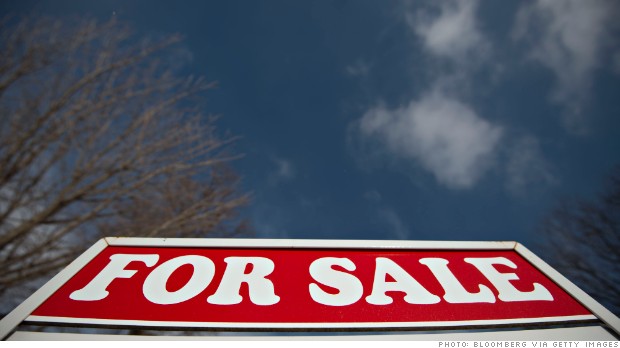 A for sale sign stands outside a home in Princeton, Illinois, U.S., on Wednesday, Jan. 22, 2014. The National Association of Realtors is scheduled to release its monthly existing-home sales figures on Thursday, Jan. 23, 2014. Photographer: Daniel Acker/Bloomberg
Daniel Acker © Bloomberg Finance LP 2014

FORTUNE — As crowdfunding has grown from a niche fundraising method to a legitimate platform that leverages the everyman to fund projects of all sizes and kinds, the finance model has worked its way into a variety of industries. Exhibit A might be real estate, where there are now a dozen or more platforms offering individuals the ability to fund real estate projects. Now one of the leaders in the field, Fundrise, is announcing a round of funding that will likely put the sector on the map in a bigger way.

Self-funded until now, Washington, DC- based Fundrise has raised $31 million in a Series A round led by Chinese social networking giant Renren and including the top management of Silverstein Properties—the firm’s CEO Marty Burger and chief investment officer Tal Kerret—as well as the Collaborative Fund, the sharable economy-focused firm that’s backed the likes of Kickstarter, TaskRabbit and Lyft.

Founded in 2010 by brothers Ben and Daniel Miller, Fundrise offers individual investors the chance to invest directly in the commercial real estate around them—a market dominated by institutional investors and, with the exception of REITs, typically off limits to all but the wealthiest individuals. (“As an individual, it’s easier to invest in a foreign country than to invest in a property across the street,” the company’s website says.)

While other crowdfunding real estate companies focus on specific niches like house flipping, or offer a purely transactional platform, Fundrise’s approach is a little different, playing up the social good that comes from the ability to help shape one’s own community. The domination of large institutional investors in real estate investment, Fundrise maintains, leads to fund managers who are disconnected from the places they invest in, leading to buildings and cookie-cutter projects that may not be the right “fit” for the local market. Residents on the ground, on the other hand, often have a keen sense of the peculiarities of their market (who among us doesn’t consider ourselves an armchair Donald Trump?) and should be empowered to have a say in what gets built in their neighborhood—and to benefit from the upside.

How it works is relatively straightforward: developers list projects on Fundrise, and investors buy shares in the project for anywhere from $100 to $5,000. The investors can make money on rent, if the development is leased, and on the appreciation of the real estate.

So far, developers using the site have closed investments for around 30 projects totaling some $15 million, but the site is scaling fast; Co-founder Ben Miller says it is raising money at the rate of $1 million a week. Most deals are in New York, Washington, D.C., Los Angeles and Philadelphia.

The new funding will let the brothers open in new markets like Seattle and San Francisco. Interestingly, it will also be used to open the platform up to institutional investors. Miller says the founders discovered that individuals can only raise so much money; to scale big real estate projects, they learned, requires some institutional investment. “We found that if you have 1,000 or 2,000 investors, that [will add up to] a few million, but if the project is $10 million, you need $8 million more,” Miller says. “You need to get the scale.” That may change as the platform continues to grow, Miller says. But he also thinks big investors will see the value of investing alongside members of a community, a group that brings “social capital” to a project, which can help ease approvals in the often fraught urban building process.

Fundrise’s new investors may help get big investors on board. In addition to the top management at Silverstein, other investors include Chris Rising of California office real estate giant Rising Realty Partners; Ackman-Ziff Real Estate Group; Richard Boyle, partner at Khosla Ventures and former CEO of commercial real estate online marketplace LoopNet; and Scott Plank, a former executive of Under Armour (and brother of founder Kevin Plank) who started his own real estate development firm.

MORE: Airbnb cozies up to cities

The brothers Miller have real estate in their blood. Their father is Herbert S. Miller, a prominent real estate developer who developed mixed use projects in the Washington area and is perhaps best known to some for founding the “Mills” chain of super regional outlet centers. (Philadelphians have the elder Miller to thank for Franklin Mills and the ability to experience, for a time, the nirvana of having Neiman Marcus’ Last Call and Saks Fifth Avenue’s Off Fifth together under a single roof.)

Critics of Fundrise have pointed out that it’s a risky investment for the average retail investor: real estate investments are highly illiquid, and investors are at the mercy of the experience and skill of the developers with whom they invest. And as anyone in real estate knows, investing in projects often entails making speculative bets that can be derailed by elements outside anyone’s control—a problem tenant, unanticipated setbacks in the permitting and approval process, a deal falling through, a superstorm.

Miller counters that Fundrise is an alternative investment, and investors should treat it as such and adhere to the normal rule of thumb not to put more than 10% into that category. He adds that with a low minimum of $100 per investment, it’s easy for investors to diversify among types and locations of projects within the Fundrise portfolio.

But risk, as anyone knows, is part and parcel of investing in real estate; there’s a reason it isn’t for the faint of heart. Just ask Donald Trump.