Donald Sterling hands over Clippers to wife Shelly to sell 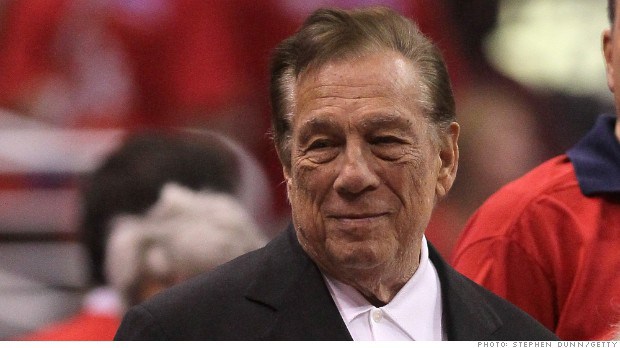 LOS ANGELES, CA - MAY 05: Los Angeles Clippers owner Donald Sterling stands on the sidelines before the game with the Memphis Grizzlies in Game Three of the Western Conference Quarterfinals in the 2012 NBA Playoffs on May 5, 2011 at Staples Center in Los Angeles, California. The Clippers won 87-86 to take a two games to one lead in the series. NOTE TO USER: User expressly acknowledges and agrees that, by downloading and or using this photograph, User is consenting to the terms and conditions of the Getty Images License Agreement. (Photo by Stephen Dunn/Getty Images)
Photo: Stephen Dunn/Getty Images

FORTUNE — Donald Sterling has signed over the Los Angeles Clippers to his wife Shelly, according to TMZ. After previously holding shared ownership with her husband, she is now in discussion with the NBA over the sale of the team, the report said.

This comes after Donald Sterling was banned for life from attending league events due to racist comments he made to assistant V. Stiviano.

Meanwhile, on Monday, the NBA set a hearing for June 3 in New York, charging Sterling with damaging the league because of his remarks. Sterling’s lawyer, Max Belcher, asked for a three-month delay after the charges were made, although that was turned down by the NBA right away, according to ESPN.

It is currently unknown whether Shelly Sterling will sell the team entirely. That is the only way she can become the new controlling owner, the ESPN report said. The NBA’s board of governors would not approve her to take over from her husband.