Can a virtual incubator democratize entrepreneurship? 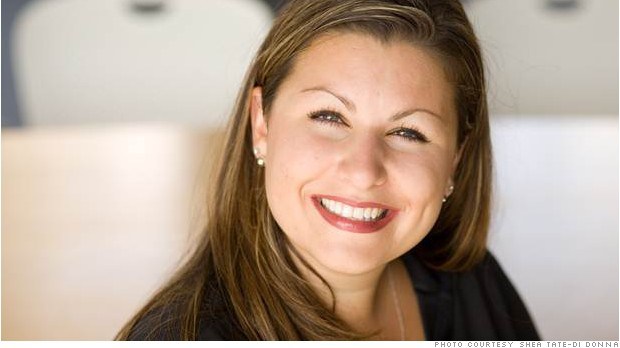 FORTUNE – Shea Tate-Di Donna knows what entrepreneurs need. In Silicon Valley, she’s best known as one of the founding partners at True Ventures, a venture capital fund focused on early-stage companies. She was also the architect behind True University, a two-day conference that brings together companies in the True portfolio to share ideas and collaborate.

If that sounds a little kumbaya, Tate-Di Donna’s latest project has similar idealistic aims. Zana is a virtual incubator that will, in her words, “democratize entrepreneurship.”

It’s easy to see how Zana (pronounced zah-nah) was born out of one of True’s core values: Encouraging CEOs to turn to one another for help and advice. It’s a rare strategy among venture firms, and one that’s served True well. Those values, and more than a decade’s worth of conversations with founders, led Tate-Di Donna to create a peer education-focused incubator available to anyone with an Internet connection. “Zana is a platform versus a content delivery vehicle,” Tate-Di Donna tells Fortune. “The real magic happens when entrepreneurs talk to each other.”

A free and open-to-the-public incubator shouldn’t seem revolutionary, but it will likely be in hot demand among would-be founders. This latest tech bubble and shows like HBO’s Silicon Valley have bolstered the idea that starting a company simply requires drive and determination. The best accelerators and incubators are bombarded with applications and at maximum capacity. Y Combinator, for example, reportedly receives one application per minute, with an acceptance rate hovering just above one percent.

There also tends to be a self-selecting group that applies for early-stage funding and mentorship. In March, YC founding partner Jessica Livingston told Slate that while she thinks 2014 will be a tipping point year for women in tech, only 84 of the 633 startups YC funded over the years had at least one woman founder. “In the mid-2000s, we were lucky to get one female per batch,” she said.

That’s changed, of course. But the numbers of non-white, non-male accelerator applicants still lag far behind. In venture capital, the gender imbalance is even worse; women comprise just four percent of all VCs. “When I was at True Ventures,” Tate-Di Donna says, “I was only woman for the first five years. And I was the only woman on the investment team for seven years.”

She also saw an obvious gap in the current swath of entrepreneur-centric opportunities. “There’s not a trusted, gold standard, de facto place that will help move a business forward through its life cycle as a company,” she says. “YC good for early-stage. There are incubators and accelerators focused on periods of time or specific skill development. But peer-led education support—that’s where we see the enormous opportunity.” (Also, a note about the name: Zana was a goddess in Romanian mythology known for giving life and generously bestowing gifts.)

With Zana, there aren’t any real barriers to entry, as it’s free and available on demand. (The revenue structure is a basic freemium model with a premium option available to companies. There will also eventually be a certification program enabling employers to test employees on various modules.) It also promises to unite entrepreneurs from various industries and from all around the world.

Even Tate-Di Donna’s team speaks volumes about her commitment to recruiting top talent with varied interests and expertise. Zana’s lead developer Joel Burton is a skilled programmer and trainer who is also a sex educator with a degree in women’s studies. (Only in San Francisco.) Respected technologist and Zana advisor Ian McFarland recommended Burton after Tate-Di Donna explained her need for a robust platform that will scale to accommodate the thousands of users she hopes to eventually attract.

Even after you’ve been using Zana for a while, she explains, your company will have new needs. In a similar way that Amazon suggests products based on previous purchases, Burton’s algorithm will introduce new, relevant resources as your business (and your needs as a founder) evolves.

With inclusivity as the backbone of the new resource, it’s the Zana content that takes center stage. “With True University, it was great to have annual event,” she says. “But entrepreneurship is a 24/7 business. At one True University conference, I recorded videos, and then put them up on private site. But most were 60 to 90 minutes long.” Many Zana videos last just one minute; none are longer than five.

There are 10 Step Lessons applicable to a variety of early- and mid-stage businesses across all sectors. In her instructive series of videos about design research, Erika Hall, co-founder and director of strategy at Mule Design, reminds fledgling entrepreneurs to research adding value to the world, not just focus on creating something cool. “The very definition of design is solving a problem,” she explains. “[Research] really is just asking questions to make sure that you’re not basing your key business decisions on things you made up out of your head—or things you wish to be true. But if what you actually want to do is create a product that serves real needs and is gonna succeed in the marketplace, you need to understand how those needs are being met and the structure of that marketplace and where it’s going.” Hall, like many experts lending their voices to Zana’s talent pool, offers sound advice at a time when founders are (sometimes rightly) mocked for waxing poetic about making the world a better place.

Zana isn’t the only newcomer to the incubator space. Fast Forward, an incubator exclusively for non-profits, launches this summer and has already accepted five companies (two of which were also in Y Combinator). But for now, Zana is the only incubator open to any founder with a laptop, anywhere in the world.

“We’re just here to connect people so they can talk,” Tate-Di Donna says.