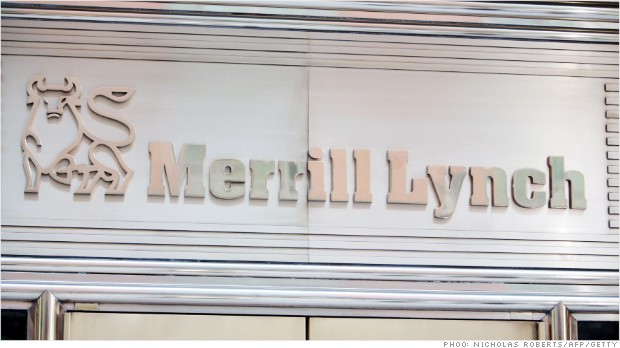 Securities and Exchange Commission officials are examining whether the brokerages overlooked signs of drug trafficking and other crimes because they did not do enough to learn the names of their customers.

A Schwab spokeswoman told Reuters, “All of us at Schwab are troubled by the suggestion that we are not complying with anti-money laundering regulations, and further troubled by the manner in which these allegations have apparently been made via anonymous press leaks.”

“In addition to a variety of controls, such as striving to know our customers, we do not accept cash to fund a brokerage account,” she said. “As a good corporate citizen serving the needs of millions of legitimate customers, we take seriously our anti-money laundering responsibilities.”

Schwab did not immediately respond to a request for comment from Fortune. Merrill Lynch and an SEC spokeswoman declined to comment.

So far, SEC investigators have found that Schwab and Merrill Lynch opened accounts for shell companies and individuals who gave phony addresses. Those accounts were found to be affiliated with drug cartels, the sources said.

Most of the suspect accounts were opened near the Mexican border, with some being worth millions of dollars. In one case, a Texas rancher was discovered transferring funds to a holding company later found to be a shell company. The investigation by federal regulators is not yet complete, according to Reuters.