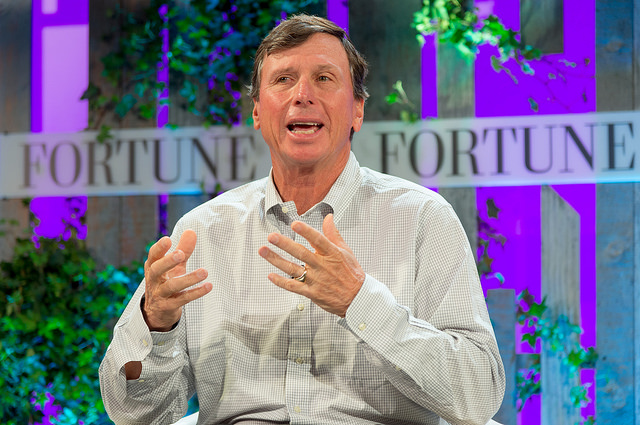 The company’s communications director Jonathan Bass told the audience at Fortune’s Brainstorm Green conference on Monday that a recent survey showed that 62% of respondents want to install solar power in their own homes.

But wanting solar and actually taking the plunge and installing it are two different things: only 500,000 of the 110 million households in the U.S. are solar-equipped.

On Tuesday, broadcasting, publishing, and cable company Cox Enterprises — in partnership with SolarCity (SCTY) — announced an initiative to add to that tally.

Cox Enterprises is launching a national employee solar program that will offer incentives to the company’s 50,000 employees who choose to install solar panel systems in their homes.

“We know that money talks,” Cox Chairman Jim Kennedy said on Tuesday. “So we decided to pay people to try solar.”

Employees who qualify will receive a $500 incentive from Cox. Employees who live in the 15 states and the District of Columbia where SolarCity operates will get an additional $500 discount.

Those amounts are small compared to the overall cost of solar panel installation, which can reach into the tens of thousands of dollars. But the idea behind household solar power is that it pays off in the long run. Kennedy said that he had recently visited an employee who was part of the company’s pilot program. The employee expected an eight-year pay out on the installation of his solar panels; his energy bills had fallen to $700 a year.

One hundred employees in southern California participated in Cox’s test program. Kennedy said that by this time next year he hopes that number will have reached 1,000.