Going public: Learning to lead in a crisis 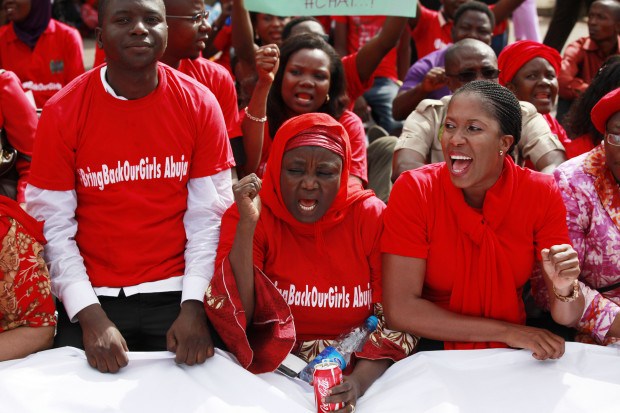 The terrorist abduction of 276 schoolgirls in Nigeria has triggered pleas for help across the Twitterverse, rallied all 20 female U.S. Senators to call for U.S. action and sparked widespread protests against the Nigerian government for its mismanagement of the crisis. On the front lines in the Nigerian capital city of Abuja has been Florence Ozor, who was one of 23 participants in this year’s Fortune-U.S. State Department Global Women’s Mentoring program. Her leadership in the “Bring Back Our Girls” movement is ironic. Ozor, a 34-year-old government relations officer at Nigeria’s Rahamaniyya Oil and Gas Ltd., used to go to work dutifully each day, keep her head down and avoid any public stage. But this past spring, she spent several weeks in the U.S. meeting American women leaders and shadowing her mentor, Theresa Loar, an SVP at CH2M Hill, a Fortune 500 company in the engineering and construction business. By the time Ozor finished the mentoring program and returned home to Nigeria, she had transformed her thinking about leadership and was ready to go public, so to speak. Just in time, given the call of duty in her home country. Here Florence Ozor tells her story:

We had just arrived in Washington, D.C. for the Fortune-U.S. State Department mentoring program, and during an orientation session about leadership, Vital Voices Global Partnership CEO Alyse Nelson was sharing stories of women leading on the front lines of change. Her presentation included pictures of women doing great things and being fully present with the media. I got uncomfortable.

I asked about doing good without engaging in media hype. “I do most of the things we see here already, and I don’t want it known publicly,” I said, adding, “Must there be publicity of the good that one does?

Alyse said that the next facilitator, an expert, would be able to answer my question. The facilitator was Kathleen Matthews.

Kathleen, who is the EVP and Chief Communications and Public Affairs Officer at Marriott International (MAR), taught us some wonderful lessons about reinventing yourself. She spoke about “pushing past fear and embracing change…and re-potting yourself to flower and bloom.”

At the end of her talk, when I gave her my card, she asked me: “Why are you shy about publicity?”

I explained my desire to stay under the radar,. She replied: “Sometimes you need to see beyond yourself and do it for others. How many people can you really help within your space? How many can you reach?” She added, “The little you do will be seen by others who will possibly be inspired to do good in their spaces–and you’ll reach more people because they saw you do it.”

Inside me, I was breaking up. Only I knew the magnitude of what I had given up, just to stay out of the limelight.

Depriving the world of whatever value I can bring — that just broke me…and for what? Privacy! Privacy that I can manage! I never saw it in that light before!

We ended the conversation, and I made a dash for my room…to cry!

After the tears came my moment of decision. Never again! That day, I decided to do what is right however public it gets, hoping it will effect a change and inspire others to do same.

What I’m doing now to help #BringBackOurGirls is by far the most public I’ve been. On April 30, in drenching rain, I joined the first protest to the National Assembly, led by coordinator Hadiza Bala Usman and Dr. Oby Ezekwesili, Nigeria’s former Minister of Education and a former Vice President of the World Bank. I have not missed a single meeting since. And I’m not caring about anything but our girls.

Meanwhile, my emotions are three-faced: Anger, Passion and just Fed Up with the nonsense in my country. That’s all I need to desire change. That’s what I’m running with. I plan to initiate a specific educational program in the coming weeks. I will share details about that soon….and publicly.