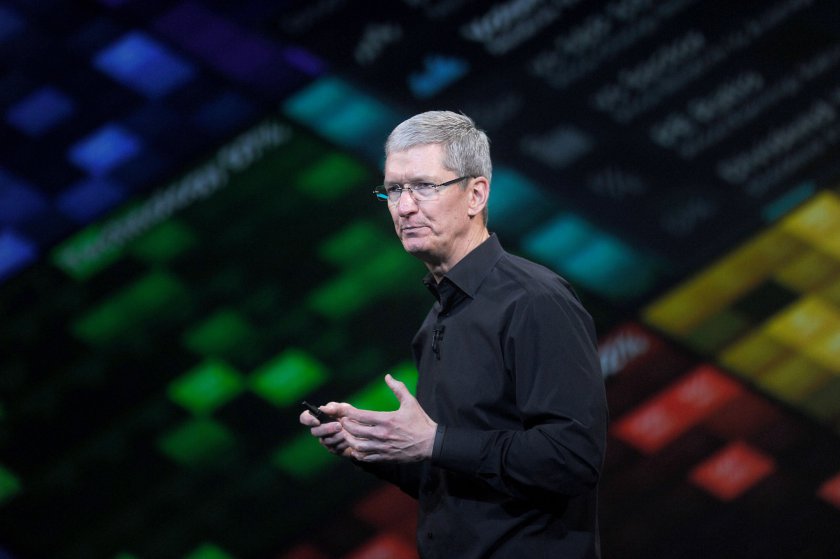 It is already illegal for employers to discriminate on the basis of race, color, sex, nationality, religion, age, or disability. But a majority of states still don't provide protection to LGBT individuals in the workplace. Apple (AAPL) CEO Tim Cook wants to put an end to this discrepancy. In a November Wall Street Journal op-ed entitled "Workplace Equality Is Good for Business," Cook urged the passing of a federal law to protect workers from discrimination based on sexual orientation. "Protections that promote equality and diversity should not be conditional on someone's sexual orientation," he wrote. "For too long, too many people have had to hide that part of their identity in the workplace." Shortly after Cook's op-ed, the Senate voted to approve the Employment Non-Discrimination Act, which would make it illegal to discriminate against LGBT employees in the workplace. The legislation will now be sent to the House for consideration.

Coca-Cola (KO) Chief Executive Muhtar Kent thinks as both a first-generation American as well as a business leader that immigration reform is good for business. Kent outlined in a February USA Today op-ed how "lucky" he felt to be able to make his life in the U.S. and his belief that foreign entrepreneurs should have the same opportunity. The CEO wrote that he supports immigration reform because immigration is "an essential part of the growth calculus for this great country." "We need to make it easier for committed, highly skilled people to make their lives and livelihoods here," he added.

With executive compensation in the U.S. rising and the income gap only getting bigger, it's refreshing to see a CEO who cares about more than his own paycheck. Lenovo (LNVGF) Chief Executive Yang Yuanqing announced in September for the second year in a row that he would share at least $3 million of his bonus with roughly 10,000 of his workers. The generous decision was a product of the personal computer maker's record sales that year. The average worker payout is equal to roughly a month's pay for the typical city worker in China, according to Bloomberg News.

There are few chief executive decisions that drew more attention this year than Yahoo (YHOO) CEO Marissa Mayer's work-from-home ban. The policy was initially seen as highly controversial and had a lot of people upset because of its perceived lack of flexibility. Despite the criticism, Mayer defended her decision to Fortune in April and said that the move was "wrongly perceived as an industry narrative." Mayer said she needed employees to work in the office to encourage collaboration and innovation from workers. So far it looks like her controversial move may be helping the business: Yahoo's stock is up more than 100% since Mayer took over in 2012.

In January, Wal-Mart (WMT) U.S. president And CEO Bill Simon pledged that the world's largest retailer would hire 100,000 veterans over the next five years. In addition, the biggest private employer in the U.S. said it would offer employment to any honorably discharged veteran within his or her first 12 months off active duty. "Hiring a veteran can be one of the best decisions any of us can make, and Wal-Mart is proud that we have hired more than 26,000 since we announced our Welcome Home Commitment on Memorial Day," Simon told Fortune. "Veterans have a strong record of performance under pressure and passion for service, which makes our pledge to hire, learn from, and support them easy."

When the federal government shuttered in October, Starbucks (SBUX) CEO Howard Schultz refused to sit on the sidelines while businesses everywhere suffered. Instead, Schultz wrote a petition calling on his peers to rally together and put pressure on Congress to come to an agreement. "I heard from several business leaders who shared their concern about our relative silence and impact in urging the political leadership to act on behalf of the citizenry," Schultz wrote in a letter on his company's website. But Schultz didn't stop there. The chief executive also offered free coffee for a few days during the shutdown to customers who bought someone else their drink. Schultz hoped the campaign would help people "connect with one another, even as we wait for our elected officials to do the same for our country."

Major American retailers including Wal-Mart, Target (TGT), and Kmart all opened their stores on Thanksgiving to get a jump on the holiday gift shopping season. Wal-Mart even went as far as to open its stores two hours earlier this year than it did last. But Costco (COST) refused to join the trend of "Black Friday creep" and kept its doors shut. Chief executive Craig Jelinek thought giving his workers a day off was more important than increasing his company's bottom line.

With the release of his book Conscious Capitalism, Whole Foods (WFM) CEO John Mackey got business leaders thinking about a compelling idea: Companies work best when they create value for all their stakeholders -- not just investors. According to Mackey, key stakeholders include customers, employees, suppliers, society, and the environment. Highlighting companies like Costco, Southwest Airlines (LUV), and Google (GOOG), Mackey demonstrates that thinking about more than just the bottom line builds stronger and more efficient businesses. "Although it may seem counterintuitive, the best way to maximize profits over the long-term is not to make them the primary goal of the business," Mackey said in an interview earlier this year.

Coke's Kent is not the only chief executive who spoke out in 2013 about the merits of immigration reform for big business. "This is something we believe is really important for the future of our country," Facebook (FB) CEO Mark Zuckerberg said in August. Zuckerberg also helped launch a lobbying group that is working toward immigration and education reform in the U.S called FWD.us.