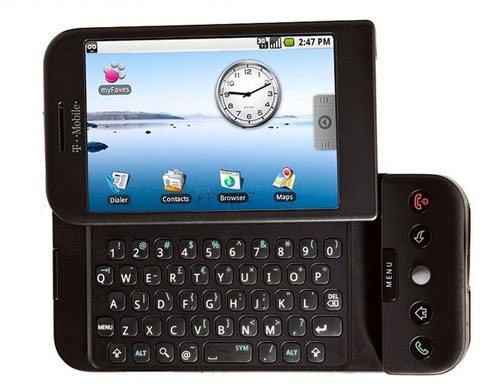 “As a consumer I was blown away. I wanted one immediately. But as a Google engineer, I thought ‘We’re going to have to start over.’”

That’s the money quote in the excerpt from Chapter 2 of Fred Vogelstein’s Dogfight that was posted online Wednesday by The Atlantic. (The first chapter, you may recall, was excerpted two months ago in the New York Times Sunday Magazine.)

The words are Chris DeSalvo’s. A Google (GOOG) software engineer working on what was supposed to be the first Android phone — an unshipped predecessor to the T-Mobile G1 — DeSalvo was watching a webcast of Steve Jobs unveiling Apple’s (AAPL) iPhone at Macworld 2007. His boss, Andy Rubin, saw the same webcast in a car headed to Las Vegas for the Consumer Electronics Show.

“Holy crap,” he said to one of his colleagues in the car. “I guess we’re not going to ship that phone.”

You’d think words like these might put to rest longstanding contentions in the ongoing (pardon my language) fanboy-phandroid flamewar. No such luck, judging from the comments on theatlantic.com and the many sites that linked to it.

LINK: The Day Google Had to ‘Start Over’ on Android.