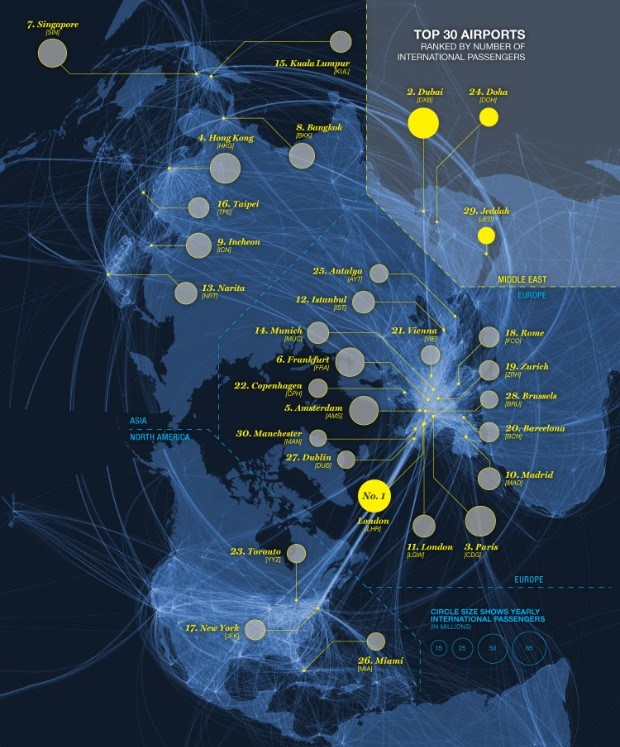 A decade ago Dubai’s international airport would have been far smaller on this map — it was the 17th-largest hub for international travelers. Today nearly 60 million passengers move through a year, and a $7.8 billion expansion will see its capacity swell to 90 million by 2018. It will be the largest, most-trafficked international hub in the world. Dubai’s neighbor Abu Dhabi is building a $3 billion terminal, and Doha, in Qatar, is sinking $15.5 billion into its international airport. All told, the region has seen a 13% rise in international passengers since 2002; North America rose just 1.3%.