Your new location looks like a dud. Should you pull out? 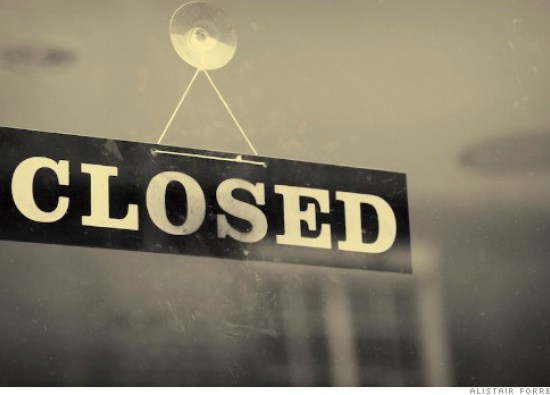 Most growing companies spend a lot of time thinking about scaling up — but their leaders get caught off guard by situations where scaling back makes sense. If a new location isn’t picking up traction after six months to a year, it’s time to cut your losses. Instead of trying to salvage your investment, you need to pull back, regroup, and figure out how to follow your existing customers to a market where you really can make money.

Pulling out can feel like you’re admitting defeat, especially when you consider the sunk costs, in both time and cash — but throwing more money into a failing expansion is only going to make matters worse. Look at the situation like turnaround pros do. Their first step in bringing a company back to health is often to close nonperforming locations.

MORE: Why a Fed taper will be good for the economy

Once you extract yourself from your current situation, it’s time to rethink your growth strategy. Most of the time, when I see entrepreneurial companies expand, they haven’t gathered enough customer data to justify it. You’d think they would do a lot of homework before plunging into a new market, but usually what happens is that someone in top management says, “India looks promising,” or “China has plenty of consumers,” and they plunge into that market to see what they can stir up. The same thing happens locally. They notice that another city doesn’t have a company like theirs and rush in before doing enough market research. Often, it doesn’t work, and they end up slinking out with a big loss on their books.

Here’s my simple rule for expansion: Follow your existing customers into a new market and look for ways to serve them there. You’ll be surprised how many are operating in other places and would love for you to join them. They won’t tell you there’s an opportunity. You have to ask. If you can’t make money from day one in a new market, don’t go there.

I’ve taken this approach at my own company, which now does business on six continents. Our first expansion outside the U.S. was into Malaysia. It’s not a country I would have imagined moving into, but one of our existing customers was already there and wanted our help with consulting and training.

If you’re looking to branch out in the U.S., start gathering information on where customers at your existing location are coming from now. Ask for their zip code when they buy something from you or join your mailing list, just like big chains do. If you notice that you have a large cluster of customers coming to you from a zip code that’s 20 or 30 minutes away, it’s time to explore that market. Talk with them to find out why they’re making the trip. It’s important to find out where your customers went before they stopped by and where they’re heading afterward. If they’re coming to your restaurant en route to your local movie theater, then opening a new outpost in their town won’t help you.

MORE: How do you get out of a cash-flow crunch?

Don’t be afraid to say no to expansion opportunities. Decide what key success factor a new location must meet — whether that’s foot traffic or drive-by traffic or the presence of a cluster of similar stores –and if you’re not going to be able to satisfy those criteria, don’t go there. Consider Southwest Airlines as an example. One reason they’re so successful is that they’ve said no to expansion opportunities if there wasn’t enough demand on a particular route to make it worthwhile.

Of course, even the best market research isn’t a guarantee that a market will work out for you. Figure out a way to test the waters before you commit all of your resources. Instead of signing a five-year lease, sign for a shorter term, even if you have to pay a little more. And if it doesn’t work out, pull the plug sooner, not later. That way, you’ll have more money to fund your expansion plans when they really make sense.