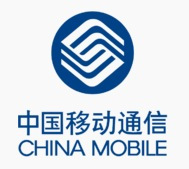 “Around” Dec. 18 was when China Mobile (CHL) and Apple (AAPL) were to announce their iPhone distribution deal, according to the Wall Street Journal.

According to Reuters and the
New York Times
, Xi Guohua, the chairman of the world’s largest mobile phone carrier, told reporters Wednesday morning that his company had no announcement to make on any deal to carry Apple’s smartphones.

UPDATE: According to Lorraine Luk, the Journal reporter who had that scoop two weeks ago, China Mobile is still being “coy” about its plans to sell the iPhone. Meanwhile, the International Business Times‘ Sophia Song reports that by Thursday (Chinese time), about 68,000 people had made online reservations for the iPhone, despite the lack of an official announcement.

“There is little reason for concern, however,” she adds, “as a China Mobile official, who requested anonymity, said the big picture of the cooperation between the Chinese carrier and the American electronics giant has been settled, and only details are still under negotiation.”