Owning a Kindle boosts spending on Amazon by $443 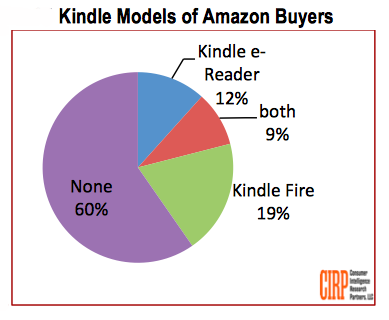 40% of Amazon customer own Kindles.

“Another way to look at Kindle Fire and Kindle e-Reader is as a portal to Amazon.com,” said CIRC’s Josh Lowitz in a press release.

Kindle Fires start at $139. Maybe Jeff Bezos should be giving them away.

LINK: Amazon Has Over 20 Million Kindles In Consumer Hands