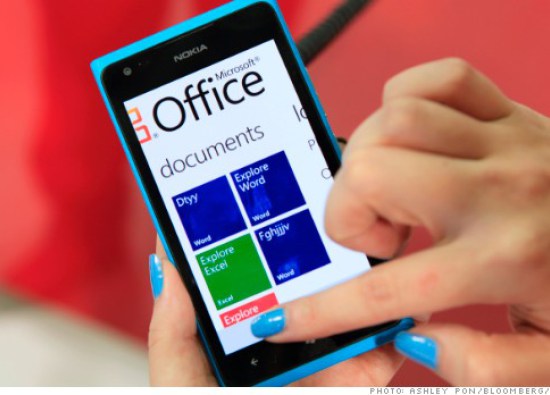 Microsoft (MSFT) is reportedly considering a radical shift in its mobile strategy: offering its operating systems free to manufacturers of mobile devices.

The Verge, quoting unnamed sources “familiar with Microsoft’s plans” reported Wednesday that the company might trade in the revenues it gets from licensing Windows Phone and Windows RT by offering free versions of them in order to gain market share. The idea would be to increase opportunities to earn revenues from search ads as well as via Microsoft’s apps and subscription services such as Skype, SkyDrive, and Office.

Microsoft purchased Nokia’s handset business this fall. Because Nokia was by far the largest Windows licensee for phones (it represents 80% of the Windows-powered handset market), a lot of that revenue has been lost anyway. Licensing fees make up the biggest source of revenue for Microsoft’s operating systems.

In fact, licensing is what built the company. In its early days, Microsoft decided that licensing MS-DOS, then Windows, to manufacturers was the best way to dominate the market for personal computers. Apple (AAPL) took the opposite tack, allowing its operating systems only on its own computers. Microsoft won that battle, and it wasn’t until the rise of the popular Internet, and the subsequent explosion of mobile devices, that licensing became less important in the consumer market than other sources of revenue, such as ads. That’s why Google (GOOG) was able to dominate the market for phone operating systems, and take up a sizable chunk of the tablet market. Google got into the mobile business to boost its existing business: ad sales. And it has worked. By offering free versions of Windows, Microsoft would be targeting Google by following that company’s own strategy. Microsoft’s main interest there is in taking away as much of Google’s whopping-big share of the online ad market as possible.

If Microsoft is indeed planning such a move, it would mark a big change in its corporate strategy, at least in the consumer market, as well as a tacit admission that its approach to the mobile market hasn’t worked well enough.

The decision will come down to whether the lost licensing fees would be made up for by increased revenues from ads and subscription services. That’s not an easy calculation to make. Microsoft will surely gain market share, but that might not be enough, given Google’s dominance, and the loyalty of Apple customers toward both phones and tablets, which for Apple are high-margin businesses.

As one commenter on The Verge put it, “Microsoft isn’t sure whether it should become Google or Apple.” There is a third possibility: that in the mobile market, it will become neither.