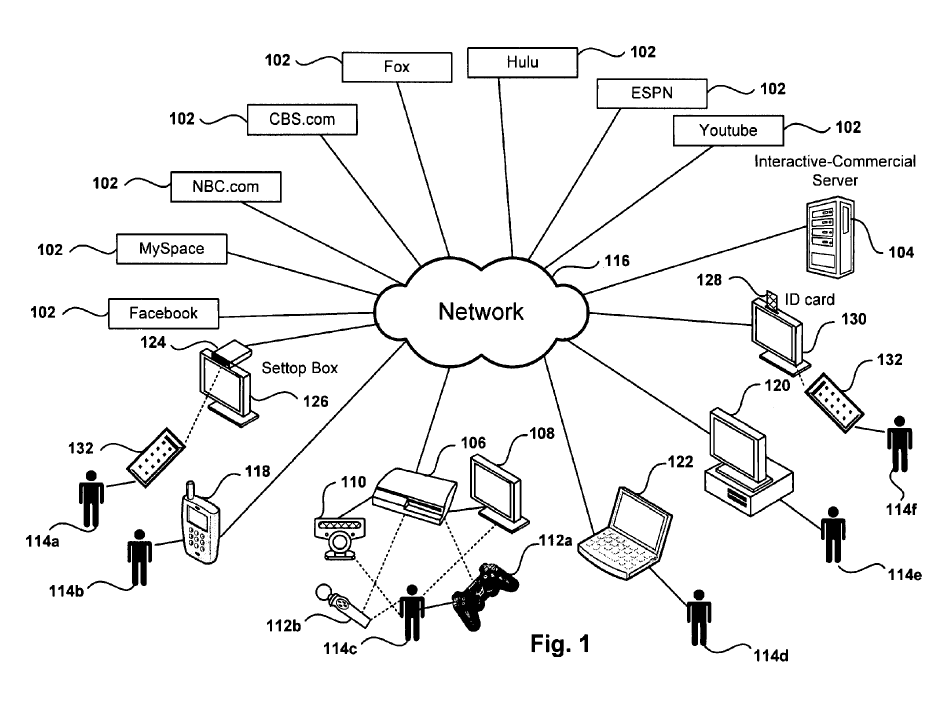 Maybe patent illustrations shouldn’t be fair game. After all they are intentionally crude, existing to be simultaneously vague and specific, laying claim to an innovation or idea without giving too much away. And yet, Sony (SNE) patent 8246454 B2 is irresistible. Filed in 2009 and published last summer, the patent describes “methods, systems, and computer programs for converting television commercials into interactive network video games.” In other words, it describes the potential future of interactive ads.

The 21-page filing contains numerous impenetrable figures and diagrams, but three stand out in particular. Here’s a look:

In the first panel, a user is watching a television program which is interrupted by an ad. The ad instructs the user to say the word “McDonald’s” (MCD) to speed things along. Why the following panel shows the user standing, arms raised, shouting the word before the program resumes, rather than simply saying it as instructed, is a mystery.

In this illustration the user has a motion-sensing remote, possibly Sony’s own orb-topped Move device. The user is instructed to flip a pickle onto the hamburger picture on the screen to speed up the commercial. Which he does, before looking dejectedly, shoulders slumped, at the TV screen’s “Make it your way” slogan. (Burger King’s (BKW) old tag line almost, not McDonald’s.)

This final figure is not revealing. In fact, this kind of thing is already happening courtesy of Microsoft (MSFT) and Pizza Hut. But there’s a funny Easter Egg in some of the text.