Who wouldn’t wish to live in Palo Alto? 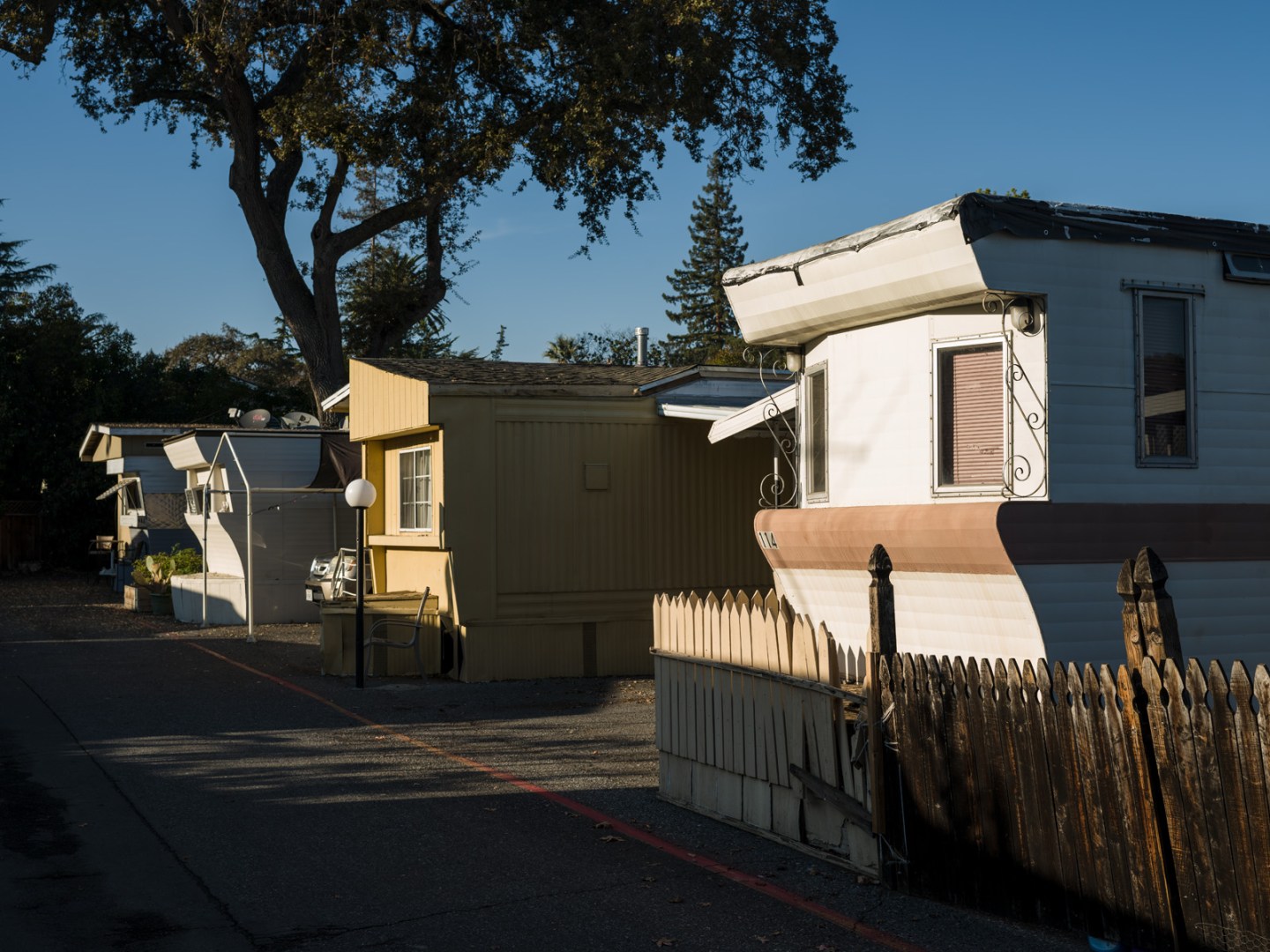 The sun sets on the trailers in the Buena Vista Mobile Home Park. The park offers one of the only affordable housing options in Palo Alto, where the median home price is $3.2 million.
Winni Wintermeyer for Fortune Magazine

When Umbelina Martinez’s family first came to the United States decades ago, from ­Michoacan, Mexico, they settled in a three-bedroom house in Redwood City, Calif. It wasn’t all theirs; 25 people lived on the property, sharing a single bathroom. Martinez’s family of eight squeezed into one bedroom. “My mom and dad had to step over us kids to get to the door,” she recalls.

Today, the 46-year-old single mother of three has much more spacious accommodations: a 200-square-foot mobile home in a trailer park in Palo Alto, the heart of the technology industry and one of the most expensive cities in the country. She has lived there 13 years.

“Who wouldn’t wish to live in Palo Alto?” she asks, seated in her kitchen, which doubles as a living room, dining room, and storage space. Its thin walls are painted pale green, and there is a black refrigerator set against one wall, topped with a TV monitor. (The small quarters call for some creative design.) Kiwis and oranges rest on a tiny table pushed so close to the door that it almost touches.

Most of Martinez’s neighbors live in two- or three-room trailers with their families. Many keep pets. Their homes come in an array of colors, and some feature tiny gardens blooming with flowers and hot peppers.

If Palo Alto, with its many Silicon Valley billionaires, seems like an unlikely location for trailer living, that’s because it is. The Buena Vista Mobile Home Park, tucked behind a Valero gas station on one of the city’s busiest streets, is home to just over 100 trailers and about 400 residents, including Martinez and her kids; her mother, sister, and brother; and his family. (Her mother lives with her; her sister and brother have separate mobile homes.) The residents of the park are mostly working-class immigrants who hold jobs in nearby restaurants, hair salons, and construction sites. They pay around $1,400 a month for rent and utilities in an area where the median home price is $3.2 million.

“For my family and me, it would be impossible to live anywhere else in Palo Alto,” says Martinez, who works as a banquet server at the nearby Four Seasons Hotel.

Buena Vista started out as a road-stop general store and motel in the 1920s. Over the years, it grew into one of the last sources of low-income housing in Palo Alto. In 2012 its then owners informed the residents of the mobile home park that they wanted to sell the property to an apartment complex developer. The plan included some restitution for residents, who would be evicted.

“I didn’t want the money,” says Don Roberto Munoz, one of Martinez’s neighbors. “I wanted my daughters to stay in the schools here.”

Martinez and others echoed the sentiment. So they banded together, aided by supporters from Palo Alto. In 2017 the Santa Clara County Housing Authority purchased the property for $40 million, allowing tenants to stay put.

Martinez’s sister Maria now serves as the president of Buena Vista’s residents association. “It is important to show that there isn’t just one way of thinking,” Maria says. Just a few miles west of her one-room trailer, the founder of Sun Microsystems is selling his four-story mansion. The price? $96.8 million.

A version of this article appears in the January 2019 issue of Fortune as part of the special report, “The Shrinking Middle Class.”