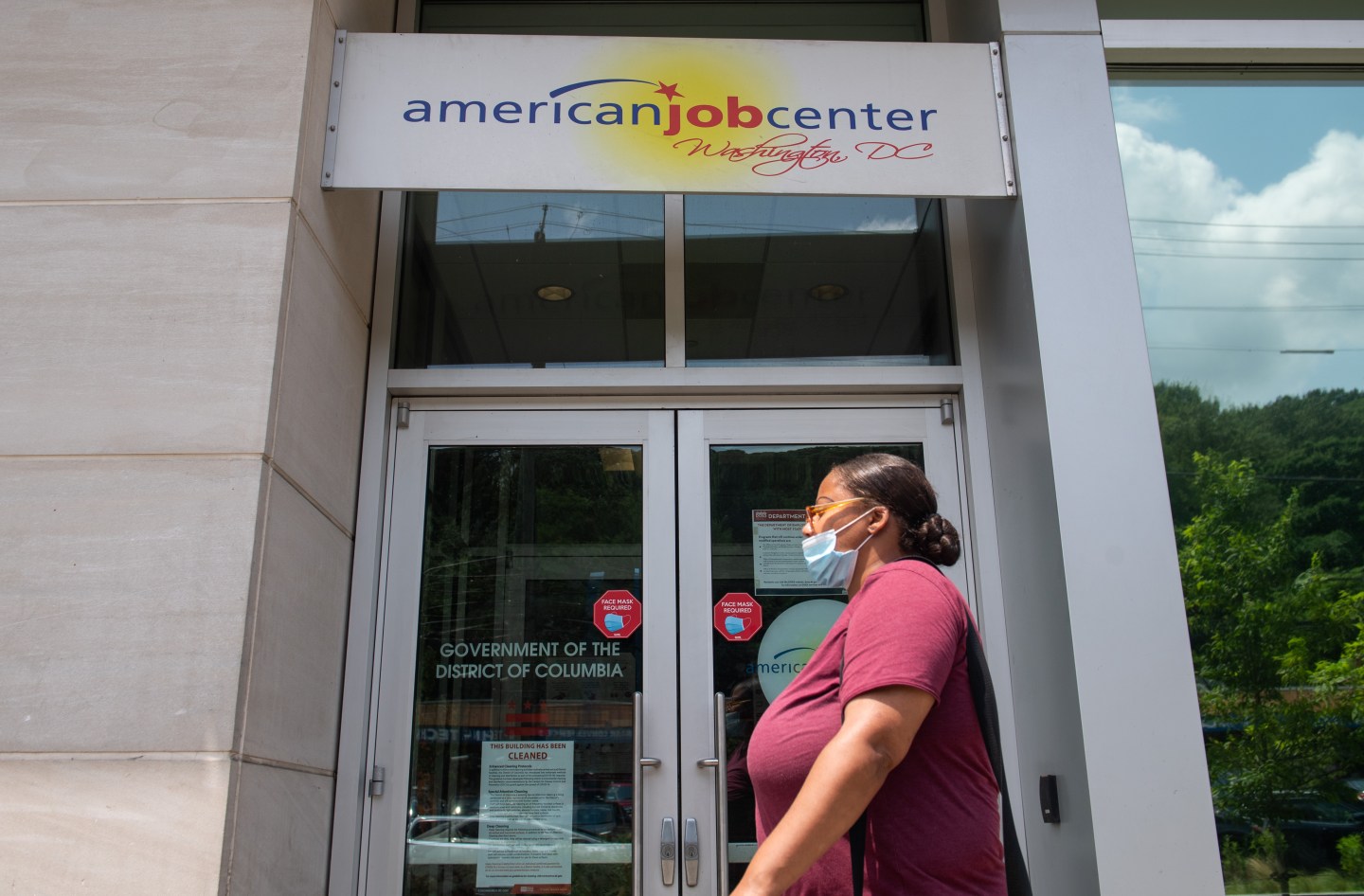 The pandemic's impact on the economy has been particularly brutal for working women.
Getty Images

Women accounted for all of U.S. job losses in December, dramatically underscoring the pandemic’s unrelentingly disastrous impact on working women.

Actually, it’s even worse than that: Technically, women accounted for more than 111% of jobs lost last month. The U.S. economy lost a net 140,000 jobs in December, the first month since April that total payrolls declined, the Labor Department said Friday. But women lost 156,000 jobs overall during the month, while men gained 16,000 jobs, according to an analysis by the National Women’s Law Center (NWLC).

The government’s grim monthly report, the last released under President Trump, shows the pandemic’s ongoing wreckage of the U.S. economy—and the extent to which that damage has been felt by women, especially women of color. Black and Latina women working in retail, restaurants, and other “essential” service-sector industries, often for very low pay, have been disproportionately laid off amid the pandemic’s lockdowns and business closures. Last month, as worsening coronavirus casualties led to new shutdowns, leisure and hospitality employers cut 498,000 jobs—almost 57% of which were held by women. (These losses were only somewhat offset by net job gains in other industries, including the holiday-season retail sector.)

“We knew, if and when there was a resurgence of the virus, that those industries were going to be very vulnerable to shedding jobs again,” says Emily Martin, vice president for education and workplace justice at the NWLC.

Since February, women have lost a net 5.4 million jobs, or 55% of the more than 9.8 million U.S. jobs that have been lost since February, according to the NWLC. Meanwhile, the crippling burden of childcare and remote learning has fallen much more heavily on mothers than on fathers, leading many women to stop working or even looking for work. Almost 2.1 million women have dropped out of the labor force entirely since February, meaning that they are not looking for employment.

Last month alone, 154,000 Black women left the labor force—the largest one-month drop among that cohort since the pandemic’s onset in March and April.

“This crisis continues to have a racially disparate impact, and to really hit hardest Black women and Latinas who are doing jobs we can’t do from home,” Martin says. “If you are in a low-wage service sector job, you’re not able to work from home and try to take care of your kids in between conference calls. Those are jobs where, if you have a caregiving crisis, you may just have to leave the workforce entirely.”

Beyond the current damage to working women’s finances and livelihoods, economists and analysts are worried about the long-term impact on their economic health and future earnings. Almost 40% of unemployed women in December have been out of work for six months or more, according to the NWLC, and “we know from past recessions that the longer you’re out of work, the more likely it is to depress your wages when you do get a job again,” Martin says.

“The impact on women of this crisis is going to be one that they feel economically for years to come,” she adds. “We’re really in danger of widening gender and racial wage gaps—and that has huge impacts for the financial security of women, and of the families who are depending on women.”