Why Tesla’s grid batteries will use two different chemistries 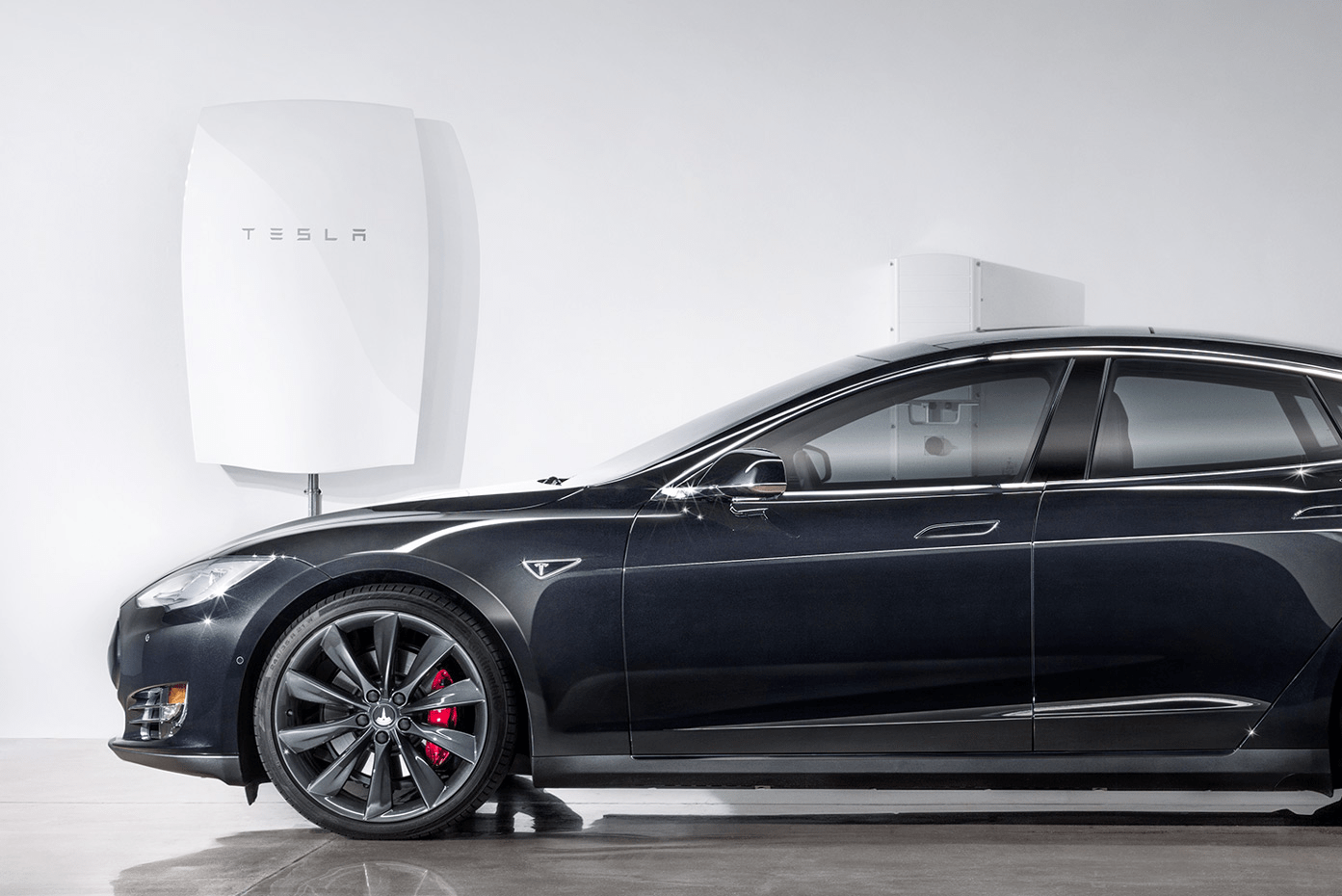 Buried within Tesla Motors’ hour-and-fifteen-minute earnings call earlier this month was the nugget that the electric automaker (TSLA) plans to use two different variations of lithium-ion batteries for its two different grid battery products.

The news could easily be dismissed as just a bit of battery geekery, but there’s more to it than that. It suggests that Tesla is not just increasing how many types of batteries it uses in its products, but that it has the ability to produce both models at its planned battery “gigafactory.” The batteries could influence how the facility is designed.

But before we understand how much this could affect Tesla’s factory, let’s take a step back to explain the nuts and bolts of battery making and why Tesla wants to do this.

Most traditional lithium-ion batteries that are found in devices like cell phones are made using a cathode that’s a mixture of lithium cobalt oxide. The structure of a battery is made up of two electrodes—a cathode (positive) and an anode (negative)—and a medium, called the electrolyte, through which the electric charge flows. Lithium ions move back and forth between the cathode and the anode when a lithium-ion battery charges and discharges.

The batteries that Tesla has been using, sourced from Panasonic, for its Model S electric car are mostly likely a lithium-ion battery with a cathode that is a combination of a lithium, nickel, cobalt, aluminum oxide. The battery industry calls this an “NCA battery” and they’ve been around—and made by Panasonic—for many years.

Typically, lithium-ion NCA batteries use a combination of 80% nickel, 15% cobalt and 5% aluminum. It’s unclear what mix Tesla and Panasonic’s battery combination is. (The anodes in these traditional lithium-ion batteries is usually a graphite combination, which acts as a host for the lithium ions.) The addition of the aluminum to the NCA battery makes it more stable.

Tesla CEO Elon Musk said on the company’s earnings call that Tesla will be using a high energy lithium-ion NCA battery for its new grid battery. Similar to the one it uses in its cars, the grid battery is intended for use by utility companies for back-up power. These are the batteries that, when used in a big battery “farm,” could replace so-called peaker power plants, the “dirty” and expensive power plants that utilities use only when grid demand peaks, such as during a sweltering summer afternoon. (The Tesla website describes this as the back-up battery with a capacity of 10 kilowatt-hours and a price of $3,500.)

In contrast, Musk said that Tesla will use a lithium-ion battery with a nickel, manganese, cobalt oxide cathode for its grid battery. Called an NMC battery, it’s meant to be used for daily cycling for a home, business, or certain types of clean power. “There’s quite a lot of manganese in there,” Musk said. (The Tesla website specs for this battery are 7 kWh battery for $3,000.)

Many traditional NMC batteries use one-third equal parts nickel, manganese, and cobalt. Again, it’s unclear what the combination of Panasonic and Tesla’s version is.

The choice of these two batteries makes sense for what Tesla wants its customers to do with the batteries. The back-up battery is intended to offer a lot of energy, quickly, to smooth out that “heat wave” grid peak without using a peaker plant. It’s like when someone driving a Tesla Model S punches the accelerator.

On an electrical grid, these type of events rarely happen—but they do. A back-up battery doesn’t need to be charged and discharged on a regular daily basis, just when it’s really needed. Tesla says its battery has 60 or 70 cycles—charge and discharge—per year.

Musk optimistically says that the lifetime of that battery is 1,000 to 1,500 cycles, or “maybe 15 years calendar life.” Those numbers should be taken with a grain of salt—they are likely based on a situation in which the battery isn’t always using its full capacity.

Tesla’s daily charging grid battery, on the other hand, is meant to offer more reliable sustained charging every day. If you paired this battery with a utility’s solar energy farm, the batteries would be expected to store the energy from the solar panels during the day to potentially be used at night.

The daily battery can have a lower energy density, but it needs a longer cycle life—that is, it needs to be able to be charged and discharged many more times than the backup battery. The daily battery has a 5,000 cycle life, Musk said on the call, and a similar lifespan as the back-up battery—but again, take those numbers with a grain of salt.

Princeton University assistant professor Dan Steingart says the materials for most NMC batteries are generally slightly cheaper than for NCA batteries—there is more nickel and less cobalt used in the NMC battery. (Cobalt is more expensive than nickel.) But an NMC battery also typically has a lower cost of energy because of the ability of an NMC battery to cycle with more stability than an NCA battery.

Steingart points out that to get the kind of life cycle that Tesla’s NMC battery plans for, it could be charging and discharging at under 80% of its capacity, and perhaps even down to somewhere between 50% to 70% depth of discharge. To get the type of lifespan for the NCA battery that Tesla wants, the company could be doing 80% to 85% depth of discharge. For NMC and NCA batteries in general, Steingart notes: “It’s a tricky dance of what the material is and how far you discharge and how you spec it out to be.”

Another reason why Tesla can use two different batteries for its two grid products is because its main battery supplier, Panasonic, makes these types of batteries at low costs. (As do others, such as Samsung SDI.) Since Tesla plans to build the first grid battery products before the Gigafactory is up and running—assembling them in Fremont similar to the way it makes its cars now—it can just buy these in the traditional way, from a vendor.

But if Tesla decides to keep this model of two different battery types and implements them into the construction of the Gigafactory, it could fundamentally alter the way Tesla builds its factory. On Tesla’s earnings call Tesla chief technology officer JB Straubel said both batteries could be built in the Gigafactory and confirmed that Tesla will have multiple lines operating in the facility.

“If one is nickel cobalt aluminum, and the other is nickel manganese, cobalt, that’s fine. The processes after that is identical,” said Straubel. Musk added that the packs would “look the same at the module and pack level”—just differ at the battery cell level.

Adding complexity to manufacturing processes typically adds costs. If there are two types of battery cells, then the total production of each cell type is naturally half of what it would be if the factory was just producing one cell type. That could be important because the Gigafactory is looking to lower battery costs through economies of scale that come with very large volumes.

But Tesla is well known for innovating around fundamental manufacturing, too, so it’s hard to tell just how much complexity would be added with two cathode chemical mixtures. Though battery manufacturing isn’t just about swapping one chemical mixture for another, sometimes different batteries need to have materials loaded in differently to optimize the power of the battery.

Tesla has also long said that it intends to be flexible if other battery chemistries and types—including advanced next-generation batteries—emerge on the market that are better than the standard lithium-ion batteries. Having two lines, with different chemical mixtures in there at the start, could ultimately be a way for Tesla to remain flexible to accommodate potentially inevitable future tech advancements.

That Tesla is looking to make NMC cells (the type used for the daily battery) in the Gigafactory, and not just NCA cells, could also signal that Tesla might want to make batteries for other applications or as a supplier to other car makers. NMC batteries are the types more commonly used in plug-in hybrid cars.

Even though Tesla is a public company, it still tends to act as a nimble fast moving startup. It could change course or decide to not build one type of battery if it so chooses. Whatever it chooses, the decision could have ramifications far beyond the Gigafactory’s walls.