Leading COVID expert says not enough is being done to help long haulers: “People are desperate, they need treatments” 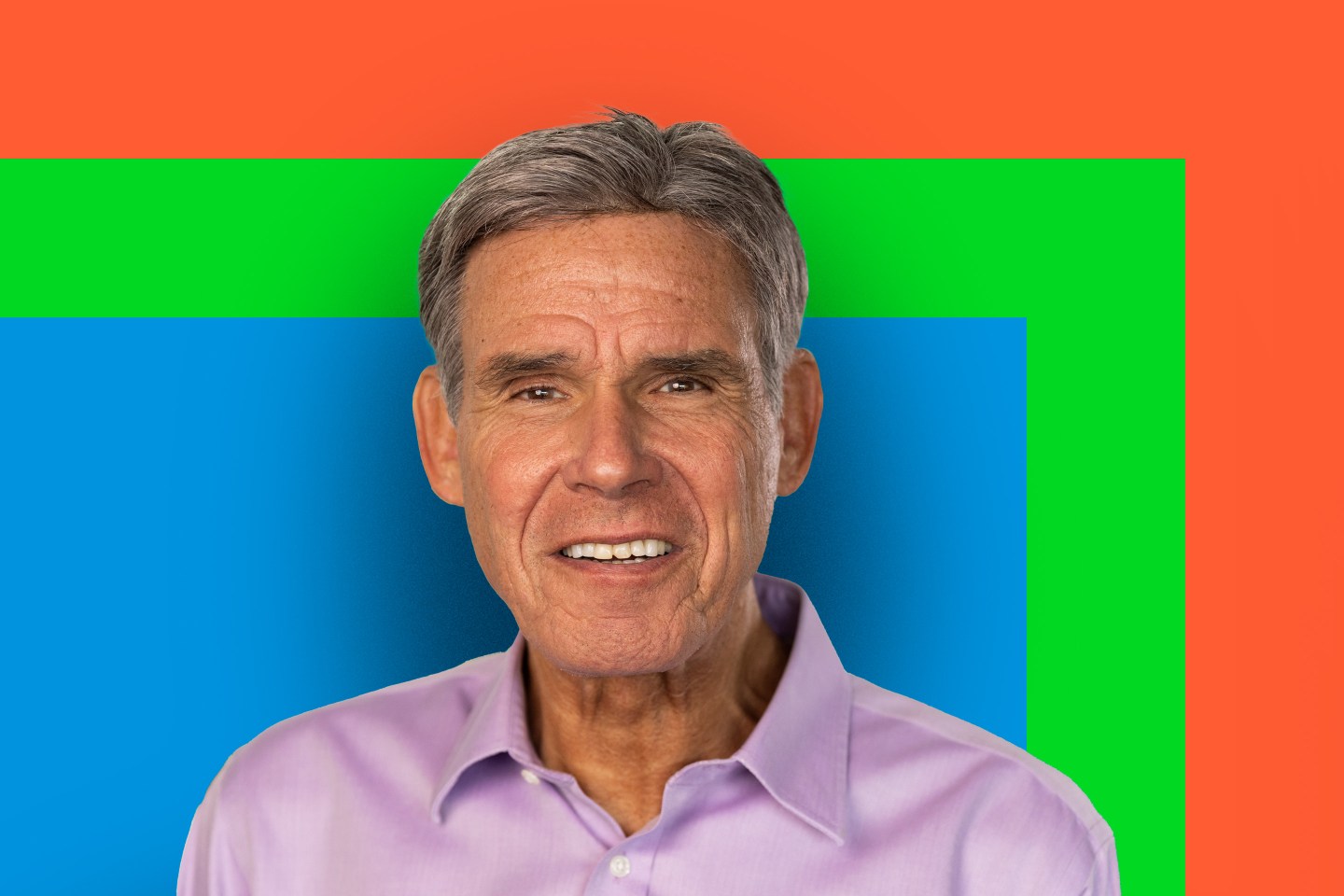 Long COVID is no longer a theory. An estimated 65 million people worldwide, including millions in the U.S., have had the condition or have it now, according to a new review article published in Nature Reviews Microbiology. Researchers, meanwhile have identified more than 200 different symptoms, spanning multiple organ systems. Fatigue, brain fog, post-exertional malaise, new-onset conditions like heart issues, diabetes, blood clots, stroke– all have been reported, and many more.

By the CDC’s definition, long COVID occurs when people experience new, returning or ongoing health problems beyond four weeks after their acute COVID infection. More broadly, long COVID is a still-emerging condition whose toll continues to grow, and although much has been learned about it, far remains unknown—including the best ways to treat and prevent it.

“I wish we had these answers,” said Dr. Eric Topol, a preeminent COVID expert and the senior author on the exhaustive paper, which incorporated more than 200 peer-reviewed studies. “Right now, we are long on mechanisms and short on treatment. That’s the summary of everything.”

Here, Topol, who is also executive vice president of Scripps Research in San Diego, lays out the limits of what we know about long COVID and the urgency with which the government and researchers must act.

Can you give a general working definition of long COVID and describe who this is affecting and how?

Long COVID is the persistence of significant symptoms well after the virus would’ve had its acute illness. The problem with it is that it’s quite a mosaic of different organ systems and symptoms that can be involved. It could lean in one direction, like the autonomic nervous system, or it could lean toward the cardiovascular or respiratory systems. It can take people who are entirely functional, athletic, healthy, and make it difficult for them to get out of bed or difficult to walk just a block.

Fortunately, they aren’t as apt to get it. It can follow the same pattern, but it is not as common.

Are you more likely to get long COVID if you had a severe illness rather than a mild illness?

That’s a really good question. It does appear that if you’ve had worse COVID acutely, you’re going to have more organ systems involved—but it doesn’t mean that if your initial infection was mild, you’re off the hook. You could still have things like a stroke, a deep vein thrombosis (blood clot) or an arrhythmia—those sorts of things. It’s just not as common to have those hits to several organ systems as it is for the people who had severe COVID and had to be hospitalized.

Does vaccination reduce the risk of long COVID?

Vaccination clearly reduces the severity and the frequency of long COVID. The only debate is to what extent. (Estimates have ranged from 15% to 50%.) It doesn’t fully prevent it. There’s only one way to prevent long COVID, and that is not to ever get COVID.

Are those infected with the new variants like XBB.1.5 more or less likely to develop long COVID?

It does appear that there’s a lower chance of getting long COVID, but we don’t know if it’s because of the variants or because people have had more vaccines and more natural infection immunity and combinations of those.

What do the numbers look like globally and in the U.S.? How many are affected by long COVID at this point?

It’s hard to know exactly. Some people have had long COVID and are recovering or even fully recovered, while others are already three years into this. But most estimates are that 3% of the population—which would get us to 10 million – is the minimum number of people in the U.S. with long COVID. The question is, how much more than that? Is it 15 or 20 million? And then there’s obviously a spectrum of severity.

A woman tweeted that she’d run more than 130 marathons, cycled Category 1 climbs, and hiked Mount Kilimanjaro, but that since COVID, her husband “has to carry me to the bathroom due to neurological issues.” Do we have any idea of the long-term spectrum, and how much of long COVID is debilitating?

There are lots of people like the woman you just described, and it’s more apt to be women in that severe group. We know that women are more susceptible to autoimmune diseases, like lupus, Sjogren’s syndrome, systemic sclerosis, etc., so that goes along with it. Men can have severe cases, but it’s more apt to be in women.

What are some of the other proposed mechanisms of long COVID?

Inflammation is a common thread across all. It can affect the autonomic nervous system, and that’s how you can get the neuropathy of postural orthostatic tachycardia syndrome [an abnormal heart rate increase that occurs with standing]. It can also affect the lining of blood vessels, so you can get clotting issues, and it can also be engendered by the gut microbiome being significantly affected and perpetuate the inflammation.

What do we know about reinfection? If someone didn’t have long COVID initially, are they at risk?

That’s a really important area. You can still get long COVID on a second or third infection, unfortunately. Just because you’ve had some immune response from an infection doesn’t prevent it. It’s probably less common, just because part of the long COVID story is (patients) not having an ideal immune response, whether it’s insufficient or a hyper-response. But it isn’t like the second infection is higher risk (for long COVID) than the first. This is very often misconstrued.

Can you talk about what was initially referred to as brain fog, but what we’re now recognizing can be true cognitive dysfunction?

Well, there are a lot of parallels to “chemo brain.” It’s not that the virus infects brain cells directly, but it leads to inflammation in key areas of the brain that would be affected, like memory and executive function. This is very troubling because this is a common symptom—it is way up on the list of what people report. We don’t have a treatment to take care of this, and many people may have this.

Some people talk about the cognitive dysfunction being like Alzheimer’s—or is it another form of dementia? Or is it that we just don’t know?

I’d say we just don’t know. But that’s the worry. What if this is progressive? What if it simulates what we see with neurodegenerative conditions? I’m an eternal optimist, so I’m hoping that the body is remarkable and will fight it and turn it around.

There have been some reports of COVID being associated with erectile dysfunction, lower sperm counts, low testosterone. Is male fertility a concern—or female fertility, for that matter?

We know there are definite effects there. That hasn’t been studied adequately either, but it certainly deserves study. It could be tied to less fertility in men, but we don’t know. Because so many young men have been hit with COVID and long COVID, this is a concern, but there hasn’t been nearly enough attention to that sequelae as there have been to the heart, the lungs and the brain.

Could the antiviral medication Paxlovid help those afflicted?

There has been some data whereby some people who had long COVID who took Paxlovid markedly improved their symptoms. These are more anecdotal right now, but it gives some credibility that in some people, the persistence of the virus—the reservoir of the virus and its remnants—could be helped with a drug that inactivates the virus. The question is is it going to help a small percent of people, like 1% or 2% , or will it help more?

Have there been large scale trials to test its effectiveness?

No, there haven’t been. And there should be. There’s no excuse for this …We need to double down, quadruple down on doing the right trials, test all the candidate things that we’ve listed in the article. Paxlovid is obvious, and naltrexone—it’s obvious that we should be doing these studies, so there’s just no excuse. With the amount of money that the NIH has devoted towards this, we should have these trials done by now, definitive trials. People are desperate, they need treatments. The predators are preying on them to come and have this treatment or that one, but there’s nothing yet that has been proven to help.

Why isn’t the U.S. government coordinating a stronger response, or why aren’t pharmaceutical companies jumping into this market and running large scale trials?

It’s an incredibly important and fertile area, defining effective treatments, but the entries into it are very scant. Some of the potential treatments are very impractical, like hyperbaric oxygen chambers or apheresis. These are very expensive, hard to get to treatments. We need something that is practical, highly effective and widely accessible.

Would you consider long COVID a national health emergency in and of itself?

There’s a huge number of people who are disabled or compromised in their status because of it, (but) it’s been a slow moving train rather than an emergency. It has not been adequately respected…Right now, the response should be, let’s do everything we can to prevent infections. Most importantly, what about these millions of people who are hurt, who are still suffering—how can we help them get their lives back?

Do you think that there is an end date for long COVID?

We’ll only know 10 years from now, right? In 1918 with the influenza pandemic, Parkinson’s showed up about 15 years later. It wasn’t seen in the early years. We don’t know if we’re going to see things that have not been manifested yet, because the longest duration is less than three years right now.

Knowing that we all want to get on with living our lives, remain fertile and not drop dead suddenly, how careful do we need to be?

We can’t capitulate to the virus and be letting all our guards down. Getting boosters, taking precautions when you’re in public indoor gatherings, improving our ventilation—we have things that can help prevent infections. Right now, people have moved on, but for those who haven’t had COVID or for those who get a reinfection, it isn’t benign necessarily. You hope it is, but perhaps the biggest thing we haven’t discussed is the bit of the gamble. We just don’t know who’s really at risk. People want to dismiss this. But this is an inconvenient truth, long COVID.