A COVID BQ wave that started in New York has already reached California. It’s about to engulf the rest of the nation, experts say 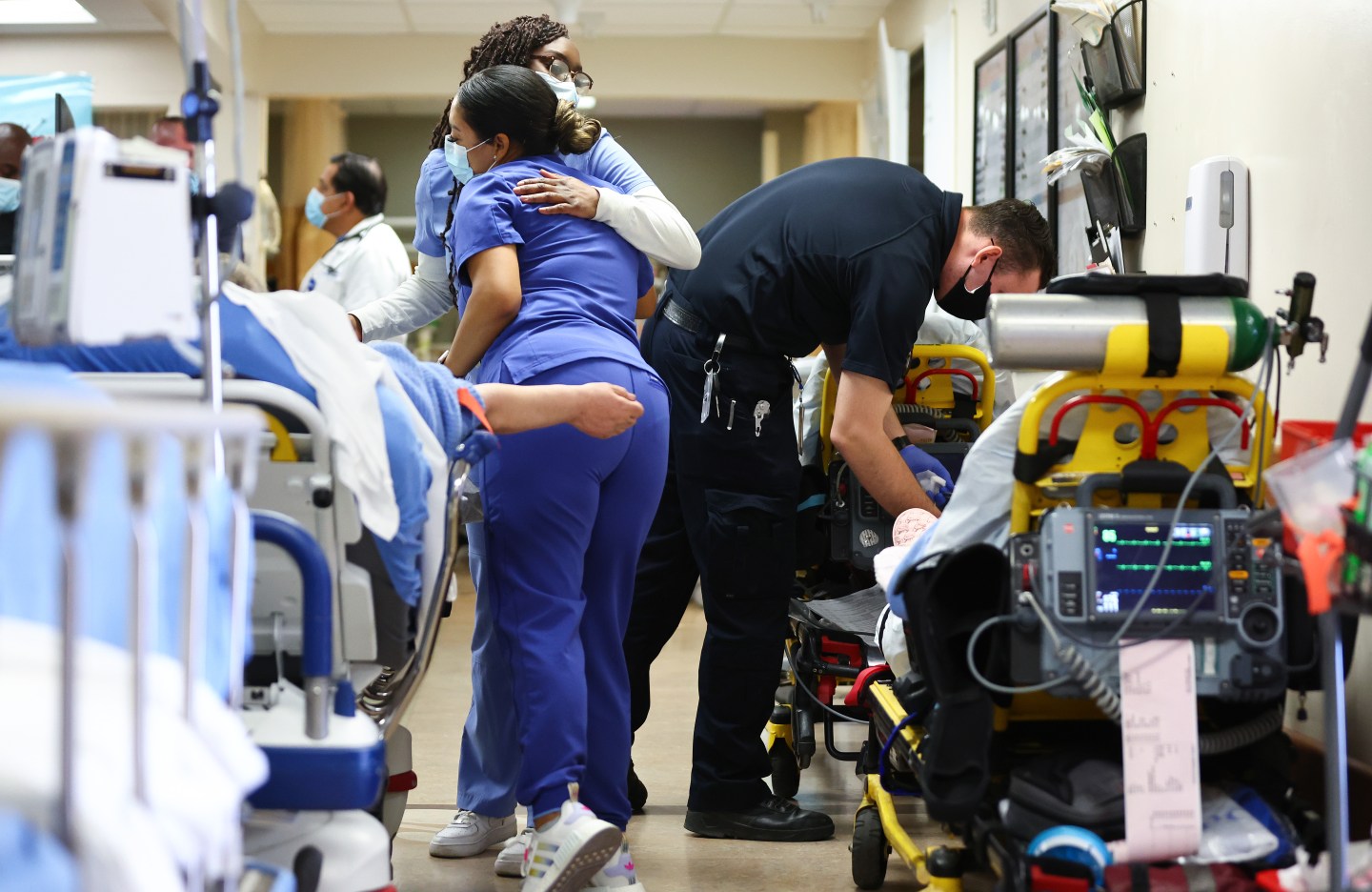 When it comes to COVID, New York is experiencing a wave of highly transmissible, immune-evasive BQ infections—and it’s the epicenter of a national wave, experts say.

BQ variants represented a third of reported New York cases as of Monday—and 15% of cases in California, according to data from GISAID, an international research organization that tracks changes in COVID and the flu virus.

With testing and viral sequencing at all-time lows, the U.S. Centers for Disease Control and Prevention estimates that the BQ family actually composes a greater share of COVID cases—nearly 43% in the New York region, and nearly 23% in the California region.

Combined, BQ variants now account for the largest portion of identified cases in California, making it an “emerging hotspot” for the variant, Raj Rajnarayanan, assistant dean of research and associate professor at the New York Institute of Technology campus in Jonesboro, Ark., tells Fortune.

With the family of variants now trending on both the East and West Coasts, experts say it’s only a matter of time before the wave engulfs the rest of the country. It will likely bring a rising tide of severe illness requiring hospitalization, as it appears to be doing in New York.

The viral family—variant BQ.1.1 in particular—“is clearly successful around the world” and trending upward in countries like France, the U.K., Germany, and Denmark, Ryan Gregory, a professor of evolutionary biology at the University of Guelph in Ontario, Canada, tells Fortune.

The wider the spread of variants, “the more opportunity for their descendants to pick up additional mutations,” he said. That could mean that COVID becomes more able to spread, kill, or leave those infected with long COVID.

The fact that the New York BQ wave now encompasses California is no surprise, Rajnarayanan says. COVID variants that rise on the East Coast often do so on the West Coast shortly thereafter. Why? California also performs a lot of viral sequencing to determine variant types, but it publicly reports those results more slowly than New York. The latter is considered a bellwether state for its robust sequencing capabilities and large volume of international travelers.

Because of a general lack of COVID testing and lag in reporting, the CDC issues estimates of current COVID conditions as forecasts, a week at a time. It estimated that BQ variants represented more than a quarter of U.S. cases through this past Saturday.

Combined, GISAID and CDC data paint a picture of a BQ wave engulfing the nation—one that will impact available hospital beds, according to Rajnarayanan and Gregory. COVID hospitalizations are beginning to tick up in both states—dramatically so in New York. And while U.S. COVID hospitalizations remain relatively stable, the rest of the country could soon follow New York’s lead.

The family of BQ COVID variants was recently labeled as “pretty troublesome” by top U.S. infectious disease expert Dr. Anthony Fauci, owing to the quick rate at which cases of it are rising in countries like the U.S.

“When you get variants like that, you look at what their rate of increase is as a relative proportion of the variants, and this has a pretty troublesome doubling time,” Fauci, speaking about the BQ variants, told CBS News last month.

Along with XBB, a combination of two Omicron strains spiking in Singapore, BQ.1.1 is thought to be the most immune-evasive new variant yet—and one that clearly has the ability to surpass still U.S.-dominant BA.5, from which BQ variants evolved.

BQ.1.1’s extreme immune evasiveness and transmissibility “sets it up to be the principal driver of the next U.S. wave in the weeks ahead,” Dr. Eric Topol, a professor of molecular medicine at Scripps Research and founder and director of the Scripps Research Translational Institute, tweeted last month.

In October, Topol told Fortune that scientists won’t know to what extent BQ.1.1 evades vaccines, if it does, until it reaches 30% to 50% of cases somewhere.

BQ.1.1 is already known to escape antibody immunity, rendering useless some of the key treatments used in high-risk individuals with COVID. According to a study last month out of Peking University’s Biomedical Pioneering Innovation Center in China, BQ.1.1 escapes immunity from bebtelovimab, the last monoclonal antibody drug that is effective on all variants, as well as Evusheld, which works on some.

The good news, if there is any, about BQ is that new Omicron boosters will “almost certainly” provide “some” protection against them because they were designed to tackle close relative BA.5, Fauci told CBS.

Recent studies have shown that while updated Omicron boosters provide temporarily renewed protection against severe disease and death, they don’t provide better protection than the original COVID shots did.