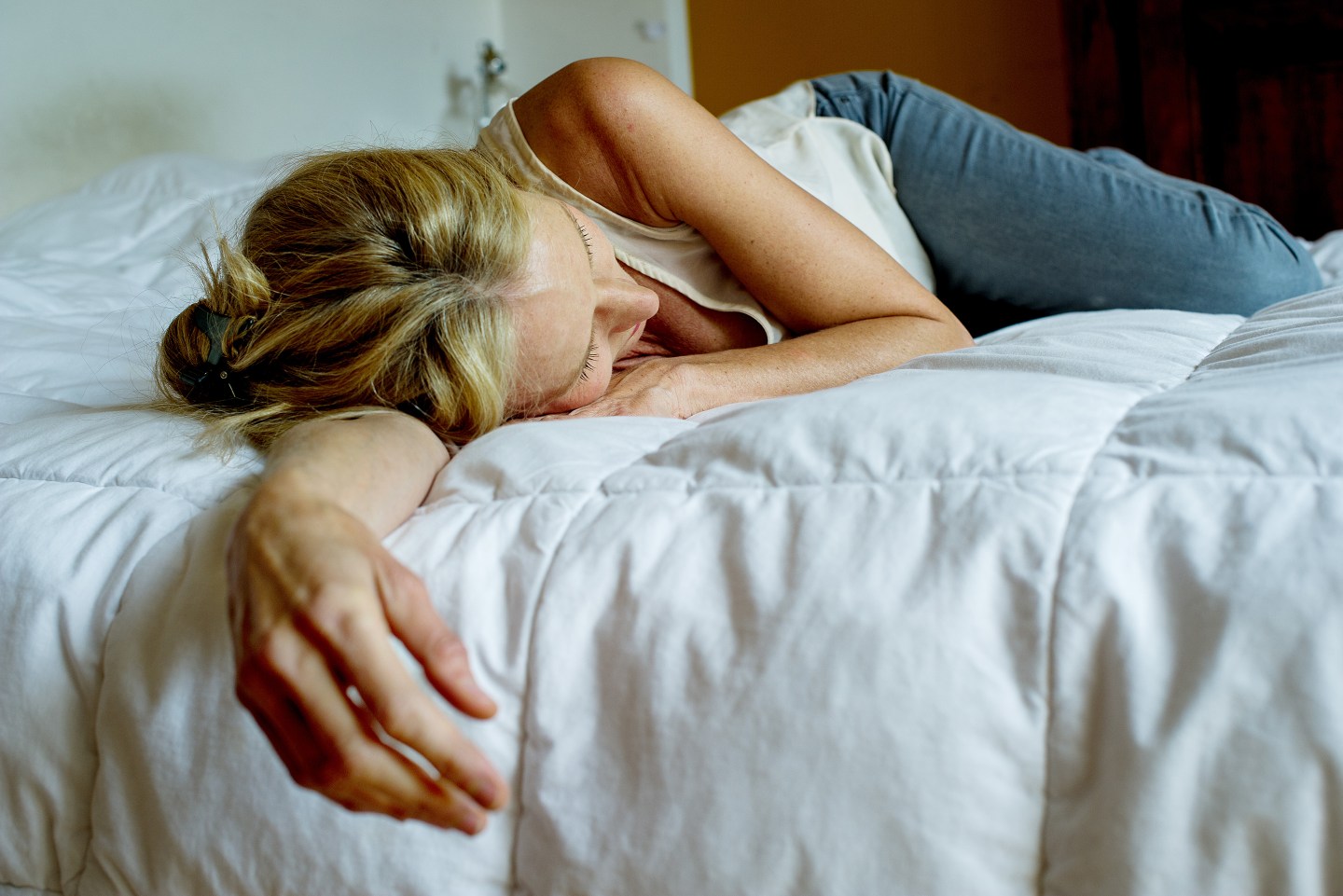 Extreme heat waves are hitting around the globe. But humans were never supposed to live through these alarmingly high temperatures, let alone work through them.

Temperatures in London rivaled parts of the Sahara at one point when the U.K. issued its first-ever red warning for extreme heat last week. And 71 weather stations in China have documented record temperatures this summer.

Now, people in countries unaccustomed to 105-degree days are looking toward a tried-and-tested tradition to help them cope with the sweltering heat: the siesta.

A siesta is a short nap or period of rest, often taken after the midday meal when the sun gives off its strongest rays. It’s widespread in several Mediterranean countries but is most commonly associated with Spain.

As climate change continues to roast the planet and people look for new ways to cope, sleep experts say that the millennia-old practice is a viable strategy to drop the body temperature and return to the rest of the day more refreshed. Moira Junge, CEO of the Sleep Foundation in Australia, told Fortune it is well-documented that humans used to sleep in two or more phases and still have the ability to regularly take siestas. How practical the siesta is for the modern schedule, however, is another question.

“For productivity reasons and for economic reasons, we just go-go-go-go-go and just don’t sleep at all during the day,” Junge said. “We could though.”

The siesta then and now

The siesta tradition dates back thousands of years to ancient Rome. The word siesta itself comes from the Latin word sexta, which refers to the sixth hour of daylight when the Romans would stop for lunch and rest before returning to work again, according to the Madrid-based Sleep Research Institute.

“That is the central hour of the day of light and the hottest one. This led it to be chosen as the time to take a break from their duties,” Alba García-Aragón, a specialist at the institute, told Fortune.

That period of time varies in length depending on the season but is generally between 1 p.m. and 3 p.m.

Several regions with places with long days and warm climates have their own variants of a midday rest, including southern Europe, the Middle East, China, the Philippines, and India. But many people most commonly associate it with Spain.

There are several theories about how the country came to adopt the siesta practice. One explanation is that siestas became an economic necessity when the Spanish Civil War forced most people into having to work two or more jobs at a time. The Spanish working day then split into two parts — from 9 a.m. to 2 p.m. and from 4 p.m. to 8 p.m. — with a 2-hour break in between that gave laborers time to rest and travel back home to rural areas in between their jobs, the BBC reported.

Javier Puertas, the vice president of the Spanish Sleep Society, a group that researches and promotes sleep medicine, offers another explanation — the siesta became popular among farm workers in areas where people spoke Romance languages. Workers may have taken a break to prevent overheating from the sun’s high point, returning to the fields when temperatures cooled.

But today, even much of Spain no longer takes a siesta. Over the past eight decades, the country has seen an exodus from rural areas into cities, and urbanization has led to longer working schedules and commutes. Though the Spanish workday is still commonly divided into two parts, city workers often don’t have enough time to head home and rest, the Sleep Research Institute said. Instead, the siesta is stronger in rural areas, where workers have shorter commutes.

“The tradition of siesta is disappearing in the urban, working population,” García-Aragón said. He added that in the case of rural Spain, “the distances between home and work are reduced, allowing people to go home and take a break.”

The exception is during the summertime when the tradition gets a brief revival and is “much more typical,” especially as city residents travel to the countryside or beaches for holiday, Puertas told Fortune.

As the world heats up, and experts say that the siesta could be a real option for countries where the practice never caught on, at least not until the current heat waves.

The U.K. doesn’t have the same extended working hours that allow for siestas in Spain, but some have used work-from-home arrangements to try the practice amid the heat waves. A London-based writer reviewed the experience of a 30-minute power nap in the middle of her remote work day, concluding that it left her feeling noticeably less sweaty and more inspired. “I never wanted to go to the office again in summer if WFH meant naps. And that’s saying a lot because the office has AC,” MyLondon’s Tilly Alexander said.

When someone falls asleep, their brain activates certain biological functions that drop and regulate the body temperature.

“A short episode of sleep may help to prevent the body from overheating,” García-Aragón said. “Although the siesta is hardly compatible with most modern work schedules, whenever possible it leads to a healthier lifestyle.”

As the U.K. inched toward a record-breaking 40°C or 104°F last week, Britons on social media called for the country to turn its involuntary siesta into a more permanent arrangement for all workers, remote or otherwise. “The UK can’t be far off qualifying for a daily siesta break now, right?! Spain, how did you get yours??” one resident tweeted.

“There is only one way to combat a heatwave and it’s called a siesta,” another wrote. “Here begins the campaign for a national incorporation of a mandated siesta into our working day.”

Experts agree that a siesta can be a great heatwave perk, but warn that those interested in taking one shouldn’t plan to nap for the entire 2-hour period.

“Among the Spanish population, practically half of those who can afford taking an occasional nap dedicate approximately half an hour to it, with a total average time dedicated to it of 35 minutes,” García-Aragón said.

That might be overdoing it. According to García-Aragón, naps exceeding 30 minutes could lead to a groggy or confused feeling, and make it difficult to concentrate on work afterward — a phenomenon known as sleep inertia.

While it’s common and tempting for people to catch up on sleep with an hour-long siesta during the weekends, Puertas said, that makes it much more difficult to wake up refreshed, and could invite a headache.

“A healthy siesta is around 15 minutes, no more than 25 minutes,” he added. “When you’re asleep for more than half an hour, your brain goes into so-called deep sleep.”

Junge called the renewed interest in the siesta a “great idea” for avoiding heat exposure. The siesta allows people to take advantage of a lull in their energy levels that naturally occurs around midday, she said. But the health psychologist cautioned that by adding heat to the mix, nappers might wake up “two or three hours later” if they aren’t strict with their alarms.

“There’s a risk of sleeping longer when it’s incredibly hot,” Junge told Fortune. “There’s often an accumulation of sleep debt when there have been lots of hot nights, and you’re in a massive heat wave. People are really sleep-deprived in a heat wave.”

So as long as the timing is right, beating the heat is just one of many benefits of taking a siesta.