Stagflation: When a stalling economy, high inflation, and rising unemployment all collide 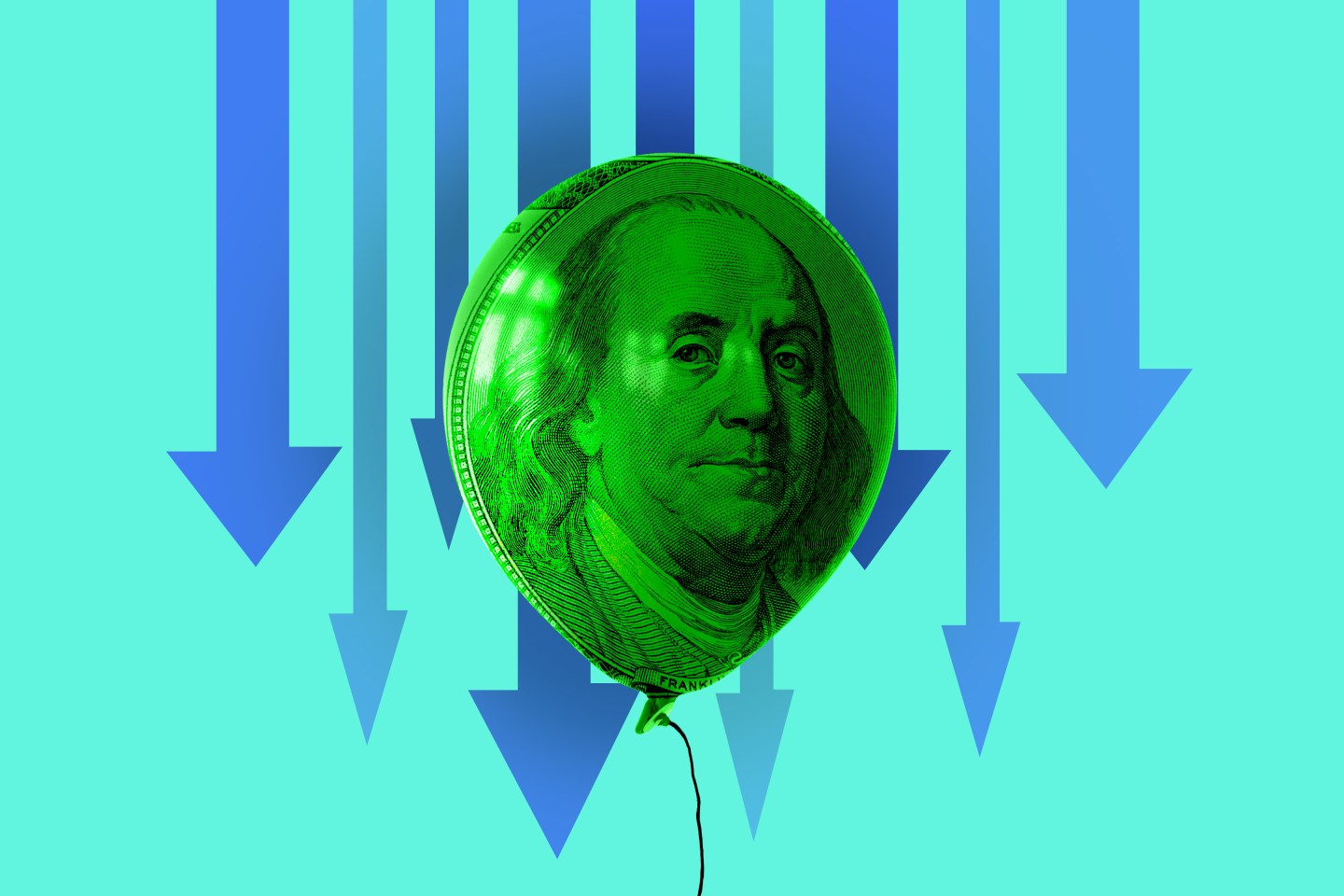 Inflation is both a component of stagflation and an economic event in and of itself.
Photo illustration by Fortune; Original photos by Getty Images (2)

Much has been written and said about the state of the U.S. economy, and for many people, the high price of food and gas has been at the center of their economic universe. Recently, a new element has begun creeping into the conversation: stagflation.

Stagflation is a condition in which slow economic growth (stagnation), rising prices (inflation), and rising unemployment all happen at the same time. Although it is rare for slow economic growth and high inflation to coexist, it has happened in the past, and many believe it could happen again.

When stagflation is present, workers make less money but have to pay more for the things they buy. Investors see lower returns due to slow growth, and the longer stagflation continues, the more it impacts the future value of their investments.

The key to how stagflation works is found in the three economic forces that make it up: stagnation, high inflation, and high unemployment. In a stagnant economy, slow growth results in high unemployment. With more people seeking fewer jobs, lower wages result. At the same time, high inflation causes the prices of goods and services to go up, reducing the purchasing power of consumers.

Investors suffer losses since both bonds and stocks underperform during stagflation. Lack of growth suppresses stock prices while high inflation has a negative impact on bonds.

The Federal Reserve’s response to stagflation in the 1970s was to increase government spending as a way to achieve full employment. This policy created higher inflation but failed to solve the employment problem. The Great Inflation ended in global recession, a period of sustained low or negative economic growth and high unemployment. Whether today’s economy would suffer the same fate during a period of stagflation remains to be seen.

Although there is no consensus among economists about the causes of stagflation, two theories are mentioned more frequently than others. They are shocks to the supply chain, especially with commodities including oil, and poor monetary policies.

Anything that lowers the economy’s ability to produce goods and services can be a supply chain shock. The Great Inflation was subject to two supply chain shocks related to oil shortages. One was the Arab oil embargo of 1973–1974, the other the 1978–1979 shock that took place with the fall of the Shah of Iran.

“The shocks came from a dramatic increase in oil prices during those periods which drove up costs,” says Gary Zimmerman, founder and CEO of MaxMyInterest, a cash management platform for investors. “Companies said, ‘If my energy costs are going up, I can at least control my labor costs.’ At this point slow growth, high unemployment, and inflation were in play.”

During stagflation of the 1970s, the Fed, in an attempt to create full employment, increased the money supply. This had the effect of feeding fuel to inflation without reducing unemployment. Bad understanding of data was also a problem in the 1970s. Estimates of output (production)  were understated and estimates of unemployment rates were significantly overstated.

“Given the current environment and stated Fed policies, it is unlikely that monetary policy alone would incite stagflation today,” says Cristian deRitis, deputy chief economist at Moody’s Analytics. “Some other shock, such as an energy price shock or supply-chain shock, would be needed to take the Federal Reserve off of its chartered course and create the conditions for stagflation.”

What is the difference between stagflation and inflation?

This helps demonstrate the dilemma policymakers face when trying to deal with stagflation. It also helps explain the notion economists in the 1970s held that lowering unemployment, even if it meant an inflationary increase, was the better path.

Are we in danger of another period of stagflation? Zimmerman points to recent events as a cause for concern. “When COVID hit, there was no issue on the supply side. The government response to a significant, massive slowdown in the economy was to print more money. Unfortunately, that money wasn’t spent. People saved it, 5 trillion dollars’ worth. Spring came and everyone went to spend their money at the same time. This created an inflationary environment.”

“The likelihood that we experience 1970s-style stagflation is low today largely because economists and policymakers at the Federal Reserve have learned from history,” says deRitis. “Going into the 1970s, prevailing economic theory did not allow for the possibility that persistent stagflation could exist, leading to confusion and policy missteps that aggravated the situation. Given that experience, Fed policymakers will not hesitate to hike interest rates aggressively to get inflation down even at the risk of causing a recession.”

How can you prepare for stagflation?

At a macroeconomic level, we can encourage policymakers to take anti-stagflationary steps such as trying to reduce the economy’s dependence on oil, since rising oil prices are a major contributor to stagflation. Policies to increase economic growth and productivity also help.

“In addition, investors may want to consider the possibility of a ‘low-grade’ stagflation scenario where inflation moderates to 4% but unemployment rises to 5%,” suggests deRitis. “While the Federal Reserve may still be committed to fighting inflation, it may face pressure to address the second part of its mandate: full employment. As a result, it may adopt more accommodative monetary policy that allows inflation to remain above its 2% target for an extended period of time—perhaps indefinitely.”

Suggested strategies and actions that can help temper the impact of stagflation include: