Fortune Recommends™ is editorially independent. We may earn affiliate revenue from links in this content.
Insurance ·Explainer

What to do if your home insurance is canceled 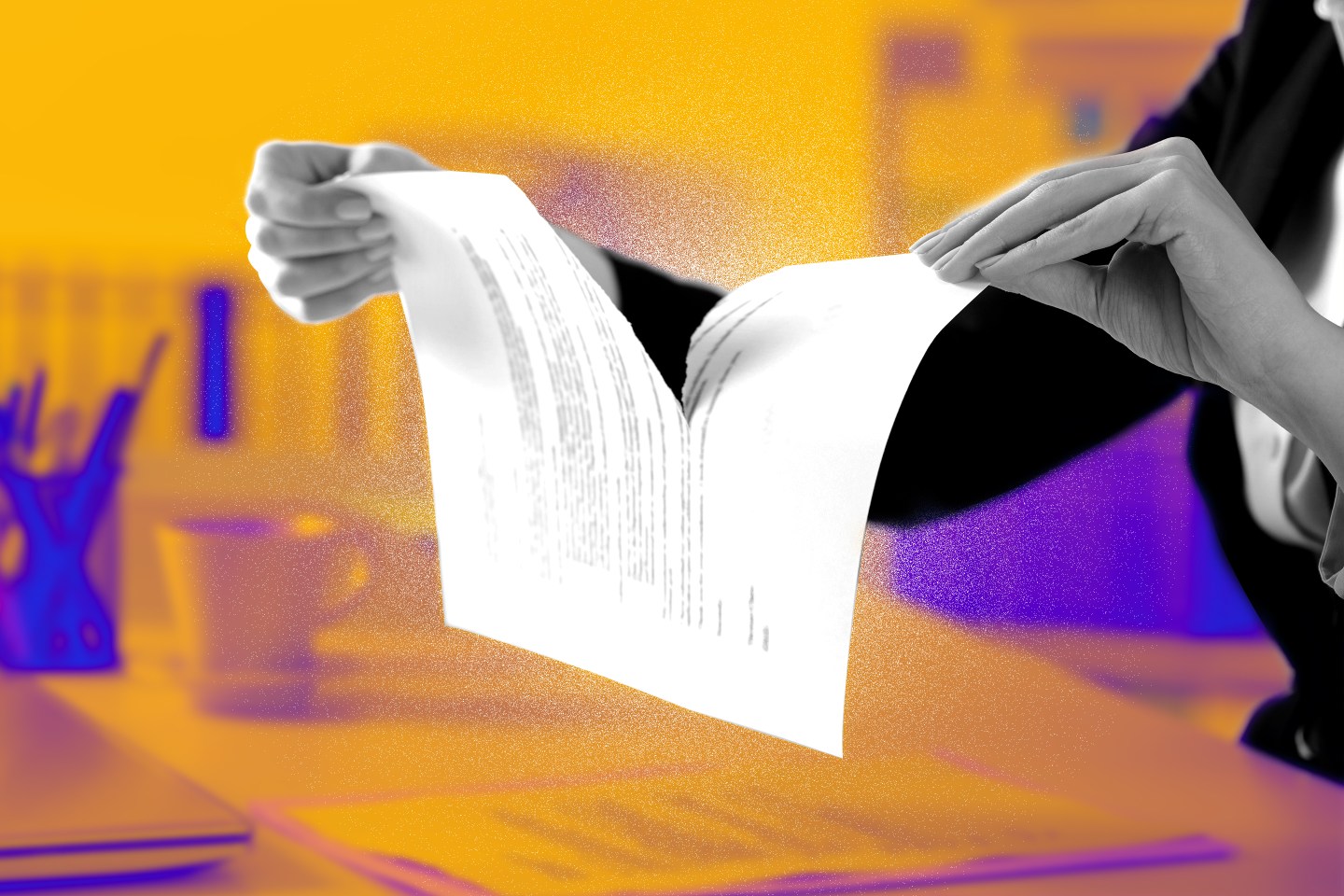 Your home insurance may be canceled because of nonpayment or breach of contract.
Photo illustration by Fortune; Original photo by Getty Images

Homeowners insurance is an essential tool to protect one of your most valuable assets: your home. These policies are designed to cover you financially in the event of theft, fire, and other costly events.

But with many regions of the country being impacted by the worsening fallout from climate change, non-renewal of homeowners insurance policies is becoming more commonplace. And there are other reasons your home insurance could unexpectedly be canceled—including lapses in payment or even misrepresentation of information.

When this happens, it can (understandably) cause panic. But this dilemma can be solved if you know the critical next steps to take.

There are many different reasons why an insurer might terminate your policy or decline renewal. The good news is that in some cases you may be able to rectify the issue and resume coverage. However, that’s not always a possibility, and you may find yourself suddenly shopping for new insurance.

“Insurance companies have strict rules about what makes a home uninsurable and look at a lot of factors. Those factors can change over time, making a previously acceptable home no longer eligible. Or the insurance company may have only just discovered an issue that was there all along,” says Leslie Kasperowicz of Insurance.com.

Some of the reasons your insurance might be terminated or not renewed range from being in a geographic area that’s impacted by increasingly severe weather events, to the home falling into severe disrepair, and/or misrepresentation of information when you initiated the policy.

“That can be a statement that isn’t true or the omission of an important fact,” says Kasperowicz. “For example, if an applicant states that the roof of the home was replaced five years ago, but an inspection reveals that the roof is 25 years old and has a lot of damage, the insurance company could cancel the policy.”

Issues that can trigger a breach of contract include instances of fraud, lying about a claim, or inspection-related reasons like the poor condition of your home.

Nonpayment or a lapse in your payments is also grounds for canceling a home insurance policy. However, this is typically the easiest situation to resolve as there’s often a grace period during which you’re allowed to catch up with payments and have the policy reinstated.

“However, during the lapse in coverage, any claims filed wouldn’t be paid, and when there are too many lapses, even though you eventually pay, that can be grounds to cancel the policy altogether,” says Kasperowicz.

It’s also not a good idea to have too many lapses because other insurance companies will see it as a risk, and you may incur higher premiums elsewhere when you apply for a new policy.

Nonrenewal is the most common type of cancellation and typically means that the policy will not be made available again at the end of its current term. This situation is often triggered by a change in the risk level associated with your home.

An insurance company, for instance, may see your home as a higher risk if there have been a lot of claims. “There are laws that prevent insurers from dropping coverage based on claims that were caused by natural factors like storms, but other claims, like theft or fire, can be used against you,” explains Kasperowicz.

In still other cases, insurers may choose to end all policies in a given geographic area when that area has become too risky. This typically happens in areas that are at a high risk of natural disasters but may also be related to other issues like high levels of litigation or fraud.

“In some cases, an insurer may find that certain coverages are not financially viable,” says Renata Balasco, insurance expert and a licensed agent for The Zebra. “An insurance company may pull out of covering your area due to extreme weather conditions. Homeowners in California have struggled with such changes in recent years after extensive wildfires and other natural disasters. Companies have attempted to void or refuse coverage in these areas, resulting in nonrenewals for homeowners.”

In advance of a nonrenewal, you should receive a notice explaining the reasons for the insurer’s decision. This notification is designed to allow you time to find a new policy. Legal notification requirements vary by state, but insurers are usually required to give customers between 30 and 60 days’ notice in the event of nonrenewal, says Balasco.

What to do if your insurance is terminated

Having your policy canceled can be worrisome and frustrating. Depending on the reason for cancellation, you may have some options.

Nonpayment: Typically in cases of nonpayment, you can reach out to your insurance provider and make your past-due payments in an attempt to get the policy reinstated. “Every company is different, and nothing is guaranteed, but some insurers may offer a grace period and may work with you on reinstatement,” says Balasco.

Similarly, if your policy was canceled or nonrenewed because of an inspection-related issue, it’s possible the company may reinstate you if you fix the problem. You also have the right to dispute the cancellation, request remediation, or file a complaint with your state’s insurance department.

Condition of the home: If the nonrenewal or cancellation was due to issues tied to the condition of the home or an inspection, find out whether fixing these issues will allow the policy to be reinstated. “It’s possible the company may reinstate you if you fix the problem,” says Balasco. “You also have the right to dispute the cancellation, request remediation, or file a complaint with your state’s insurance department.”

For example, if your insurance company nonrenews your policy because there are dead trees on the property threatening to fall and cause serious damage, having those trees taken down and providing proof should get your coverage reinstated.

“Once the risk is eliminated, the home will be eligible for coverage again,” says Kasperowicz.

If your insurance is not being renewed or cannot be reinstated, it’s important to immediately start shopping for another policy.

Online insurance comparison sites can be a good place to start. They can provide insight regarding the insurance companies offering coverage in your region and the general price ranges for policies. It’s always a good idea to obtain quotes from multiple companies and be sure to ask about what the policy will and will not cover for the price quote that was provided.

You might also consider asking neighbors which companies insure their homes. “If the home is in the same neighborhood, the odds are good that it has a similar risk profile and that their company might accept your home too,” says Kasperowicz.

If you live in a geographic region where insurance companies are no longer providing coverage, or are simply not having luck securing insurance for any other reason, there are state-run Fair Access Insurance Requirements plans (FAIR plans). However, there are several drawbacks to such policies. This includes higher-than-average premiums and limited coverage under such policies.

“FAIR plans are an option of last resort,” says Kasperowicz. “After you’ve been turned down by several insurance companies, you can contact your state’s department of insurance to find out if there is a [FAIR] plan and how to apply.”

It’s important to note that these policies are designed to simply offer basic coverage and alleviate the financial burden for those who may otherwise not be able to obtain home insurance. FAIR policies do not provide coverage as comprehensive as private insurers.

Home insurance policies may be canceled or not renewed for a variety of reasons. This could be because you’ve fallen behind on payments or you misrepresented something about yourself or your home when initiating the policy. In addition, your policy may not be renewed if you live in a high-risk area. If you suddenly find yourself facing any of these challenges, it’s important to rectify the situation as soon as possible or begin shopping for new insurance so that your home is not without coverage.