Fortune Recommends™ is editorially independent. We may earn affiliate revenue from links in this content.
Insurance ·Explainer

What is an assignment of benefits? 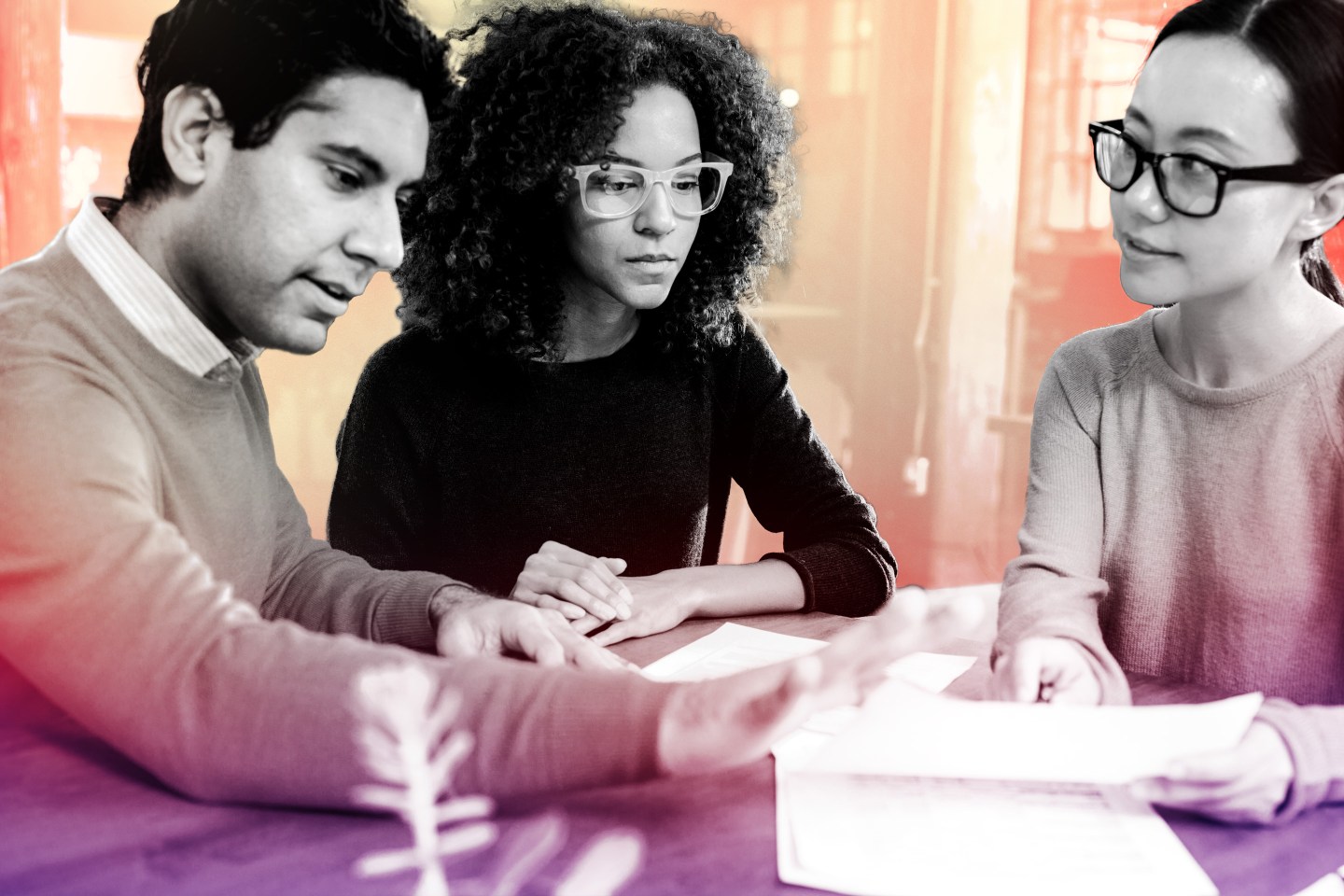 The function of an AOB agreement varies depending on the type of insurance policy involved.
Photo illustration by Fortune; Original photo by Getty Images

The last time you sought medical care, you likely made an appointment with your provider, got the treatment you needed, paid your copay or deductible, and that was it. No paperwork, no waiting to be reimbursed; your doctor received payment from your insurance company and you both went on with your lives.

This is how most people receive health care in the U.S. This system, known as assignment of benefits or AOB, is now being used with other types of insurance, including auto and homeowners coverage.

What is an assignment of benefits?

An AOB is a legal agreement that allows your insurance company to directly pay a third party for services performed on your behalf. In the case of health care, it could be your doctor or another medical professional providing care. With a homeowners, renters, or auto insurance claim, the third party could be a contractor, auto repair shop, or other facility.

Assignment of benefits is legal, thanks to a concept known as freedom of contract, which says two parties may make a private agreement, including the forfeiture of certain rights, and the government may not interfere. There are exceptions, making freedom of contract something less than an absolute right. For example, the contract may not violate the law or contain unfair terms.

Not all doctors or contractors utilize AOBs. Therefore, it’s a good idea to make sure the doctor or service provider and you are on the same page when it comes to AOBs before treatment or work begins.

How an AOB works

The function of an AOB agreement varies depending on the type of insurance policy involved, the healthcare provider, contractor, or service provider, and increasingly, state law. Although an AOB is normal in health insurance, other applications of assignment of benefits have now included the auto and homeowners insurance industry.

Because AOBs are common in health care, you probably don’t think twice about signing a piece of paper that says “assignment of benefits” across the top. But once you sign it, you’re likely turning over your right to deal with your insurance company regarding service from that provider. Why would you do this?

According to Dr. David Berg of Redirect Health, the reason is simple: “Without an AOB in place, the patient themselves would be responsible for paying the cost of their service and would then file a claim with their insurance company for reimbursement.”

With homeowners or auto insurance, the same rules apply. Once you sign the AOB, you are effectively out of the picture. The contractor who reroofs your house or the mechanic who rebuilds your engine works with your insurance company by filing a claim on your behalf and receiving their money without your help or involvement.

“Each state has its own rules, regulations, and permissions regarding AOBs,” says Gregg Barrett, founder and CEO of WaterStreet, a cloud-based P&C insurance administration platform. “Some states require a strict written breakdown of work to be done, while others allow assignment of only parts of claims.”

Within the guidelines of the specific insurance rules for AOBs in your state, the general steps include:

After work is complete and signed off, the insurer will issue the check and the claim will be considered settled.

Example of an assignment of benefits

If you’re dealing with insurance, how would an AOB factor in? Let’s take an example. “Say you have a water leak in the house,” says Angel Conlin, chief insurance officer at Kin Insurance. “You call a home restoration company to stop the water flow, clean up the mess, and restore your home to its former glory. The restoration company may ask for an assignment of benefits so it can deal directly with the insurance company without your input.”

In this case, by eliminating the homeowner, whose interests are already represented by an experienced insurance adjustor, the AOB reduces redundancy, saves time and money, and allows the restoration process to proceed with much greater efficiency.

When would you need to use an assignment of benefits?

An AOB can simplify complicated and costly insurance transactions and allow you to turn these transactions over to trusted experts, thereby avoiding time-consuming negotiations.

An AOB also frees you from paying the entire bill upfront and seeking reimbursement from your insurance company after work has been completed or services rendered. Since you are not required to sign an assignment of benefits, failure to sign will result in you paying the entire medical bill and filing for reimbursement. The three most common uses of AOBs are with health insurance, car insurance, and homeowners insurance.

Assignment of benefits for health insurance

As discussed, AOBs in health insurance are commonplace. If you have health insurance, you’ve probably signed AOBs for years. Each provider (doctor) or practice requires a separate AOB. From your point of view, the big advantages of an AOB are that you receive medical care, your doctor and insurance company work out the details and, in the event of a disagreement, those two entities deal with each other.

Assignment of benefits for car owners

If your car is damaged in an accident and needs extensive repair, the benefits of an AOB can quickly add up. Not only will you have your automobile repaired with minimal upfront costs to you, inconvenience will be almost nonexistent. You drop your car off (or have it towed), wait to be called, told the repair is finished, and pick it up. Similar to a health care AOB, disagreements are worked out between the provider and insurer. You are usually not involved.

Assignment of benefits for homeowners

When your home or belongings are damaged or destroyed, your primary concern is to “return to normal.” You want to do this with the least amount of hassle. An AOB allows you to transfer your rights to a third party, usually a contractor, freeing you to deal with the crisis at hand.

When you sign an AOB, your contractor can begin immediately working on damage repair, shoring up against additional deterioration, and coordinating with various subcontractors without waiting for clearance or communication with you.

No legal agreement, including an AOB, is free from the possibility of abuse or fraud. Built-in safeguards are essential to ensure the benefits you assign to a third party are as protected as possible.

In terms of what can and does go wrong, the answer is: plenty. According to the National Association of Mutual Insurance Companies (NAMICs), examples of AOB fraud include inflated invoices or charges for work that hasn’t been done. Another common tactic is to sue the insurance company, without the policyholder’s knowledge or consent, something that can ultimately result in the policyholder being stuck with the bill and higher insurance premiums due to losses experienced by the insurer.

State legislatures have tried to protect consumers from AOB fraud and some progress has been made. Florida, for example, passed legislation in 2019 that gives consumers the right to rescind a fraudulent contract and requires that AOB contracts include an itemized description of the work to be done. Other states, including North Dakota, Kansas, and Iowa have all signed NAMIC-backed legislation into law to protect consumers from AOB fraud.

Pros and cons of an assignment of benefits

The advantages and disadvantages of an AOB agreement depend largely on the amount and type of protection your state’s insurance laws provide.

Pros of assignment of benefits

With proper safeguards in place to reduce opportunities for fraud, AOBs have the ability to streamline and simplify the insurance claims process.

Cons of assignment of benefits

As with most contracts, AOBs are a double-edged sword. Be aware of potential traps and ask questions if you are unsure.

An AOB, as the health insurance example shows, can simplify complicated and costly insurance transactions and help consumers avoid time-consuming negotiations. And it can save upfront costs while letting experts work out the details.

It can also introduce a nightmare scenario laced with fraud requiring years of costly litigation. Universal state-level legislation with safeguards is required to avoid the latter. Until that is in place, your best bet is to work closely with your insurer when signing an AOB. Look for suspicious or inflated charges when negotiating with contractors, providers, and other servicers.