Fortune Recommends™ is editorially independent. We may earn affiliate revenue from links in this content.
Banking ·In the news

The U.S. officially hit the debt ceiling. Here are 3 money moves you should be making now to protect your wallet 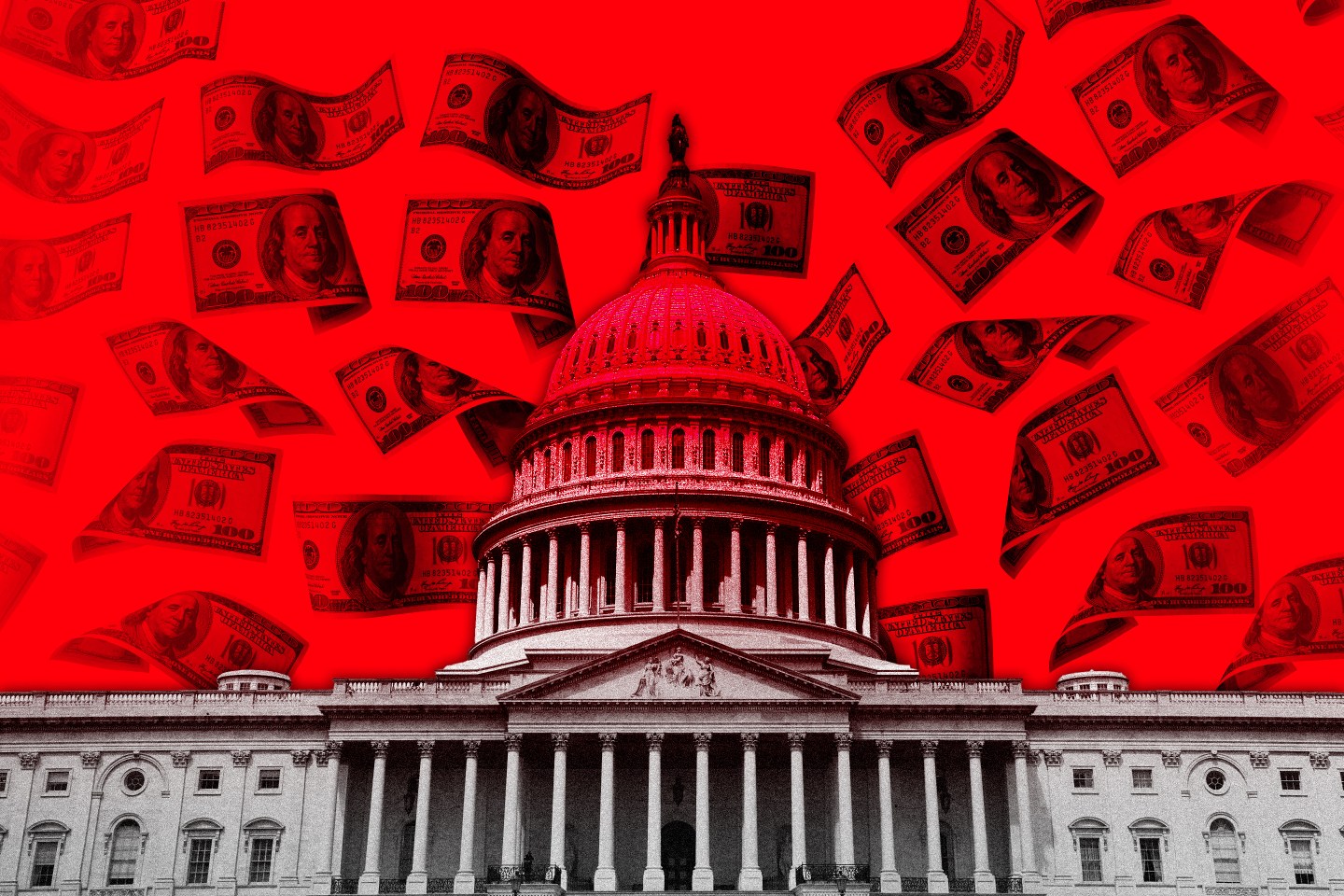 The debt ceiling is the maximum amount, set by Congress, that the government can borrow to cover its bills.
Photo illustration by Fortune; Original photos by Getty Images (2)

Translation: The government is cut off and no longer able to pay its bills without taking extraordinary measures.

“The United States runs a budget deficit, which means it doesn’t generate enough money from taxes and other revenue sources to fully fund its operations. In order to fund those operations, the US issues debt to continue to provide services to its citizens and fund expenses,” says Wes Moss, a certified financial planner and managing partner of Capital Investment Advisors in Atlanta.

So what does this mean? Lawmakers have a few months to reach an agreement before the U.S. defaults entirely. Some are pushing for an increase to the debt ceiling, others think the U.S. needs to rein in its spending.

The debt ceiling is the maximum amount, set by Congress, that the government can borrow to cover its bills. This includes Social Security payments, military salaries, and more. The debt ceiling was first enacted in 1917 and was originally set at $11.5 billion. In 1939, Congress created the first aggregate debt limit covering nearly all government debt and set it at $45 billion.

“When you hit the debt ceiling, which currently stands at just over $31 trillion today, the government is no longer allowed to issue debt to fund obligations. There are some “extraordinary measures” that the Treasury department can take to buy some time while Congress debates the amount of the increase to the debt ceiling,” says Moss.

3 ways the debt ceiling could impact your wallet

If the debt ceiling isn’t raised, it doesn’t directly impact consumers but can influence the greater economic climate and have effects that trickle down to consumers’ wallets, negatively impact key spending programs, and wreak havoc on the financial markets.

1. Stock market volatility. The political gridlock over whether to raise the debt ceiling has a history of creating bumpiness in the stock market. “While the sky certainly isn’t falling yet, this could have a much larger impact on markets down the road if the ceiling isn’t raised,” says Moss. “Take 2011 as an example—the political gridlock sent the stock market reeling. The S&P even fell 7% in one day during that two-month battle. Bond markets had to come to grips with the deemed deteriorating credit quality of the U.S. government.”

Your move: Diversify your portfolio. Trying to time the market is a losing game. Spreading your risk across a variety of assets, no matter what the market or politicians are doing, will ensure that you don’t incur even greater losses by having a knee-jerk reaction to short-term losses.

2. Suspended benefits and layoffs. If you receive any government benefits like Social Security payments, veterans’ benefits, or Medicare benefits, failure to raise the debt ceiling could put that assistance on pause.

Your move: Revisit your budget. Now is the time to save a little extra in case there are any major changes to your income or benefits. Prioritize putting any extra money into an emergency fund. And if you want to supercharge your savings—consider a high-yield savings account to earn a high APY on your funds.

Your move: Work on boosting and maintaining a strong credit score if you plan to borrow money to finance a large purchase in the near future. Even in a high-interest environment, a higher credit score can help you secure the most favorable terms.

The debt ceiling plays a major role in the health of the U.S. and global economy, but on a micro level it can influence how consumers spend, what they pay to borrow money, sources of income, and more.