Fortune Recommends™ is editorially independent. We may earn affiliate revenue from links in this content.
Mortgages ·Explainer 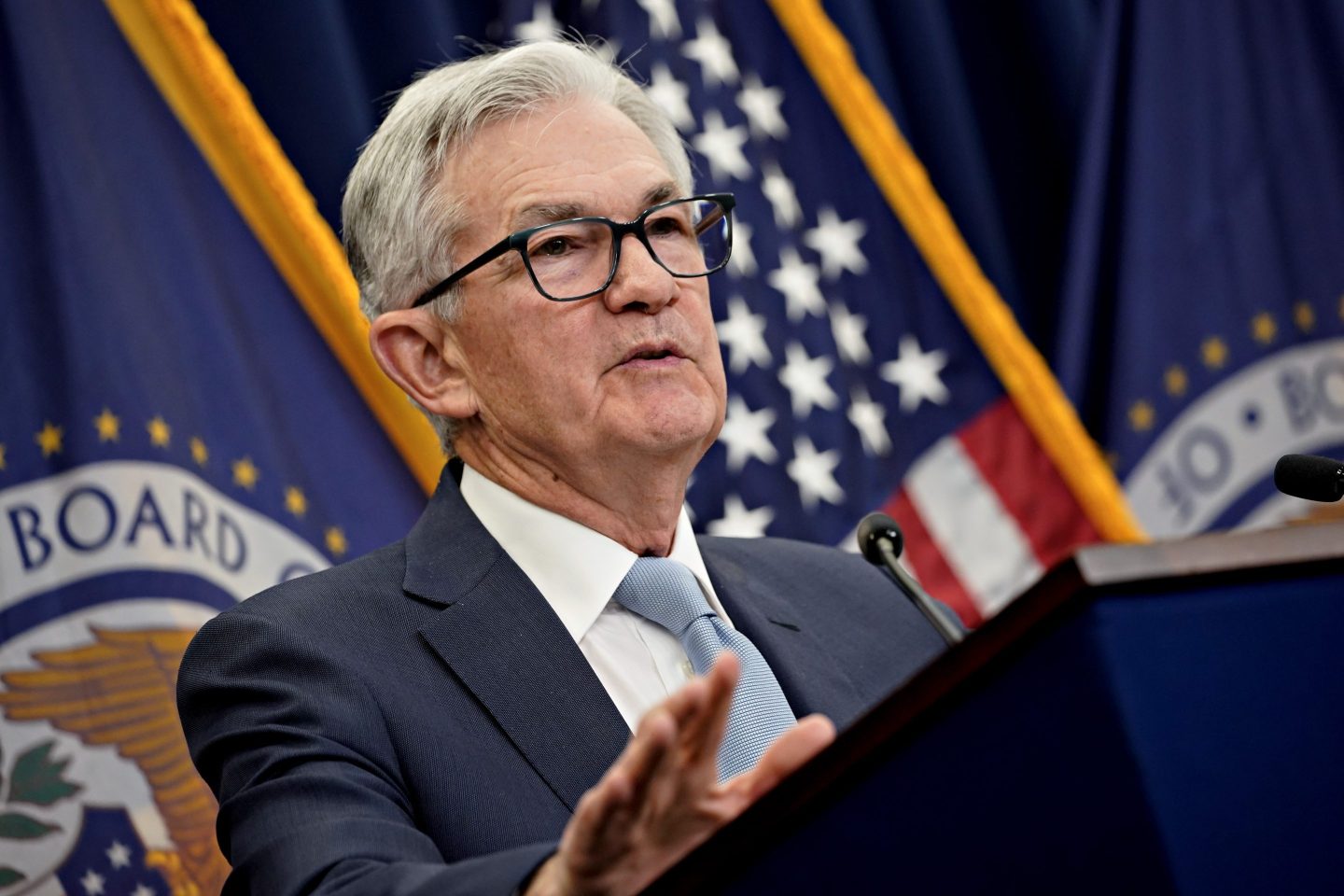 The Federal Reserve has raised interest rates for the seventh consecutive time this year. This time, though, the hike is smaller: Fed Chairman Jerome Powell announced a half-point increase in the federal funds rate Dec. 14, which is down from the three-quarter-point increases of the past several meetings. Still, the last time it raised rates by as much in a single year was in the 1980s.

In an effort to rein in raging inflation, the Fed boosted interest rates by a quarter-point in March 2022, then by a half-point in May. It raised them even more in June, by three-quarters of a percentage point — which was, at the time, the largest Fed rate hike since 1994 — and went on to do the same in July, September and November.

The hikes are designed to cool an economy that was on fire after rebounding from the coronavirus recession of 2020. That dramatic recovery has included a red-hot housing market characterized by record-high home prices and microscopic levels of inventory.

However, since late summer the housing market has shown signs of cooling, with appreciation slowing nationally and prices even dropping in many markets. And home prices are driven not just by interest rates but by a complicated mix of factors — so it’s hard to predict exactly how the Fed’s efforts will affect the housing market.

“The housing recession is here,” says Marty Green, principal at mortgage law firm Polunsky Beitel Green. “The big question now is how quickly it spreads to the rest of the economy.”

Higher rates are challenging for both homebuyers, who have to cope with steeper monthly payments, and sellers, who experience less demand and/or lower offers for their homes.

“The cumulative effect of this sharp rise in rates has cooled the housing market and caused the economy to start slowing, but hasn’t done much to lower inflation,” says Greg McBride, CFA, Bankrate’s chief financial analyst.

How the Fed affects mortgage rates

The Federal Reserve does not set mortgage rates, and the central bank’s decisions don’t move mortgages as directly as they do other products, such as savings accounts and CD rates. Instead, mortgage rates tend to move in lockstep with 10-year Treasury yields.

Still, the Fed’s behavior sets the overall tone for mortgage rates. Mortgage lenders and investors closely watch the central bank, and the mortgage market’s attempts to interpret the Fed’s actions affect how much you pay for your home loan.

The December rate hike was the seventh bump in 2022, a year that saw mortgage rates swing wildly from 3.4 percent in January all the way to 7.12 percent in October before inching back down again. “Such increases diminish purchase affordability, making it even harder for lower-income and first-time buyers to purchase a home,” says Clare Losey, assistant research economist at the Texas Real Estate Research Center at Texas A&M University.

How much do mortgage rates affect housing demand?

There’s no doubt that record-low mortgage rates helped fuel the housing boom of 2020 and 2021. Some think it was the single most important factor in pushing the residential real estate market into overdrive.

Now that rates have surged higher than they’ve been in two decades, how will that affect home sales and prices? “Mortgage rates [have] caused refinance activity to effectively stop and home purchase activity to slow markedly,” says Mike Fratantoni, chief economist for the Mortgage Bankers Association. Not only have sales slowed, but economists expect price declines of anywhere from a few percentage points to more than 20 percent.

Yet, in the long term, home prices and home sales tend to be resilient to rising mortgage rates, housing economists say. That’s because individual life events that prompt a home purchase — the birth of a child, marriage, a job change — don’t always correspond conveniently with mortgage rate cycles.

History bears this out. In the 1980s, mortgage rates soared as high as 18 percent, yet Americans still bought homes. In the 1990s, rates of 8 percent to 9 percent were common, and Americans continued snapping up homes. During the housing bubble of 2004 to 2007, mortgage rates were higher than they are today — and prices soared.

So the current slowdown may be more of an overheated market’s return to normalcy rather than the signal of an incipient crash. “The combination of elevated mortgage rates and steep home-price growth over the past few years has greatly reduced affordability,” says Fratantoni. “The volatility seen in mortgage rates should subside once inflation begins to slow and the peak rate for this hiking cycle comes into view.”

For now, though, the housing market remains difficult for buyers.“The housing sector is the most sensitive to and experiences the most immediate impacts from the Federal Reserve’s interest rate policy changes,” says NAR Chief Economist Lawrence Yun. “The softness in home sales reflects this year’s escalating mortgage rates.”

Yun says the average monthly mortgage payment has jumped 28 percent over the past year, a bit of sticker shock that’s bound to reverberate through the housing economy. “I expect the pace of price appreciation to slow as demand cools and as supply improves somewhat due to more home construction,” he says.

In fact, the National Association of Realtors (NAR) says the housing squeeze is already easing as demand declines. The inventory of homes for sale rose to a 3.3-month supply in October, compared to a record-low 1.6-month supply in January.

Next steps for borrowers

Here are some tips for dealing with the climate of rising interest rates:

Shop around for a mortgage. Savvy shopping can help you find a better-than-average rate. With the refinance boom slowing, lenders are eager for your business. “Conducting an online search can save thousands of dollars by finding lenders offering a lower rate and more competitive fees,” McBride says.

Be cautious about ARMs. Adjustable-rate mortgages are growing more tempting, but McBride says borrowers should steer clear. “Don’t fall into the trap of using an adjustable-rate mortgage as a crutch of affordability,” McBride says. “There is little in the way of up-front savings, an average of just one-half percentage point for the first five years, but the risk of higher rates in future years looms large. New adjustable mortgage products are structured to change every six months rather than every 12 months, which had previously been the norm.”

Consider a HELOC. While mortgage refinancing is on the wane, many homeowners are turning to home equity lines of credit (HELOCs) for tapping home equity.