Fortune Recommends™ is editorially independent. We may earn affiliate revenue from links in this content.
Banking ·In the news

57% of Americans can’t afford a $1,000 emergency expense, says new report. A look at why Americans are saving less and how you can boost your emergency savings 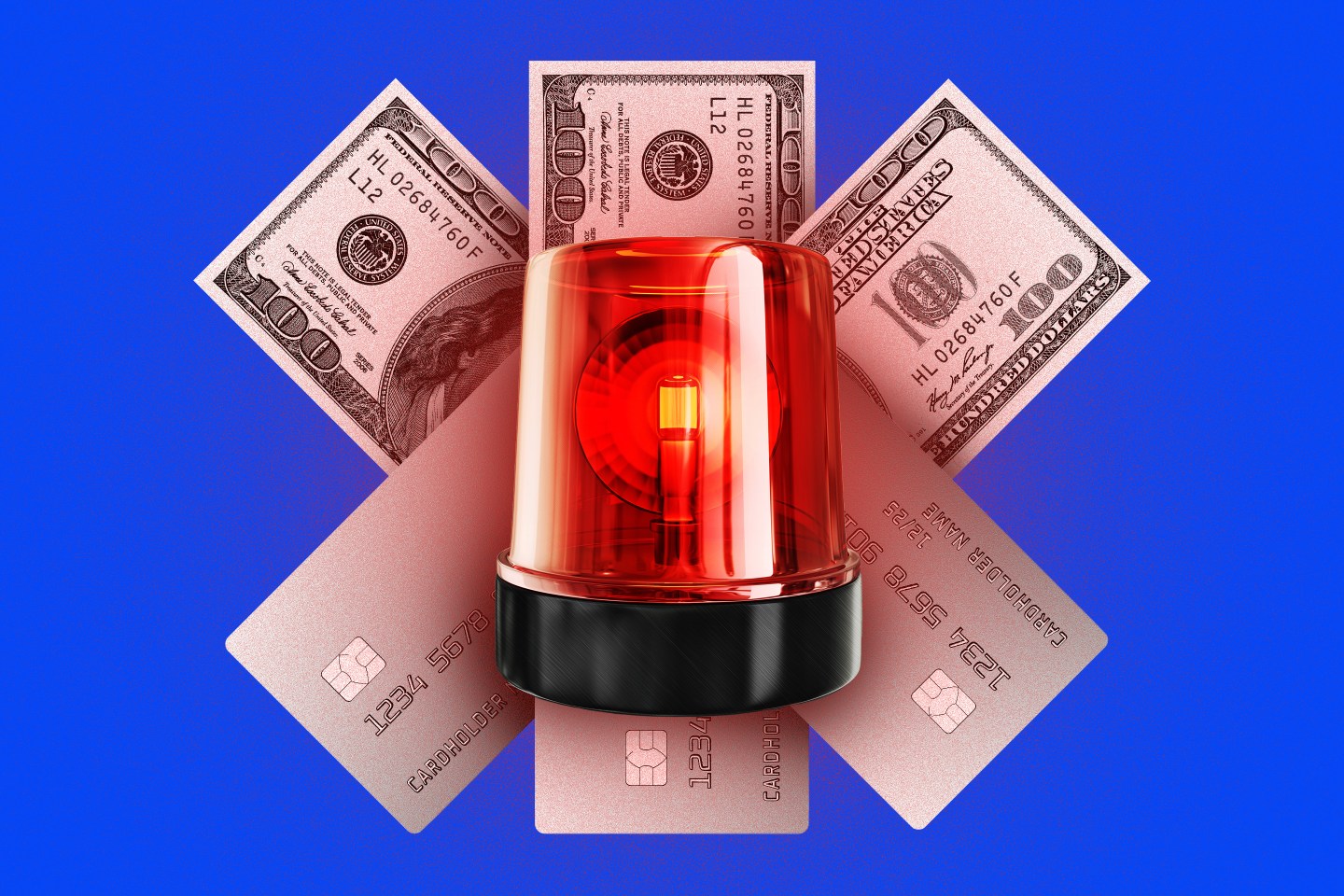 Gen Zers and millennials are more likely to be worried about covering an emergency expense.
Photo illustration by Fortune; Original photos by Getty Images (3)

When unexpected expenses crop up, having a safety net to catch you when you fall can help minimize the financial fallout. But in a struggling economy, Americans’ emergency savings are taking a hit.

According to Bankrate’s Annual Emergency Fund Report, 68% of people are worried they wouldn’t be able to cover their living expenses for just one month if they lost their primary source of income. And when push comes to shove, the majority (57%) of U.S. adults are currently unable to afford a $1,000 emergency expense.

When broken down by generation, Gen Zers (85%) and millennials (79%) are more likely to be worried about covering an emergency expense.

Why are Americans saving less?

There are a few reasons Americans are putting less away in their emergency funds.

The top reason cited by respondents (74%) was inflation. Rising costs have put added pressure on the average American’s wallet, and while the inflation rate is beginning to cool, it still stands at 6.5% for the 12 months ending in December 2022—significantly higher than the 2% rate that economists say is needed to keep the economy running smoothly.

Other reasons for pulling back on saving included rising interest rates (68%). In 2022, the Fed raised interest rates a total of seven times in an effort to tame inflation. While the Federal Funds rate doesn’t directly impact consumers, it does eventually trickle down to consumers by influencing interest rates on consumer products like credit cards, mortgages, home equity loans, and student loans, as well as yields on savings products like high-yield savings accounts, certificate of deposits (CD), and more.

Over 40% of respondents cited changes in employment or income as a reason for pulling back on saving. The most recent unemployment report shows that the unemployment rate edged down to 3.5% in December 2022, but rising costs have still prompted mass layoffs, even among major companies.

More Americans are leaning on credit

So how are Americans covering emergency costs? More and more of them are leaning on their credit cards. The report showed that 25% of people would take on credit card debt to cover a $1,000 emergency expense and pay it off over time—a record percentage since polling started in 2014.

Why is this a problem? Because your payment history and the amount you owe are two of the most heavily weighted factors that go into calculating your credit score. And with credit card interest rates at record highs, carrying a balance from month to month could cost you tons in interest over time and potentially ding your credit score if you’re unable to make payments.

“With one in four Americans telling us they’d react to a large emergency expense by using a credit card, their timing couldn’t be worse,” says Bankrate's senior economic analyst, Mark Hamrick. “On average, credit card interest rates are the highest we’ve seen and are slated to go higher as the Federal Reserve continues to hike. Under the best of circumstances, this debt should be paid before costly interest charges hit the account.”

How rising interest rates are playing a role

Rising interest rates can both help and hurt your ability to save. On the one hand, an increase in the Federal Funds rate makes borrowing more expensive and therefore carrying debt more costly. Most credit cards, for example, have variable annual percentage rates (APRs), meaning that they fluctuate and are susceptible to changes in the federal funds rate. When your APR goes up, any interest charges you incur for carrying a balance will increase as well, which could make it harder to eliminate your debt.

The flip side: Rising interest rates don’t just apply to debt. In many cases, savings rates will increase as well—making it an optimal time to open a high-yield savings account or CD and park your funds in the account that offers the highest rate to help your balance grow.

If you’re worried that even a small unexpected expense could throw your budget off, set yourself up to thrive by giving yourself a financial cushion.

You’ll never be able to predict when an emergency will happen, but you can almost always count on having one at some point. When that happens, you’ll want to feel confident in knowing that you have available funds stowed away to cover the expense.