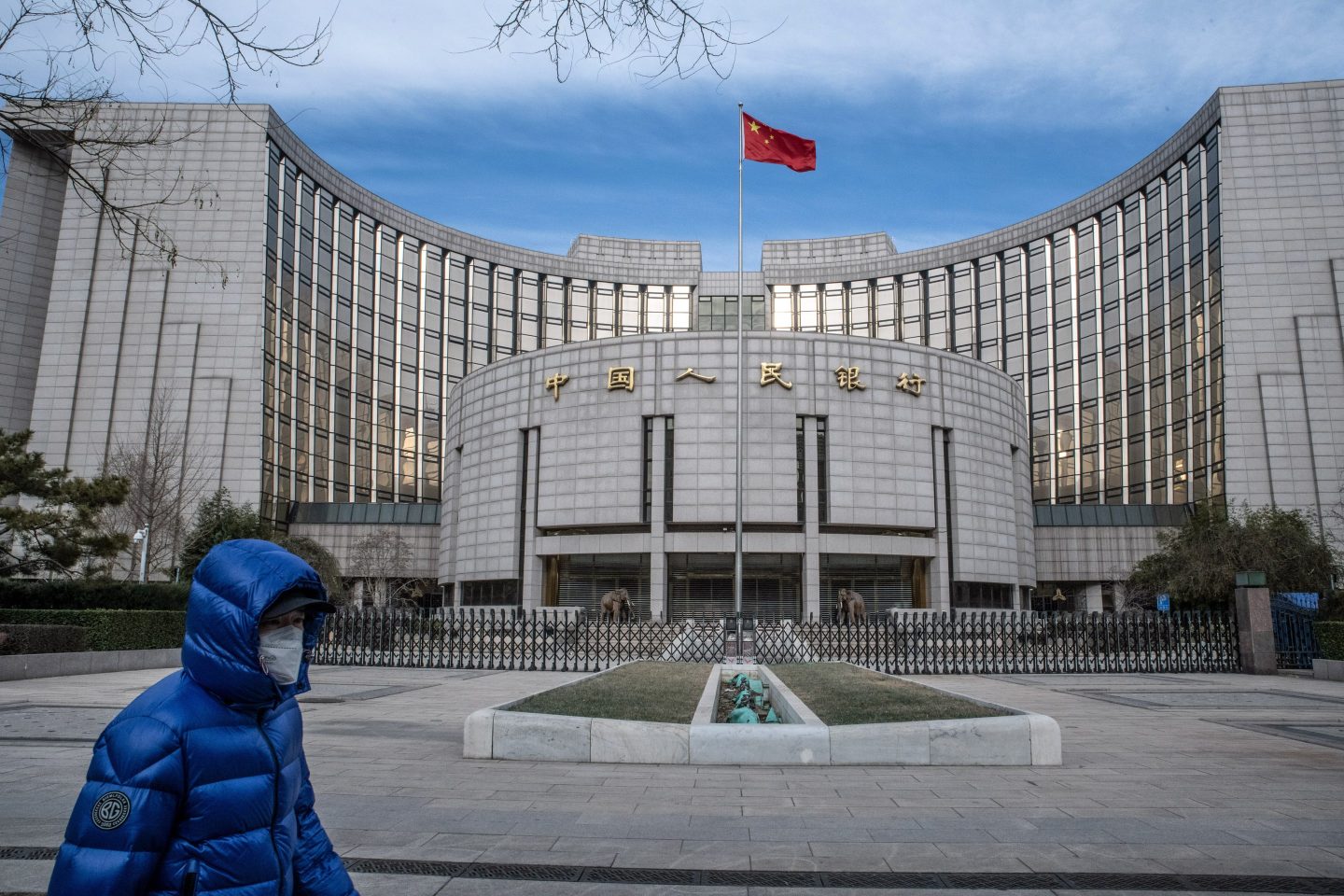 “Digital currencies like crypto really scared the bejeezus out of central bankers,” notes a financial analyst. The quote is one of the juicers bits from an insightful new look by the Wall Street Journal at the state of CBDCs (central bank digital currencies), the blockchain-based technology poised to change global banking.

The Journal makes the case that, whether they’re a good idea or not, central banks around the world are not just experimenting with CBDCs but—in the case of China, India and Nigeria—also putting them into circulation. One reason for that—as the “bejeezus” analyst notes—is that the rise of decentralized currencies like Bitcoin pose an existential threat to governments’ historic monopoly over the money supply.

Indeed, talk to any hardcore Bitcoiner and they will tell you that is the point. In their view, governments and central banks breached a covenant with their citizens not to debase the currency through profligate spending. It’s no coincidence that Satoshi Nakamoto included in Bitcoin’s genesis block a 2009 headline from a U.K. newspaper that reads “Chancellor on Brink of Second Bailout for Banks.”

The early Bitcoin believers possessed not just ideological fervor but a superior technology to move it around in the form of distributed ledgers. And it is that aspect of Bitcoin that central banks have moved to co-opt—namely, the use of blockchain systems to securely record transactions. The big question now, as the Journal notes, is how far this innovation should extend: to transfers between central banks and commercial ones, or, the more radical option, to transfers between central banks and consumers.

The latter option offers the potential for enormous efficiencies—think of governments moving emergency stimulus payments directly to citizens’ wallets. But there is a powerful counterargument. Namely, such a system would expand the power of the state to monitor and regulate commerce. In the case of the U.S., imagine Democrats decreeing that the blockchain payment system would not function for the sale of gas-guzzling cars, or if Republicans disabled payments for “woke” books and movies.

This alone should ensure the U.S. government won’t tear up its legacy payment system anytime soon. But there is another reason we won’t see widespread use of CBDCs here: It would denude banks like JPMorgan of the deposits they need to run their core businesses. And if you believe U.S. banks are going to let CBDCs obviate their profit centers, I have an obscure altcoin I’d like to sell you.

More than a third of members of Congress received donations from FTX; most have given the funds to charity or set them aside for a victim recovery fund overseen by the Justice Department. (Coindesk)

A decision in the country's most important crypto lawsuit—Ripple v. SEC—is expected by mid-summer; legal watchers say the FTX debacle is likely to make the judge favor the SEC. (Bloomberg)

A new court filing revealed details about the more than $5B in assets that FTX receivers have recovered; they include cash, real estate, and crypto held in hot wallets and cold storage. (Fortune)

Crypto stocks like Coinbase and Marathon are up 50% since the start of the year thanks in part to a recovery in asset prices, though analysts caution the gains could be transient. (Bloomberg)