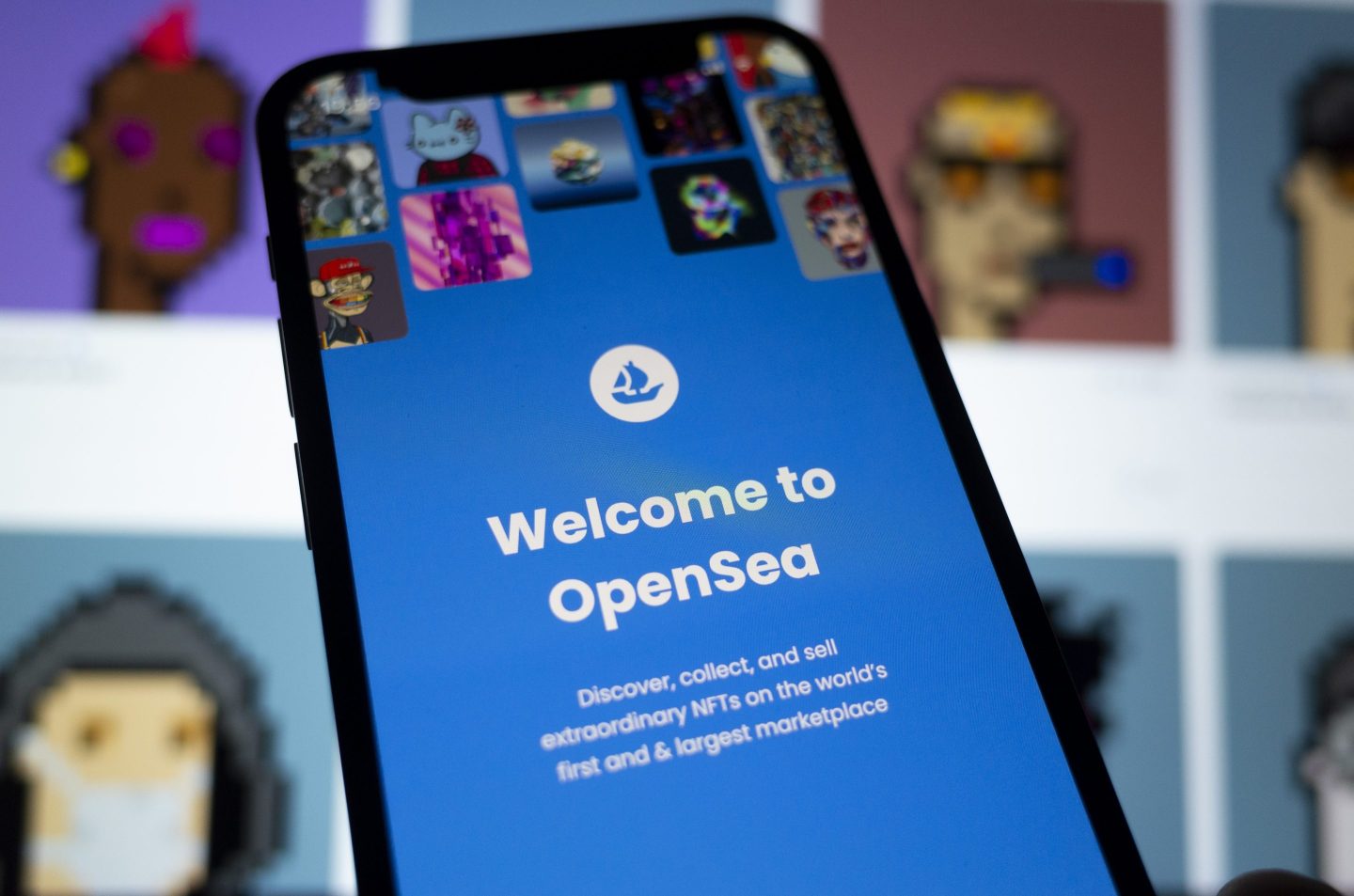 The Justice Department filed money laundering charges in June against Nate Chastain, the former head of product at the most popular NFT marketplace OpenSea, in what the agency called the “first ever digital asset insider trading scheme.”

But in a motion filed Friday in New York federal court, Chastain asked a judge to dismiss the charges ahead of the trial based on what his lawyers argue are flaws in the DOJ’s case against him. He argues that he should not be charged because NFTs don’t fit the definition of either securities or commodities—terms that form a key part of the wire fraud and money laundering statutes that Chastain allegedly violated.

The Department of Justice did not immediately respond to Fortune’s request for comment.

The case turns on allegations that Chastain purchased NFTs based on his role in choosing which ones would be featured on OpenSeas’ homepage—and then sold them for up to five times the price. After Twitter sleuths called out suspicious transactions tied to Chastain, OpenSea launched an investigation and Chastain resigned.

The former OpenSea head of product was charged with one count of wire fraud and one count of money laundering, each carrying a maximum sentence of 20 years in prison, according to a June press release by the DOJ.

Although the DOJ’s June press release labeled the charges as insider trading, David B. Hoppe, the managing partner and founder of blockchain-focused Gamma Law, told Fortune in June that the case is different from other instances of insider trading. Instead of focusing on publicly traded securities, as is common for insider trading, the charges against Chastain focus on an alleged abuse of company information, which the DOJ says violated the duties he had to his employer.

Chastain’s lawyers argue in the motion filed Friday that insider trading charges leveled against Chastain should be dropped in part because NFTs don’t fit the bill to be securities or commodities—a point which the government has conceded, according to the motion. This designation is an essential element of an insider trading charge, based on the Carpenter wire fraud theory, deriving from the 1987 case of Carpenter v. United States, Chastain’s lawyers said in the motion.

The lawyers added that, specifically, the wire fraud charge should also be dropped because according to recent Supreme Court precedent, the definition of “property” in terms of a wire fraud case must be something that is able to be sold or distributed by its owner, according to the motion. Chastain’s lawyers claim that his decisions on which NFTs to feature on the front page of OpenSea have no discernible economic value and are based on Chastain’s thoughts.

“Permitting the government to expand the scope of the wire fraud statute to reach such ethereal and intangible interests would serve to overextend the already farreaching fraud statutes, criminalize run-of-the-mill civil employment disputes, and sow uncertainty into the public’s perception of the statute’s limitations,” lawyers for Chastain wrote in the filing.

Because the transactions took place on the Ethereum blockchain, which is public and searchable, Chastain’s lawyers also argue that any transactions he made cannot be charged as concealment money laundering.

“As alleged in the Indictment, the defendant did nothing more than move money in an obvious and perceptible manner,”  the motion said. “The simple and manifest movement of money, however, does not constitute money laundering.”