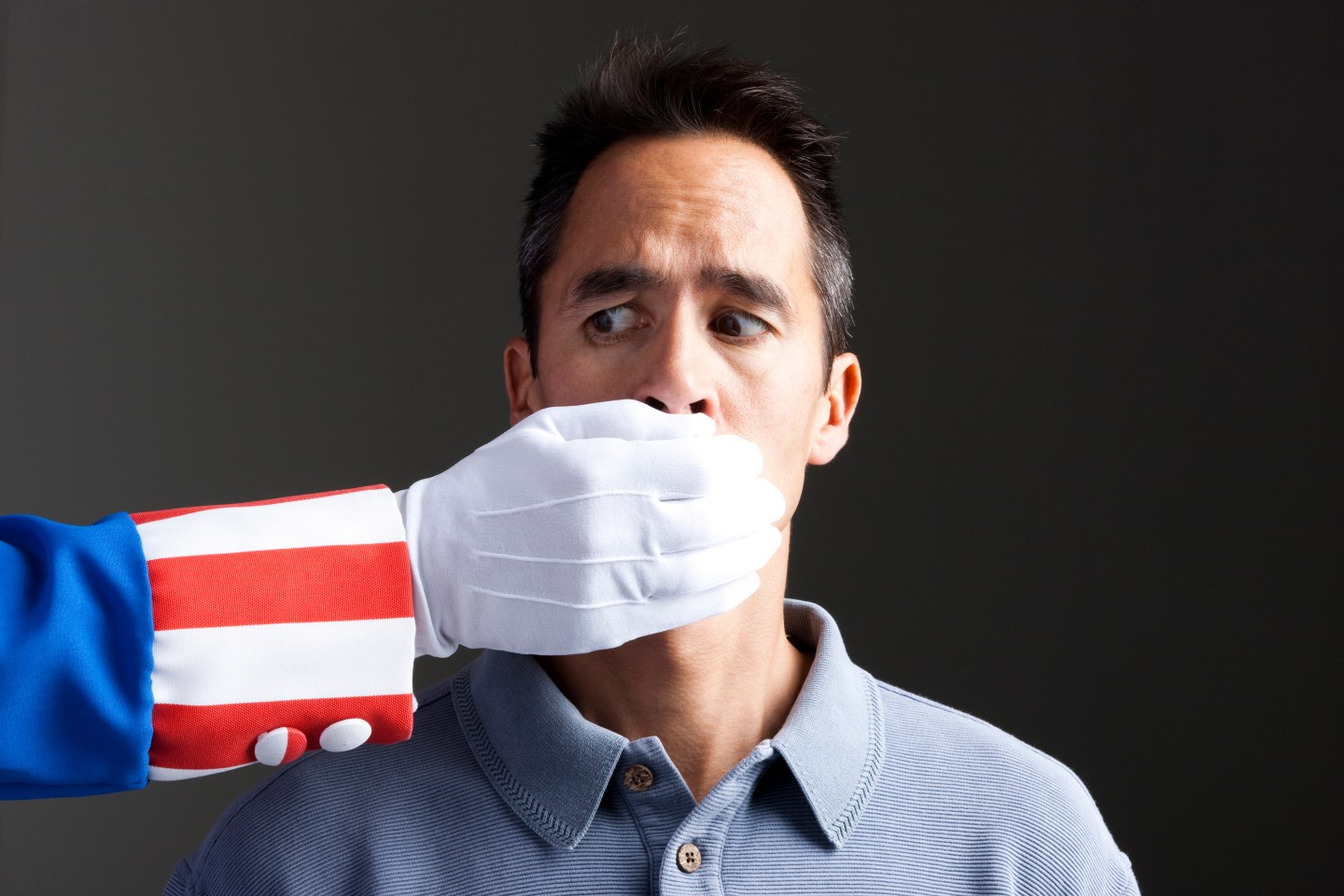 Two alarming developments this week suggest the U.S. government is launching the most anti-crypto censorship campaign in a decade.
Rubberball/Mike Kemp—Getty Images

This is the web version of Fortune’s weekly crypto newsletter, The Ledger.

Crypto is enjoying one of its best weeks of the year as prices bounce back and Ethereum moves closer to a major update. But the mood among many is glum in the face of a new threat: censorship. In the past few days, the U.S. government’s anti-crypto policies led Microsoft-owned GitHub to purge files of open source software code, while another big corporation shuttered newsletters for even writing about crypto in the first place. As respected Bitcoin academic Muneeb Ali noted, “Crypto wars II are starting”—and he is not wrong.

In the case of the code purges, they came after the U.S. Treasury Department placed sanctions on a project called Tornado Cash that served as a “mixer” for Ethereum coins, helping users make their blockchain activities virtually untraceable. The agency pointed out that North Korean hackers and other nasty characters had been using Tornado Cash to engage in large-scale money laundering.

The U.S. government’s concern about Tornado Cash is not unfounded. While crypto purists like to portray such services as simple privacy tools, the reality is that the history of mixers shows they are primarily used by criminals, and it’s naive to pretend otherwise. That said, the government’s response has been alarming.

As Coin Center has noted, the response didn’t just target individuals using the service or their wallet addresses, but also targeted the very code that it’s built on. This is too blunt an approach. The code is simply a piece of technology that can be used for good or for bad, and it’s folly to ban it altogether. As an exec with hardware wallet company Ledger points out, “We don’t sanction…Interstate 95 because drug dealers drive on it or cell towers that route terrorists’ calls.”

Coin Center and others are also making the argument that code is a form of speech, and that the government’s action might amount to a First Amendment violation. This is not a new argument, and has come up in the case of the FBI asking Apple to rewrite its code to unlock terrorists’ iPhones. Legal experts are not convinced that the “code is speech” argument will work in court, but the Tornado Cash incident highlights how we are on a slippery slope. The government is choosing not to target just individuals who misuse crypto, but also the basic building blocks crypto is built upon.

Meanwhile, an even more alarming example of anti-crypto censorship—one that received much less attention—came when email service provider Mailchimp abruptly shut down the accounts of popular media sites like Messari and Decrypt (my former employer). Those sites are run by respected journalists and entrepreneurs, and their only sin appears to be be providing useful news and research about crypto.

Mailchimp has remained silent about why it would take such a step, but I have a guess. The company is owned by Intuit, which is the biggest provider of tax software—and by necessity works closely with the IRS, which is overseen by, you guessed it, the Treasury Department. It’s not hard to imagine the agency putting pressure on Intuit executives to adopt its own anti-crypto outlook, and the company’s lawyers in turn deciding to censor crypto newsletters. Whatever Intuit’s motives, the decision is cowardly and wrong.

Taken together, the purging of GitHub and the shuttering of crypto newsletters reflect a dangerous escalation of the U.S. government’s recent attack on crypto. As the academic Ali noted, this does feel like “crypto wars II”; we haven’t seen anything like this since the feds first lashed out at crypto a decade ago, and one Justice Department official even attempted to prosecute Bitcoin itself. Ali is also right that, more than ever, this is the time for the crypto community to put aside its incessant infighting and unite against the looming threat of censorship.

A startup raised $21M to expand its NFT-media support service

Paris Hilton, a16z, and others invest $20M in a DAO for content creators

$540M laundered through RenBridge as crooks turn to crypto “bridges”

Celsius founder has a trail of unhappy business associates

Want some sunlight in crypto winter? The Ethereum upgrade known as the Merge—the biggest technological event in crypto in years—is poised to go off successfully in the near future and, very likely, cause ETH to soar.

This is a big deal because the Ethereum crowd have been vowing to make this upgrade for years. The Merge, formerly known as ETH2.0, will eliminate energy-intense mining and lay the groundwork for Ethereum to become cheaper and more efficient. The project cleared an important final hurdle on Tuesday, carrying out the so-called Goerli upgrade.

To prepare for this massive change, developers have run many tests, but this latest test differs from the rest: The Goerli testnet merge is the last—and most significant—dry run for Ethereum before the merge happens on the so-called mainnet used by everyone.

Crypto bridges have been in the news a lot—mostly for the wrong reasons. Bridges are a piece of crypto infrastructure that rose in popularity along with DeFi, and are used to move tokens across different blockchains. They work by creating synthetic versions of popular tokens—examples are “wrapped Bitcoin” and “wrapped Ethereum”—that behave like a blockchain’s native token. This is important because most blockchains can’t speak to each other, in the same way as iOS and Android don’t interoperate.