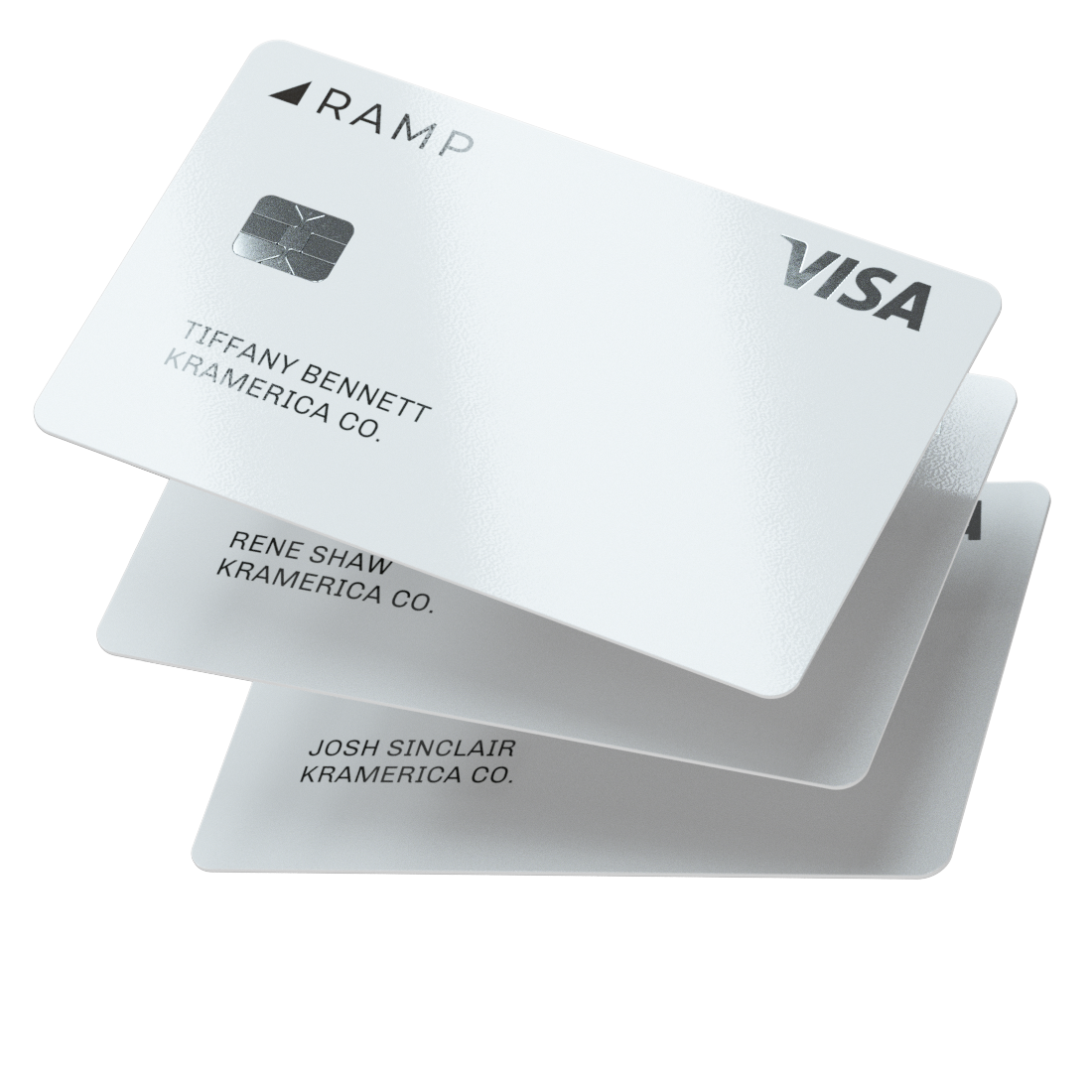 A new credit card startup is taking aim at American Express and other stalwarts that have long dominated corporate expense accounts. Ramp, a New York-based fintech firm whose founders sold their last venture to Capital One, has raised $25 million and signed up nearly 100 businesses to its card, the company announced Wednesday.

Ramp declined to disclose its valuation, but Keith Rabois, a partner at Founders Fund who invested in the company and now sits on its board, said the number is well below $1 billion. The startup’s investors also include BoxGroup, Coatue and Conversion Capital, among others.

Even before its official launch this week, Ramp had been compared to Brex, a hot Silicon Valley corporate card startup that, in less than two years of existence, achieved a valuation of $2.6 billion last year.

Discussing Ramp publicly for the first time, co-founder and CEO Eric Glyman tells Fortune that while his company and Brex both make plastic charge cards for businesses, “that’s really where the similarity stops.” (While Founders Fund leader Peter Thiel invested in Brex, that was a “personal investment;” the venture firm itself owns no part of Brex, opting instead for Ramp, Rabois clarifies.)

What sets Ramp apart from its competitors, according to Glyman, is that it’s designed to help card holders save money—he claims to have helped customers spend an average of 2% less so far (savings of as much as $250,000 for one company), using technology to identify “wasteful spending.”

For example, Ramp has flagged instances where a company has simultaneously subscribed to multiple software products with very similar functions (such as Trello, Asana and Monday.com), or where it was paying for three separate Dropbox accounts (saving nearly $500 by cutting the duplicates). Ramp also indexes current market prices for popular business tools and compares them to what the company is being charged: In one case, one of Ramp’s customers was paying $378 a month for Basecamp software where the going rate was $99.

If that sounds a bit similar to how startups such as Honey (acquired by PayPal for $4 billion in the fall) help online shoppers find better prices, there’s a reason for that—Glyman’s previous company, Paribus, which was bought by Capital One, similarly tracks online prices and subsequently acquired Honey’s major competitor, Wikibuy.

Ramp, which comes with built-in expense software, also allows companies to sort their employees by their spending, and figure out “if some employees are wasting too much money,” such as spending 20% more on Uber rides, says Rabois. “As someone who’s run several companies, it’s extremely difficult to figure out what your employees are spending money on,” he adds.

Of course, credit card companies from Visa and American Express to Ramp and Brex make money by taking a small cut of each purchase charged (typically up to 3%). If Ramp’s customers end up spending less on its cards, Ramp’s own revenue will be reduced accordingly.

“Most cards are fundamentally designed with the card companies interests in mind…[which] is exactly why I knew an innovator was needed,” says Glyman. His goal is to make up for slimmer margins with scale, by convincing companies using corporate cards by the likes of American Express and Brex to switch to Ramp. “For us, to help them spend less means we can win their business in the first place,” he says.

(A spokesperson for Brex says its card “is explicitly designed to help its customers save money,” such as through its reward points, which can be redeemed for discounts on business software and ride-sharing.)

So far this year, Ramp’s customers are on track to spend tens of millions of dollars on their cards, with the average customer charging expenses of about $1 million a month, according to Rabois. Ramp’s cards are issued by Visa, which collects a percentage of each transaction but passes the majority of its cut to Ramp.

Rabois isn’t concerned that saving companies money may mean smaller profits for Ramp relative to its rivals: “In the short term, we don’t need to obsess on that,” he says. Instead, he’s more concerned with helping Ramp’s customers increase their own profitability: “And delighted customers will therefore drive volume.”

While Brex has become popular by offering credit to fledgling companies who have been rejected by traditional card issuers due to their lack of revenue, Rabois expects Ramp to compete less with Brex than its older peers. “More of our [target] customers are probably using something like Amex right now,” Rabois says. “We’re not really targeting startups.”