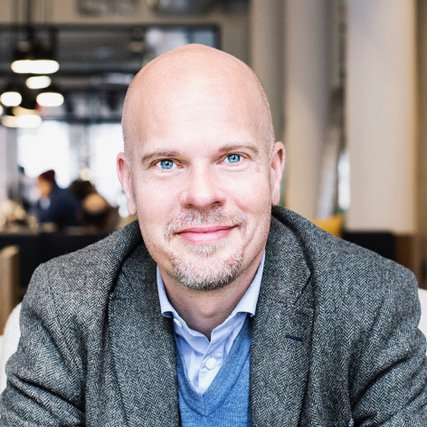 Chainalysis made a name for itself by helping law enforcement track criminals’ use of Bitcoin and other cryptocurrencies. More recently, as crypto moved into the mainstream, the New York-based firm has developed a second line of business helping financial and investment firms stay on the right side of regulators.

On Tuesday, Chainalysis announced it has raised a $30 million Series B round led by Accel that will help it expand its operations, including its “Know Your Transaction” product that currently helps more than 100 financial institutions and cryptocurrency exchanges vet their customers.

The new funding round will also see Chainalysis open a London office that will serve as a hub for R&D, and will see Philippe Botteri, a partner at Accel, join the company’s board of directors.

In an interview with Fortune, CEO Michael Gronager said that revenue from law enforcement, which was 90% of the company’s business a year ago, now makes up 40% with corporate clients comprising the rest.

Gronager also said the company sees a big opportunity in helping clients vet transactions involving so-called “stablecoins,” which are a species of cryptocurrency designed to maintain a value of $1. Typically, the issuers of stablecoins back the digital tokens with a full reserve of U.S. dollars, though some companies have tried (unsuccessfully in some cases) to rely on more exotic forms of financial engineering.

According to Gronager, stablecoins have become a source of momentum for the crypto industry, which has been hit by a long-term price downturn and the implosion of “Initial Coin Offerings” under pressure from the Securities and Exchange Commission.

“Born out of the ashes of this was the stablecoin as another way to easily and safely create tokens. This ability to trade U.S. dollars against crypto is very powerful,” said Gronager.

Gronager added that the firm has confidence in the most popular stablecoin, known as Tether, which has been dogged by allegations that it is not backed by a proper supply of reserves. Gronager described Tether’s transparency as “quite good” and said Chainalysis hasn’t “seen anything to raise alarms.”

While Chainalysis declined to provide specifics about its finances, Gronager said the firm’s revenue has grown three times since last April when it raised $16 million. He added the firm isn’t currently profitable, focusing on growth instead.

Chainalysis, which competes with UK-based Elliptic in supplying crypto analytics, has attracted press coverage for its periodic research reports. These include a revelation that 4 million of Bitcoin’s 21 million supply are likely lost forever, a survey of large Bitcoin owners known as “whales,” and, most recently, a report that two criminal gangs were responsible for $1 billion in cryptocurrency hacks.

Chainalysis is able to produce such analysis by tracking the activities on blockchains, which serve as a public ledger on which Bitcoin and other cryptocurrencies record transaction activity. While the transactions are associated with pseudonymous digital accounts known as wallets, Chainalysis’s ability to track the flow of cryptocurrency can often identify funds that are tied to criminal activity.

Recent years have seen the introduction of new types of cryptocurrency, such as Monero and Z-Cash, which are designed in a way to make the funds nearly impervious to tracking. Gronager concedes that Chainalysis is able to glean little information about such cryptocurrencies, but says their adoption has been minimal compared to other cryptocurrencies.

An earlier version of this story incorrectly referred to Chainalysis’s product as “Know Your Customer.”