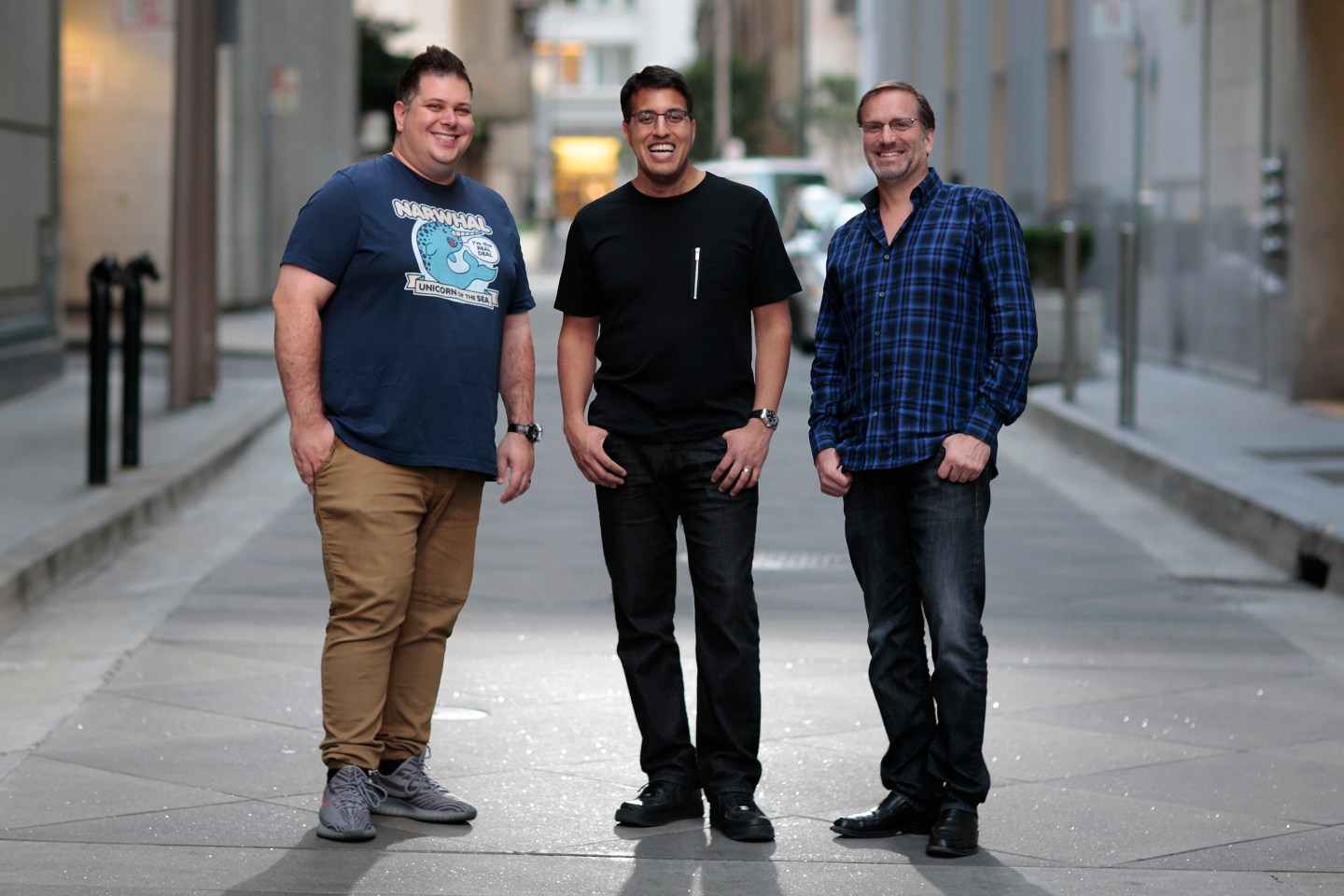 Dan Teree has been building ticketing businesses since the dotcom days.

When Teree joined TicketWeb in 1999, the then 3-year-old company claimed to be the first ever to sell tickets to events over the Internet. Nearly a decade later—after a 7-year tenure at Ticketmaster, which bought TicketWeb for about $35 million in stock in 2000—he cofounded Ticketfly. Then an upstart, Ticketfly’s popularity soared on social networks like Facebook and Twitter, and culminated in a sale to Pandora valued at $450 million in 2015. (Once-rival Eventbrite took it over for $200 million last year.)

Now Teree is again striving to blend his business acumen with the web’s trend du jour. This time, that means blockchain: the distributed ledger technology that makes cryptocurrencies possible.

On Wednesday, Teree and two cofounders announced a new startup, Tari, that plans to sell—you guessed it, tickets—except with a twist. The digital admission slips will be tracked and logged on a new, to-be-developed blockchain, also called Tari, complete with its own native, as-yet-unreleased cryptocurrency, dubbed “Tari tokens.” The team also aspires to create a marketplace beyond tickets to cover all sorts of digital goods, including loyalty points, virtual currencies, and in-game items.

Imagine Tari as a secondary market for virtual goods, like rock show passes, Starbucks Rewards kick-backs, and V-Bucks, the coin of the realm in Fortnite, a popular video game. Right now, it can be hard to transfer those assets between different websites and, at the same time, keep tabs on the items as they change hands, Teree says.

During Consensus, the blockchain industry’s biggest conference, Teree, Tari’s cofounder and chief operating officer, told me he believes blockchain tech can solve the problem of “economic leakage,” where middlemen reap all the revenue from the resale of virtual goods. He said Tari will be designed to help compensate original “owners,” like artists, sports teams, event promoters, and other parties.

That secondary market for live events tickets, which includes the likes of eBay-owned Stubhub, is sizable—and it continues to grow. A 2015 study by Technavio, a market research firm, projected that the market segment would exceed $15 billion by 2020. And that’s excluding the expansion to other as yet untapped digital goods, like loyalty points.

Tari is an unlikely crew. The startup will be led by CEO Naveen Jain, who is an angel investor in more than 40 ventures, including Flexport, a shipping logistics startup. In 1999, just as Teree was joining TicketWeb, Jain, then aged 19, founded Sparkart, an e-commerce shop that has counted artists such as Beyoncé, Slayer, Tim McGraw, and Mariah Carey, among its customers. In 2007, he cofounded Clique Here, a merchandise logistics business that has close ties to the music industry.

In one of his more recent exploits four years ago, Jain graduated from Y Combinator. He attended the startup accelerator program as the chief marketing officer of Immunity Project, a firm that, ambitiously, has aimed to develop and distribute a free HIV/AIDS vaccine.

Nothing fluffy about it

The third cofounder is Riccardo Spagni, better known by his fanciful moniker “fluffypony.” He is the lead maintainer of Monero, a privacy-oriented cryptocurrency, and will serve as Tari’s chief technology officer, a job tasked with building out Tari’s open source developer community.

Spagni won’t be leaving Monero behind, though he plans to continue lessening the centrality of his role there as focuses on Tari, which will be built “on top of Monero,” he says.

In technical terms, he says, the Tari blockchain will take the form of a “merge-mined side chain,” meaning its ledger will be linked—through a process known as cryptographic hashing—to the Monero blockchain. The two networks will share DNA, in other words.

Get The Ledger, Fortune’s weekly newsletter on the intersection of finance and tech.

In this way, Monero “miners,” the people who contribute computing resources to maintain the Monero blockchain, should be able to lend their CPU power to Tari with minimal extra effort, while earning Tari tokens for the additional work. This resource-sharing should, in turn, bolster the Tari blockchain’s security as it piggybacks on Monero’s established, preexisting network—one that has ballooned, since its founding in 2014, to a total market value of about $2.8 billion, per data provided by cryptocurrency tracker CoinMarketCap.

These are the plans anyway, Spagni says. The tech has yet to be built.

Show me the Monero

Spagni is skeptical about adding cryptocurrency to any project indiscriminately, but he thinks it makes sense for Tari. The blockchain needs a token, he says, to incentivize people to support it; in this case, the majority of the mining reward—the tokens issued by lottery to the network of computers responsible for securing the Tari blockchain—will go to the so-called miners, Spagni says.

As for the founding team’s crypto compensation: A small quantity of the Tari tokens will slowly dribble out to the cofounders over the course of three decades, Jain says. This may represent one of the longest vesting schedules for entrepreneurs behind any tech startup, he says. (It’s worth noting, however, that the assets will likely be liquid—meaning, not locked up, as is the case with private equity—and able to be traded as soon as they get dispersed.)

Despite the fledgling nature of the Tari project, its vision has garnered praise from at least one notable industry veteran. John Pleasants, ex-CEO of Ticketmaster and a former top executive at Samsung, Disney, and Electronic Arts, commended the project in a statement, saying it could “help all parties in the entertainment industry recover billions in lost revenue by better enabling how tickets are sold and re-sold.”

For video games, Pleasants said, an open market for digital assets could “greatly improve both monetization for publishers and the overall consumer experience.” He added: “It’s a way of facilitating legitimate free trade across many industries.”

Tari’s cofounders declined to reveal the size of the initial investment.