Creating jobs for older workers in a society that often forces them to retire early.

For South Koreans, age isn’t just a number, but a problem in a land where the elderly population is growing rapidly. By 2050, more than half of its workers will be over 50, and almost half of those over 65 years today are in poverty. Aggravating this issue: Mandatory retirement ages of 55 or 60 are common in the country.

Conglomerate CJ Group has offered those who are cast out of the workforce a way back in: delivering its packages. Under CJ Logistics, the company has trained older people to be delivery agents across most of the country’s provinces. Over 1,000 jobs have been created, and the average monthly income is 180% higher than that offered in part-time public-sector jobs for seniors. CJ aims to expand this model to those with disabilities and low-income populations. “One of the most important things a corporation can do is to create jobs,” said Heekyung Jo Min, a social-responsibility executive at the company. 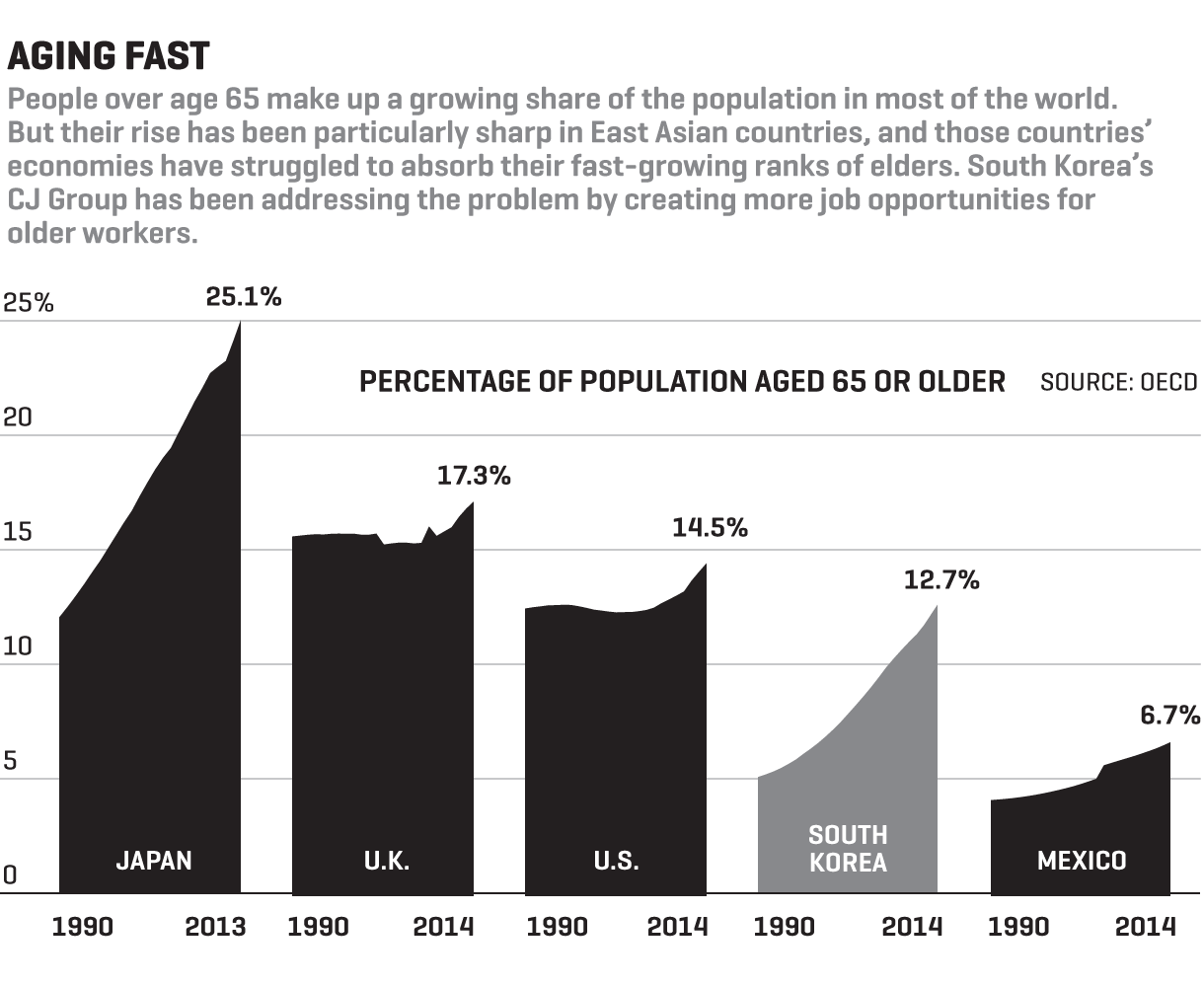