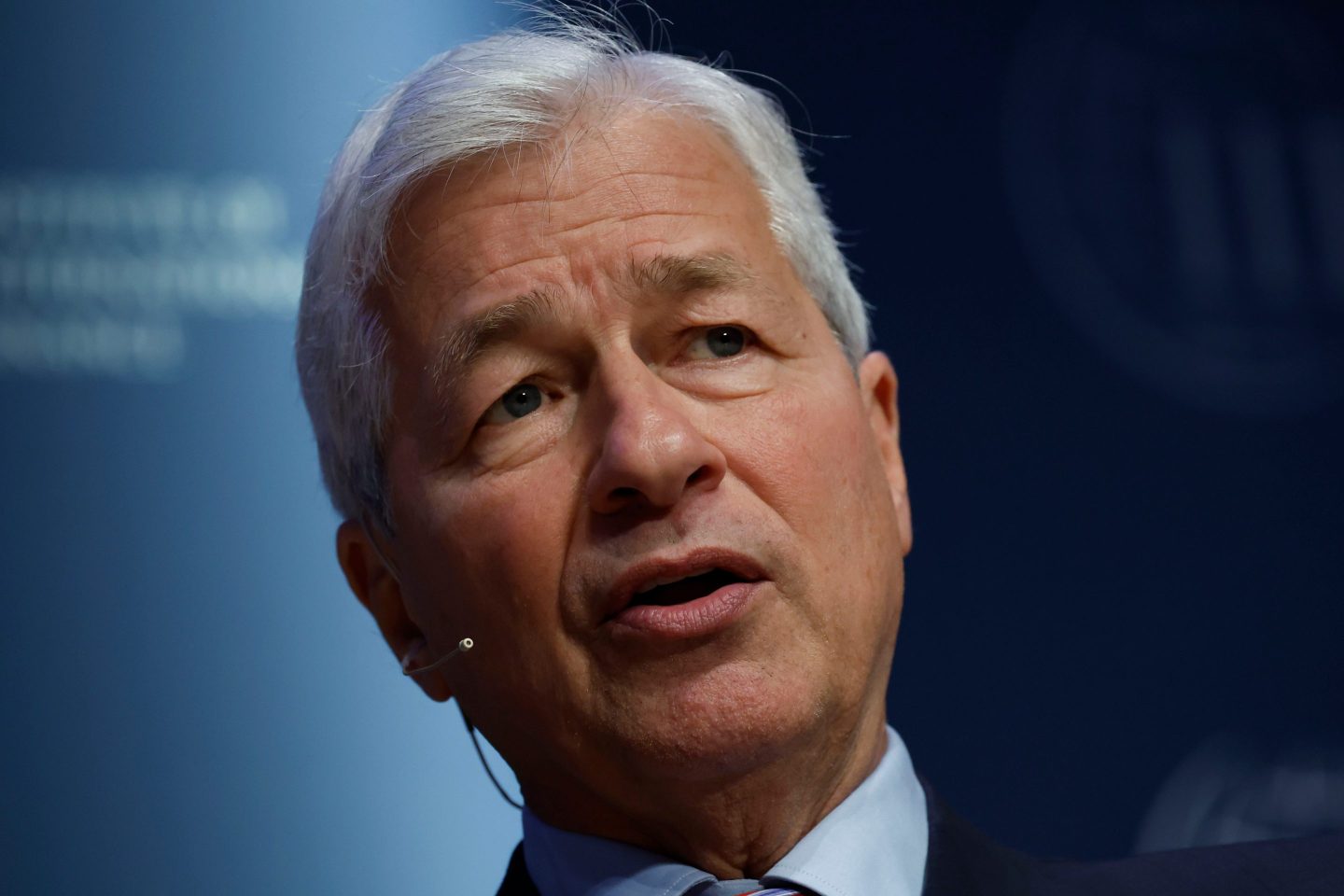 Jamie Dimon has been pro-office since the beginning.
Ting Shen—Bloomberg/Getty Images

Dimon expounded on his longstanding gripe with remote work in an interview with CNBC at the World Economic Forum in Davos this week, first reported by Bloomberg. “It doesn’t work for young kids or spontaneity or management,” Dimon said.

But it does work, he continued, for some jobs like researching and coding. He added that allowing women to work from home could “help” them, given that housekeeping and caregiving disproportionately fall on women’s shoulders. “Modify your company to help women stay home a little,” Dimon told CNBC.

Keeping in line with his fellow Wall Street CEOs, Dimon has held the line on mandatory in-person work wherever possible for years now. “I’m about to cancel all my Zoom meetings,” he said in May 2021, well before most of the country was vaccinated. “I’m done with it.” He added that remote work, on the whole, doesn’t work for people who want to hustle.

He said at the time that he expected a return to workplace normalcy in the fall off 2021. “And everyone is going to be happy with it,” he added. “And yes … people don’t like commuting, but so what.”

Over a year later, in August 2022, he noted that remote work was less conducive to an honest work environment and promoted procrastination. His peers agree with him.

And Goldman Sachs CEO David Solomon has served as the cornerstone of the return to office war, arguing that workforce culture cannot survive over Zoom, which is an “aberration.” Meanwhile, Citibank CEO Jane Fraser, who has been more open than her peers to flexible work arrangements, told Davos attendees she was bringing low-performing remote workers back into the office for additional coaching.

What each of these staunch in-person advocate CEOs might be overlooking: Workers overwhelmingly prefer flexible work arrangements, which benefit their health, their wallet, and their work-life balance. The so-called young kids in particular roundly disagree with Dimon, and they’re not afraid to leave a company that refuses to bend. In fact, openness to flexible work can vastly reduce turnover.

Consider Spotify, where turnover dropped 15% between 2019 and 2021, when it instituted a work-from-anywhere policy. If you trust your workers and treat them well, it doesn’t matter where they work, Katarina Berg, Spotify’s chief human resources officer, told Fortune.

Perhaps in 2023, leaders will find that those workers have voted with their feet.