This Chinese billionaire has lost over 90% of his fortune and analysts are worried about the future of his 200,000 staff 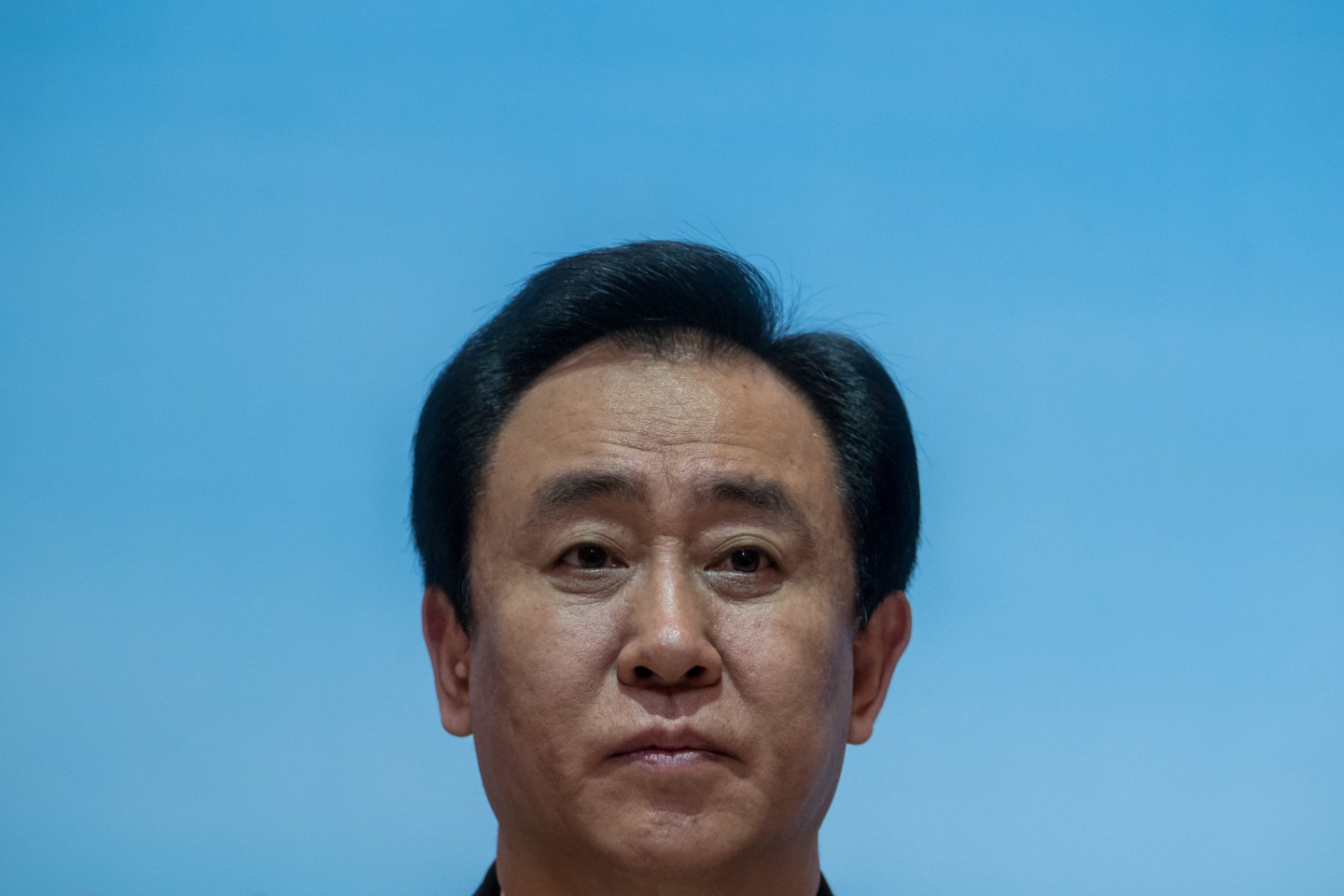 The chairman of China Evergrande tried propping up the business by selling his assets.
Anthony Kwan—Bloomberg/Getty Images

The chairman of an embattled Chinese real estate developer has seen his wealth drop from $42 billion to $3 billion as the country’s formerly hot property market continues to slow.

Hui Ka Yan was once one of China’s richest people, as well as engaging in high-level politics. Yet according to the Bloomberg Billionaires Index, the property mogul’s fortunes have changed, with his personal wealth collapsing by 93%.

It comes after a turbulent few years for his conglomerate, China Evergrande. The business is the most indebted developer in the world and has for years been trying to scramble for cash to pay back its $300 billion in liabilities.

Although Hui, also known as Xu Jiayin in Mandarin, used his personal wealth to prop up the brand by selling off houses and jets, according to reports from CNN, the company still defaulted on its U.S. dollar bonds in December 2021. The firm had promised to provide a debt restructuring plan by July last year, setting out how it would go about paying back creditors, suppliers, and investors, but failed to do so.

In January last year the group also suspended trading of its shares on the Hong Kong stock exchange amid reports it had been ordered to tear down scores of apartment blocks in development in China’s southern Hainan province.

Evergrande had built 39 luxury apartment buildings in Danzhou city in southern Hainan province on Ocean Flower Island, a development fashioned from three plots of reclaimed land shaped like a flower. But Chinese authorities reportedly ordered Evergrande to destroy the 39 apartment buildings within the next 10 days after Evergrande allegedly secured building permits through “unlawful” means.

It comes amid a wider slowdown in the country’s real estate market as the housing market recorded its 11th straight month of price declines in August 2022.

Formerly a major player in China’s political game, Hui is now finding himself shunned, Bloomberg reports. After joining in 2008, Hui had been part of the Chinese People’s Political Consultative Conference—a group comprised of top government officials and the biggest names in business. And as of 2013 he was also part of the group’s elite, 300-strong political advisory body.

However, he was told not to attend the group’s annual conference this year, with his name also scrubbed off the list of those who will form the body for the next five years. China Evergrande did not respond to Bloomberg when approached for comment.

Willy Lam, an adjunct professor at the Chinese University of Hong Kong who has authored several books about Chinese politics, told Bloomberg: “The CPPCC role is like an honorary reward that China gives to faithful business people to make contributions to the country. It’s not surprising at all that property tycoons like Hui, who created trouble in the property sector with their over-leveraging, are out of the list.”

But Hui’s fall from grace has prompted analysts to fear the wider ramifications of Evergrande’s precarious situation. China’s real estate market accounts for some 30% of its GDP, and Evergrande employs 200,000 people.

At least Hui can take some solace from one of the globe’s most notable entrepreneurs, Elon Musk. Formerly the richest person on the planet, Musk recently set the world record for the largest loss in personal wealth.

Guinness World Records said earlier this month the Tesla cofounder had suffered the largest loss of personal fortune in history, at an estimated $182 billion since November 2021. The record authority added that the exact figure was “almost impossible to ascertain” because the calculation is based on an estimation by Forbes. It added that other sources—which have valued Musk more highly—suggest he could have lost closer to $200 billion.

The richest person in the world is now Bernard Arnault, the founder of luxury goods multinational LVMH (Louis Vuitton Moët Hennessy). Arnault has an estimated net worth of $190 billion.