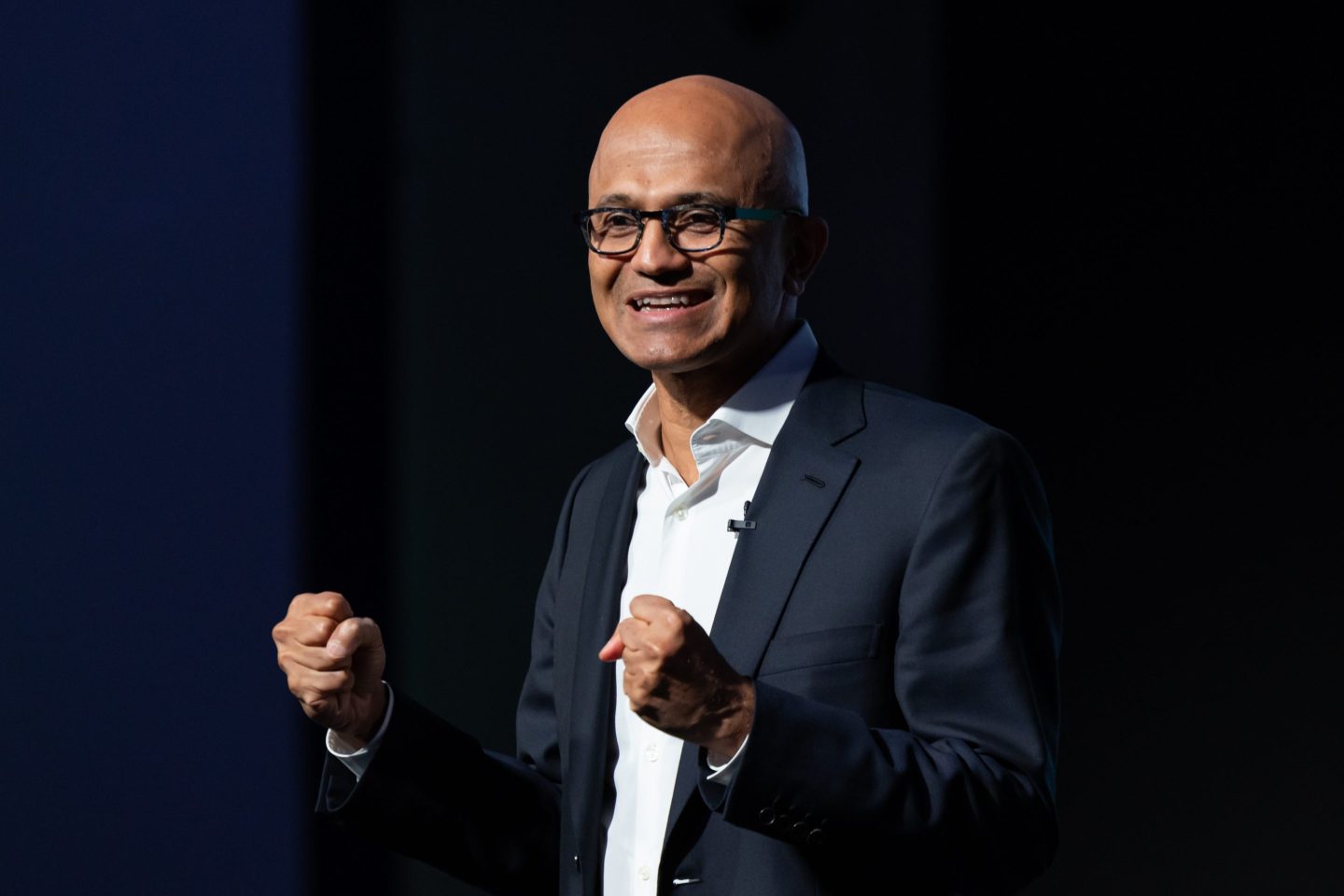 The world is gearing up for an artificial intelligence (A.I.) arms race, and it won’t just be between global superpowers vying for military supremacy—it will also include tech giants like Alphabet, Apple, and Google, along with thousands of startups.

Microsoft is even in talks with Open AI, the creator of the popular A.I. chatbot called ChatGPT that took the internet by storm a few weeks ago, to invest as much as $10 billion in the company, Bloomberg first reported this week, citing unnamed sources. Wedbush tech analyst Dan Ives called ChatGPT one of the “most innovative A.I. technologies” in history, and “a potential game changer” for Microsoft, in a Wednesday note to clients.

“We believe this strategic investment is a smart poker move in this A.I. arms race that is taking place globally,” he wrote, arguing that Microsoft is becoming a “core A.I. play” for investors.

Microsoft stock is up nearly 3% this week, but remains down roughly 25% over the past year amid the broader bear market. But Ives said that OpenAI’s tech will have broad applications at the tech giant, and he believes it will be “fully integrated” into the entire product suite over the next decade.

This isn’t Microsoft’s first time jumping into the A.I. space. The tech giant has been developing its own A.I. tech for years (check out VALL-E, the A.I. that can clone your voice after listening to a three-second audio clip) and even invested $1 billion in OpenAI back in 2019 in order to build new A.I.-enabled supercomputing technologies for its cloud platform, Azure. Now, with OpenAI raising funds at a $29 billion valuation and luring over 1 million users to ChatGPT less than a week after its release in early December, Microsoft is reportedly taking another bite of the apple as well—and Ives believes it’s the right move.

“While ChatGPT is naturally a high cash burn situation today, we view this as a strategic step for Nadella & Co. to double down on its artificial intelligence strategy as more use cases boost unprecedented demand for AI solutions,” he wrote, referencing Microsoft CEO Satya Nadella.

Ives said that Microsoft will be able to incorporate ChatGPT into the Office suite, and threaten Google’s search engine dominance by using the technology to improve search results for customers. Bing currently represents just 3% of the global search engine market compared to Google’s 93%, according to Statcounter.  But Ives believes that could change if the company is able to offer “more advanced search capabilities and language models.”

Ives also argued that Microsoft may be able to use OpenAI’s tech in its video gaming division. Microsoft is currently in the process of acquiring Activision Blizzard, the one of the largest gaming companies in the world, for $69 billion. But it has hit roadblocks with both the U.K. Competition and Markets Authority (CMA) and the U.S. Federal Trade Commission (FTC), which argue that the acquisition would suppress competition in the gaming industry.

“This is another step for the company to double down on its gaming initiatives with this technology finding more applications within the video gaming and digital art industry,” Ives wrote, arguing that Microsoft will ultimately be successful in its “battle” with the FTC.

But not everyone is so bullish on A.I.’s potentially game-changing moment. Some critics have called ChatGPT dangerous, and teachers have begun to wonder whether the chatbot means the end of the college essay. Tesla CEO Elon Musk, who was himself one of OpenAI’s early backers, has previously described A.I. on the whole as “summoning the demon” in a 2014 interview.

Musk called ChatGPT “scary good” in a Dec. 3 tweet after its release, adding that “we are not far from dangerously strong A.I.” But for investors, Ives believes that A.I. advancements could be a gold mine, and Microsoft will be one of the beneficiaries. He holds an “Outperform” rating on the stock—akin to a buy rating—and a $290 12-month price target.