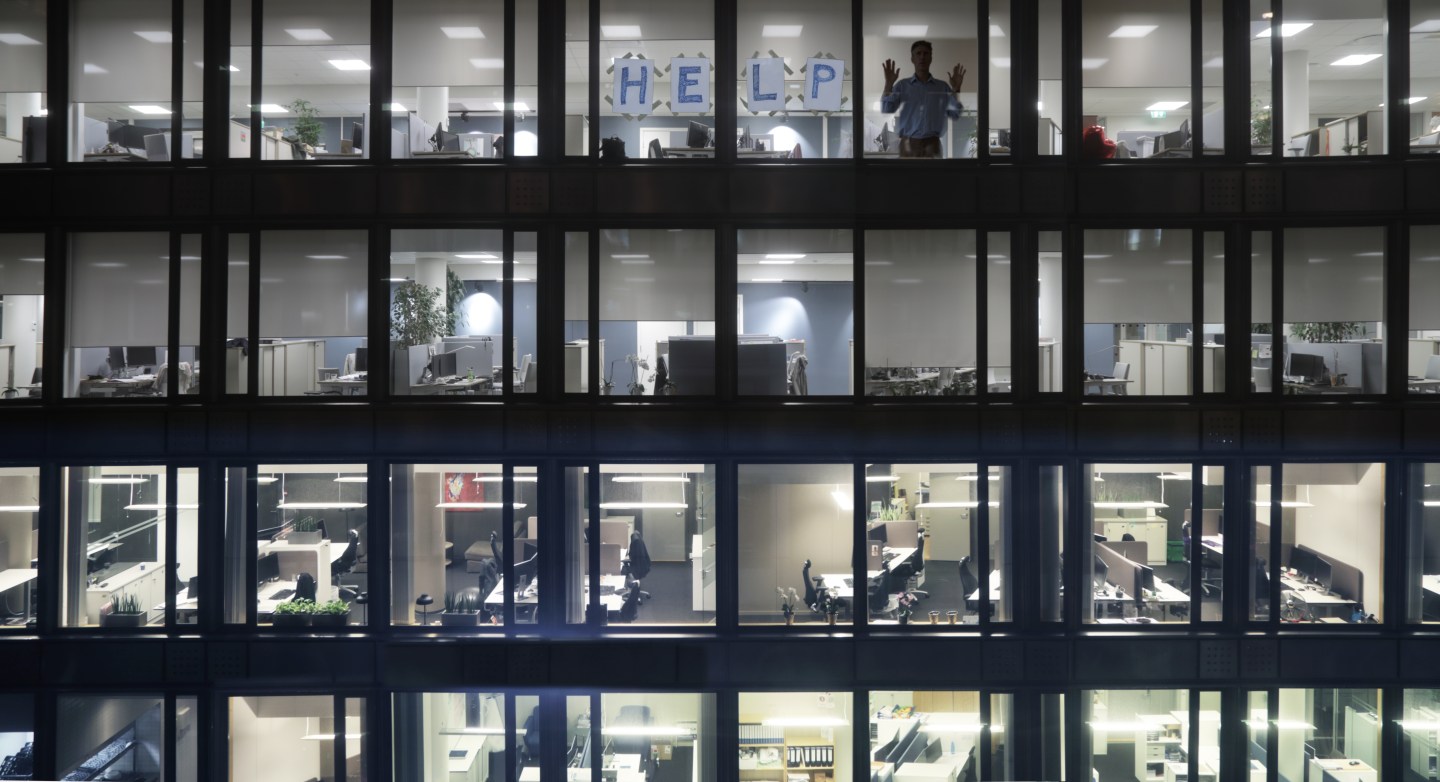 Executives and business leaders had their eyes set on 2022 being the year the office returned in full force. That didn't happen.
Peter Cade—Getty Images

Do you remember March 2020? Specifically, the week we said goodbye to our office plants and began setting up makeshift office spaces at home? Of course you do. It was supposed to last two weeks before we’d be back in our rolly chairs and, for all intents and purposes, back to business as usual.

But two, going on three, years since then, and many office workers across the country are still typing from their couches and spare bedrooms for at least a major part of their week—and it’s not for lack of trying by the executives eager to bring back the good ol’ days of the office.

This was supposed to be the year we all went back to how work looked pre-pandemic. But 2022 didn’t unfold the way many decision makers had hoped. Return-to-office plans and mandates came in fits and starts, hampered by new variants, shifting relationships to workism, and a veritable war between employees and management over the future of how we do our jobs.

Hindsight is 20/20, and we can all agree it shows that we were naive (probably the nicest way to put it) to ever think we’d be returning to the office in May 2020 or even a few months later in the fall. We had yet to experience the nadirs of the pandemic. No one was vaccinated and nothing seemed to flatten the curve that first year. And while 2021 initially offered some hope that we’d be back at our desks by summer, as people lined up for vaccines in the spring, the emergence of the Delta variant, followed later by Omicron toward the end of year, quickly dulled the promise of a “hot vax summer” and a—slightly less bacchanalian—return to office.

By the time we flipped our calendars to January 2022, we were getting used to the return-to-work cycle. After throwing in the towel on 2020 and 2021, executives and business leaders had their eye set on a 2022 return. What they got, however, was a chaotic up-and-down year filled with more questions about the office and what the future held.

2022: The year of thwarted return-to-office attempts

While many companies all but gave up on giving firm return-to office dates after so much disappointment in 2021, office occupancy rates actually saw an uptick a few months into the year.

At the start of 2022, office occupancy stood at just over 23%, according to Kastle Systems, a security company that tracks patterns in employee key-card entry systems. That jumped to 43% office occupancy by the first week of April, where it roughly remained through much of the spring and summer.

It was a period of heightened tension and anxiety between remote and hybrid workers and executives. There was a major shift in pandemic concerns in the early months of 2022, after the height of the Omicron wave. By spring, bosses were ready to start calling workers back to offices: Apple frustrated employees with its new hybrid plan, Goldman Sachs demanded staff return five days a week, and Google put an end to working from home and started pulling workers back as well. The tech giant celebrated with a Lizzo concert for employees in its Bay Area offices.

Two years into the pandemic, however, white- collar workers were used to their newfound freedom and flexibility that allowed them to work from anywhere, taking calls and Zooms from beaches and woodsy getaways. They could not be swayed by flashy RTO celebrations. And in a tight labor market, many white-collar employees felt they had the upper hand.

They all but rebelled, threatening to quit in droves. The fervent dissidence, coupled with the rise of new Omicron subvariants, forced many companies either delay or revise their return-to-office plans. As loud as companies declared their return-to-office intentions, they were surprisingly quiet when it came time for enforcement as their employees simply ignored the mandates. Besides, no one wants to go into the office in the summer—not even executives

Labor Day was supposed to be the ultimate do-or-die line in the sand—and once again we heard from companies like Apple, Peloton, and Comcast calling workers back. Some companies, in the vein of JPMorgan Chase and Goldman Sachs, put their foot down and demanded a return or else, while others goaded workers with perks like lunch boxes to lure them back to their cubicles.

It worked, to a certain extent. Office occupancy saw a slight uptick from nearly 44% before the holiday, to more than 47%, the highest it had been since the start of the pandemic. But if execs were hoping to see that number tip over 50% they were sorely disappointed. Office occupancy has hovered around 47% all fall.

One of the more interesting wrinkles in this year’s virtually nonstop return-to-office debate was watching the narrative turn from when will we return to the “normal” nine-to-five, in-office workday to what’s the best hybrid, flexible working situation for employees. Executives, it seems, essentially gave up trying to force people back to offices. But perhaps they’re just biding their time and playing some long game?

“There’s a pretty broadly held view that we’ve done the hybrid thing, and it’s worked, but that we’re heading into a recession, and people are going to be forced to come back to the office because they’ll have no other choice,” Dan Kaplan, senior client partner at global consulting and headhunting firm Korn Ferry, told Fortune last month.

But the thing is, he says, “people aren’t going back.”

Rank-and-file office workers grabbed hold of the upper hand for dear life when job openings were a plenty, and they had leverage to demand flexibility and work-life benefits.

At the end of August, however, the number of job openings fell from 11.2 million the month prior to 10.1 million, more than expected. It signaled a gloomier economic outlook that caused companies across industries to tighten their belts after a period of increased hiring and growth.

The idea, as Kaplan laid out, was that employees would see the looming recession as writing on the wall and flock back to offices in an attempt to portray a more present, productive front and save themselves from layoffs. But some employers are opting to get rid of the office before the worker as a cost-cutting measure, and the economy is continuing to add jobs, defying economists’ expectations—signs the worker may still have the upper hand.

It’s too early to say whether Kaplan’s theory will prove true as we enter 2023 (the new year of return to office?), but it didn’t really come to fruition in the latter part of 2022, though those anxieties were palpable.

Office occupancy held relatively steady around 47%, with an uptick here and there, through most of September, October, and November. The latest data from Kastle Systems, however, shows that the week of Dec. 5, occupancy rates jumped to 49%, among the highest it’s been since the start of the pandemic.

Although returning to the office the way execs like Jamie Dimon and Elon Musk envisioned didn’t happen this year, what unfolded was so much more interesting: a real-time evolution of the future of work and how the office factors into that equation, driven by the people most impacted by how the puzzle pieces actually fall. We’re definitely keeping an eye on what comes next.