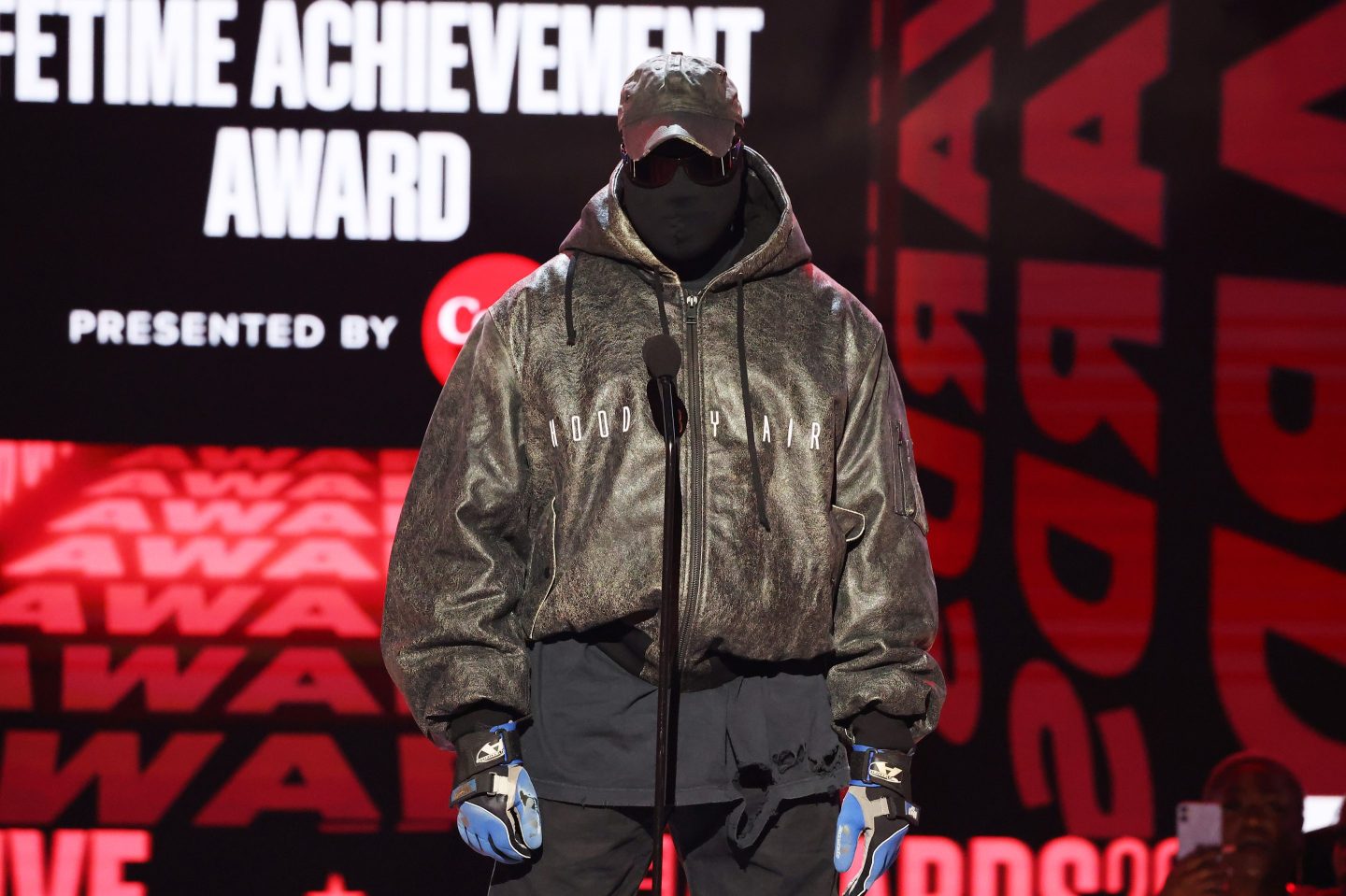 A Brooklyn-based creative director has filed a lawsuit against Ye—formerly Kanye West—claiming he owed her $100,000 for a photo shoot she did days before the rapper/designer sent his Yeezy brand up in flames.

Freelancer Katelyn Mooney said Yeezy employees contacted her on Sept. 11 to hastily pull together a shoot in just two days for West’s new sunglass line SHDZ, according to a lawsuit filed in Manhattan Supreme Court on Wednesday.

Mooney claims she was promised $110,000 for the shoot that took place on Sept. 13 and was “fully responsible for every aspect of the photo shoot, including but not limited to hiring models, reserving studio space, procuring lighting, catering, pre-production, and post-production,” the filing says.

The lawsuit notes that representatives from Yeezy confirmed these details over text message and on the day Ye arrived at the shoot, modeled his SHDZ sunglasses, and left in the afternoon.

Around three weeks later, on Sept. 28, Mooney issued her invoice to Yeezy for a total of $110,000. She was told by the company that day that it would “release payment once [sic] get approval [from Kanye West].”

Five days after issuing the invoice, Ye sent models down the runway of his YZY Paris fashion show wearing “White Lives Matter” shirts, which eventually led to all corporate sponsors dropping him.

Mooney, one of the many people enmeshed in the downfall of Kanye West, says she only received $15,000 of what she was owed and that “she has had to take out a significant loan and max out her credit cards just to cover her rent and other bills.”

Her lawyers say this “abuse of an independent freelancer was the exact type of exploitative conduct FIFA was enacted to address.”

The timing of the invoice coincided with Ye’s conspiratorial and anti-Semitic downfall, which reached a peak when West appeared on Alex Jones’ Infowars to say he loved the Nazis.

The biggest loss for West was the end of his partnership with Adidas.

After West taunted the German sportswear giants by saying he could be as anti-Semitic as he wanted and it still wouldn’t drop him, Adidas was left with little choice but to cut ties with the rapper and his brand.

After Adidas dropped Yeezy, the valuation of the brand plummeted and $1 billion evaporated from Ye’s net worth.

More financial troubles may be ahead for West after NBC News reported on Wednesday that Yeezy Apparel also owes around $600,000 in unpaid tax debt to the state of California.

The debt had been accumulated over the last two years, and according to tax law experts, the amount of money owed could be a sign of deeper issues at the company.

“Multiple California tax liens, adding up to $600,000, that’s certainly a sign of either extreme incompetence or extreme cash problems,” USC Gould School of Law Professor Edward McCaffery told NBC News. “That is kind of an Amber Alert for the financial health of the enterprise.”