Bernard Arnault may now be the world’s richest man. Meet his 5 ultrawealthy children vying to take over his LVMH empire in a real-life ‘Succession’ plot. 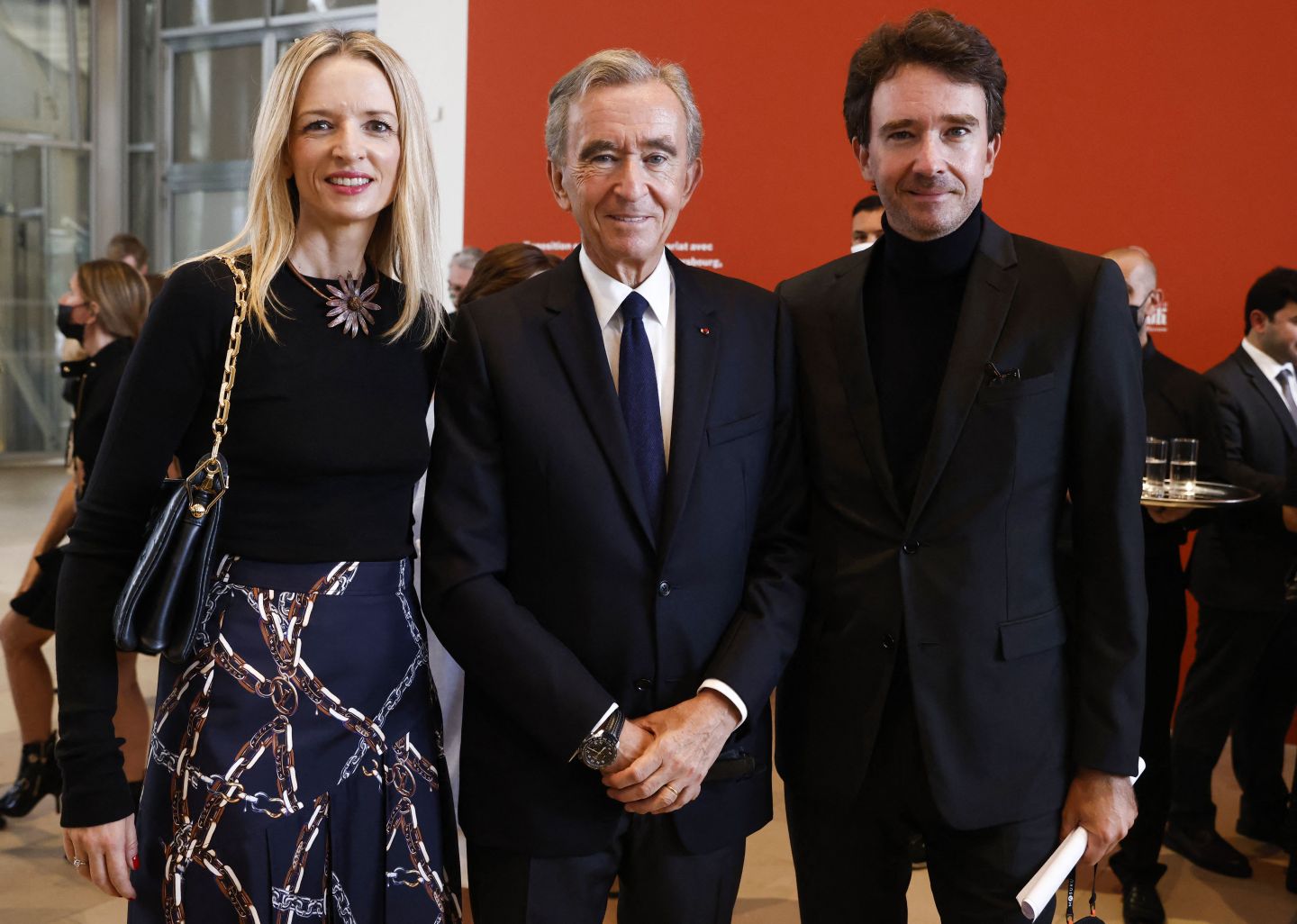 LVMH chief executive Bernard Arnault, who may now be the world’s richest man, according to Forbes, is said to be deciding which of his five children will take over the empire.

The company recently moved to raise its age limit for a chief executive officer so Arnault can stay on.

The CEO could use this time to think about which one of his children will take over, Fortune reported in March, soon after Arnault’s 73rd birthday. The aging patriarch and his five children vying for power closely mirror HBO’s series Succession.

The French businesswoman is 47 and the VP of Louis Vuitton. She attended the EDHEC Business School in Lille and the London School of Economics.

She began her career at McKinsey in Paris, where she worked as a consultant for two years and learned strategy, according to the Financial Times. She acquired experience in the fashion industry while working at designer John Galliano’s company in 2000, helping develop the brand.

Between 2001 and 2013, she started working in the shoe department at Christian Dior and rose to deputy managing director for the executive committee. During this time, she oversaw one of the label’s most successful periods, steering the growth of leather goods, accessories, and communication strategies.

Since then, she has become executive vice president of Louis Vuitton and is in charge of supervising the brand’s product-related activities. She follows a calm management style and tends to visit stores when they are at their busiest.

Delphine is also a supporter of the LVMH Prize, which allows young fashion designers to be coached by LVMH professionals. In 2014, she was also named one of Fortune’s 40 under 40.

Antoine, 45, is the head of communications and image at LVMH. He is also the chairman of Loro Piana and chief executive of Berluti. The oldest son got his first chief executive role at Berluti, transforming the luxury shoemaker into a menswear label.

In 2002, when Arnault was 25, he cofounded an internet startup and started working in LVMH’s marketing team. He then got his MBA from Insead and, in 2005, rejoined LVMH in the advertising department.

Two years later, he was made director of communications at Louis Vuitton. Under this role, he launched the “core values” campaigns, which featured international figures like Muhammad Ali, Angelina Jolie, Mikhail Gorbachev, and Bono.

In 2011, he launched Les Journées Particulières, in which members of the public were invited to visit the LVMH ateliers and witness the craftsmanship. This festival takes place across 14 countries and encourages LVMH brands to open their doors to the public. He was appointed chairman of Loro Piana two years later, after his father purchased 80% of the cashmere retailer.

In 2018, he took on his current role at LVMH and was tasked with managing the iconic fashion house’s image. A year later, after a personal friend bought Laperouse, a historic Parisian restaurant, Arnault took a minority stake.

Like his sister Delphine and his father, he sits on the board of LVMH. According to the Wall Street Journal, he is married to Natalia Vodianova, a Russian model, and is passionate about golf.

At 30, Alexandre is fluent in French, English, and German, and the VP at Tiffany.

He graduated from Telecom ParisTech and got a master’s in innovation from École Polytechnique. His digital experience has helped the fashion conglomerate launch 24 Sevres, its e-commerce platform.

In 2017, he was appointed to lead the luxury luggage bag maker Rimowa after LVMH announced that it would acquire an 80% stake in the company. This acquisition was a key move as Rimowa was the last luxury luggage brand left on the market after Samsonite acquired Tumi. The brand influenced LVMH’s digital strategy and collaborations with Supreme, Off-White, and Fendi.

In 2019, he took over his father’s seat on the board of directors at Carrefour, the French supermarket chain. Finally, last year he became executive vice president of product and communications at Tiffany & Co.

In that role, Alexandre has already started shaking things up with his contemporary and modern approach. According to the Wall Street Journal, CEO Anthony Ledru described him as 40% analysis and 60% gut feeling, a go-getter that made things happen sooner rather than later. Thanks to him, Jay-Z and Beyoncé agreed to do the “About Love” campaign for the jewelry company, which featured a Tiffany-blue Basquiat painting.

In 2021, he married Géraldine Guyot, a young designer. The union was first celebrated in Paris and then in Venice. A grand ceremony was held and attended by Roger Federer, Pharrell Williams, the Carters, and Kanye West, who also performed.

Frédéric, 27, is the chief executive at TAG Heuer, a luxury watch brand. He studied at the École Polytechnique and ran a mobile payment startup with a friend, which they later sold to BNP. He then joined TAG Heuer full-time as the director of strategy and digital.

When Frédéric was 25, he was named CEO of TAG Heuer, making him the second-youngest Arnault to obtain that position after his brother Alexandre. While he puts a lot of focus into connected watches, which now constitutes 15% of all sales, his main focus is e-commerce, which grew 329% in 2020. It was also thanks to him that TAG Heuer got a key partnership with Porsche.

In 2020 he entered the spotlight after he partnered with Ryan Gosling after taking the reins of TAG Heuer. In the beginning, the partnership seemed unusual because the actor had no social media presence and had never endorsed a product before. However, Frédéric saw an opportunity and finally signed a two-year deal with Gosling after a year and a half of negotiations.

Last year, it reported revenues of $7.1 billion from its watch and jewelry sector in the third quarter.

The young businessman’s history with TAG Heuer dates back to when he was 11 and received a TAG Heuer Aquaracer from his father. In 1999 his father bought the brand, and it has become the most significant watch brand in LVMH’s portfolio.

Frédéric is also a man of many talents and plays the piano and tennis, and is fluent in English, Italian, and German.

At 24, Jean is the director of marketing and development for Louis Vuitton watches. Louis Vuitton launched its watch factory in 2003.

The youngest Arnault got his master’s degrees in mechanical engineering from Imperial College London and financial mathematics from MIT. His interest in the watchmaking industry peaked after his brother Frédéric told him about what he was doing at TAG Heuer, and he studied at the label’s watch institute.

Even though he just started in the business world, the future is bright.

Jean told the Financial Times that he sees huge potential in mechanical watches during the digital, connected revolution. The more his generation connects their lives with devices, the more they desire something strictly mechanical.