COVID can live on groceries for days, scientists find in new study 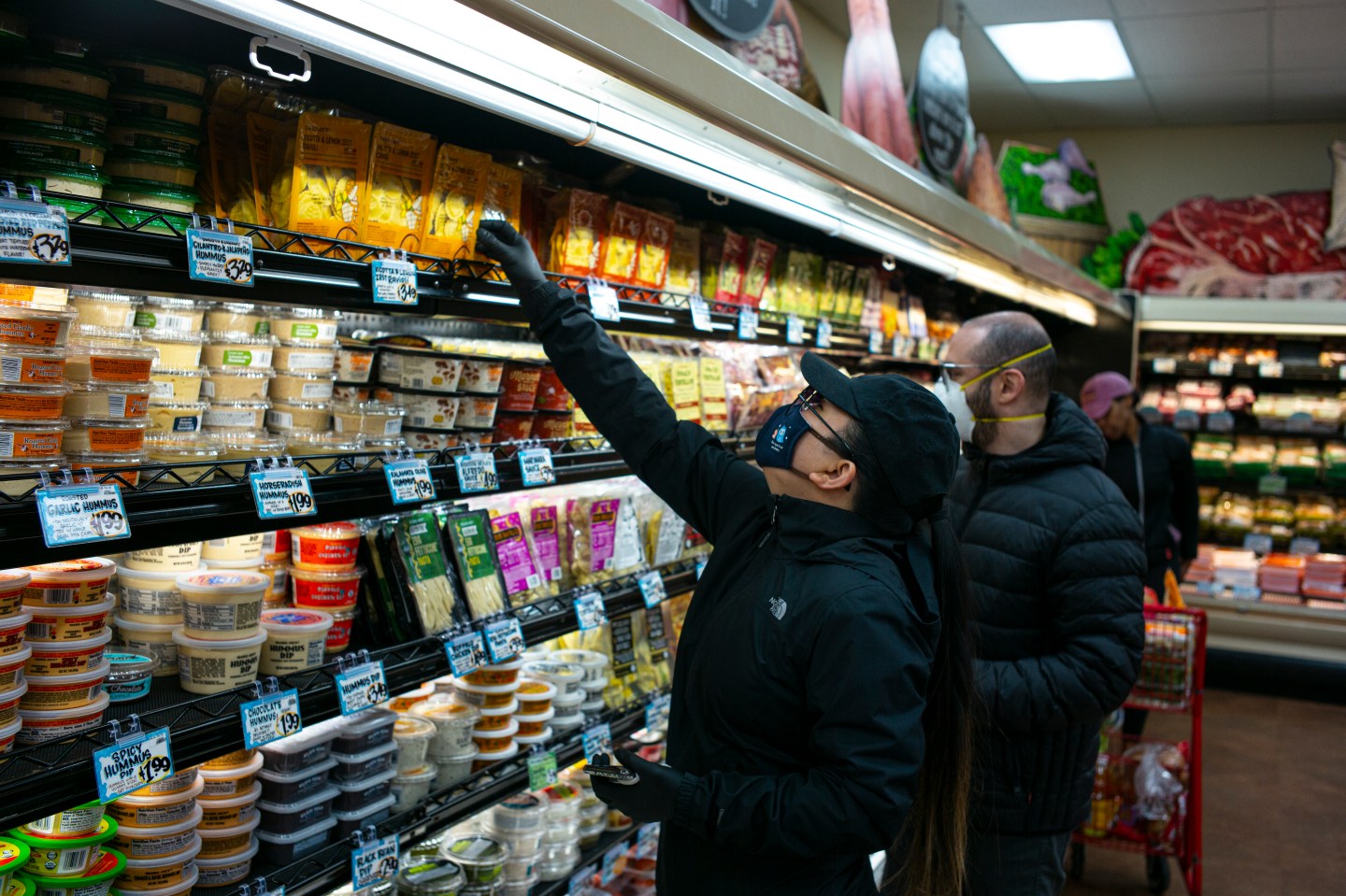 When COVID-19 first emerged to cause a historic global pandemic, questions naturally arose about how the virus was spreading.

One possibility was that people were picking it up from contaminated surfaces, a prospect that led to a surge of deep cleaning, panic buying of hand sanitizer, and questions about whether it was safe to open mail or unpack groceries without wiping them down first.

Now, new research from the U.K.’s Food Standards Agency (FSA) that looked into whether the virus was able to linger on grocery items suggests that being careful with some food items might not be a completely outlandish idea after all.

The foods that were tested, the research team said, “are commonly sold loose on supermarkets shelves or uncovered at deli counters or market stalls, they may be difficult to wash, and they are often consumed without any further processing i.e., cooking.”

They also tested food packaging materials that are either very common or used on products where consumption of the food may involve direct contact between the mouth and the packaging.

Scientists artificially applied infectious COVID-19 virus to the surfaces of the foods and packaging, and measured how the amount of virus present on those surfaces changed over time. The surfaces were tested in a range of temperatures and humidity levels over time periods that reflected their typical storage conditions.

The concentration of the virus that was applied to the items was representative of respiratory droplets landing on them, for example if an infected person coughed or sneezed nearby.

The researchers found that virus survival varied between grocery items, but for most of the foods tested they noticed a “significant drop” in levels of contamination after the first 24 hours.

Some goods, including bell peppers, bread, ham, and cheese, had infectious virus detected on them several days after they were contaminated. On some surfaces, like croissants, the virus remained present and transmissible for hours.

The study’s authors broke their findings down by categories of food.

Scientists at the FSA said that previous research had suggested COVID-19 was expected to survive better at chilled temperatures than at ambient food storage temperatures.

“But for fresh vegetables presented in this report the difference between survival at chill and ambient conditions, is not so clear cut,” they said in the report, which was published this week.

They said the virus survived for the longest time—up to five days—on broccoli when it was stored at 23 degrees Celsius (73 degrees Fahrenheit) with a humidity setting of 31%. Meanwhile, COVID lived on bell peppers for up to seven days when the peppers were chilled at 6 degrees Celsius.

On raspberries, the virus survived for variable lengths of time depending on conditions, but the report’s authors noted that the fruit’s pitted surfaces “may protect the virus from desiccation.” Apples, however, could have antiviral properties because of chemicals in their skin, the researchers noted, citing previous studies.

According to the study’s findings, COVID-19 lasts longer on white bread crusts than brown bread crusts. They speculated that this could be because of substances found in the higher levels of fiber in brown bread.

Pastries that were tested, including croissants and pain au chocolat, quickly inactivated the virus, researchers said. They hypothesized that this could be due to the baked goods being coated with a liquid egg wash that may have an inhibitory effect on COVID-19.

“Eggs have one of the highest levels of arachidonic acid in the human diet,” the study’s authors said. “It has been suggested that arachidonic acid and other unsaturated fatty acids which are present in high levels in eggs, may serve as antiviral compounds.”

The study found that the virus had a very low survival rate on olives—even just one minute after contamination.

The research team noted that, as with apples, it was likely chemicals in olive skins inactivated the virus.

Meanwhile, the FSA’s scientists said deli items that were high in protein and saturated fats with a high water content supported longer virus survival—noting that past research had found COVID-19 could survive on processed meets for 21 days in a refrigerator.

“The long survival time of SARS-CoV-2 on sliced ham and cheddar cheese, with their high protein, saturated fat, and water content, highlight the importance of proper food handling to prevent any contamination by virus prior to consumption,” the study’s authors said.

The researchers found that COVID was able to survive for up to a week on plastic surfaces, and several days on cartons. The virus was thought to be able to survive on aluminum cans for hours rather than days, they said.

However, they did note that the foods included in the study were artificially contaminated and were therefore not a reflection of contamination levels that might be found in grocery stores. They added that foods with lower contamination levels would require less time for the virus to decline to undetectable levels.

Experts at the Centers for Disease Control and Prevention (CDC) say COVID mainly spreads when an infected person breathes out droplets that contain the virus, which are then inhaled by someone else or find their way to another person’s eyes, nose or mouth.

While the CDC also says the virus can be spread via contaminated surfaces in some cases, the organization says there is currently no evidence that handling or consuming food can spread COVID-19.

“Follow food safety guidelines when handling and cleaning fresh produce,” the organization advises. “Do not wash produce with soap, bleach, sanitizer, alcohol, disinfectant, or any other chemical.”

While the FSA’s researchers acknowledged that several studies had found the risk of infection via contaminated groceries was “extremely low,” their findings had shown that some foods and food packaging material “can sustain infectious virus for a significant length of time.”

“There is the possibility of transmission through contaminated food if the food is in direct contact with the mouth and mucus membranes,” they said, but they noted that the implications of their findings were unclear because inhalation of respiratory droplets was considered to be the main route of COVID infection.