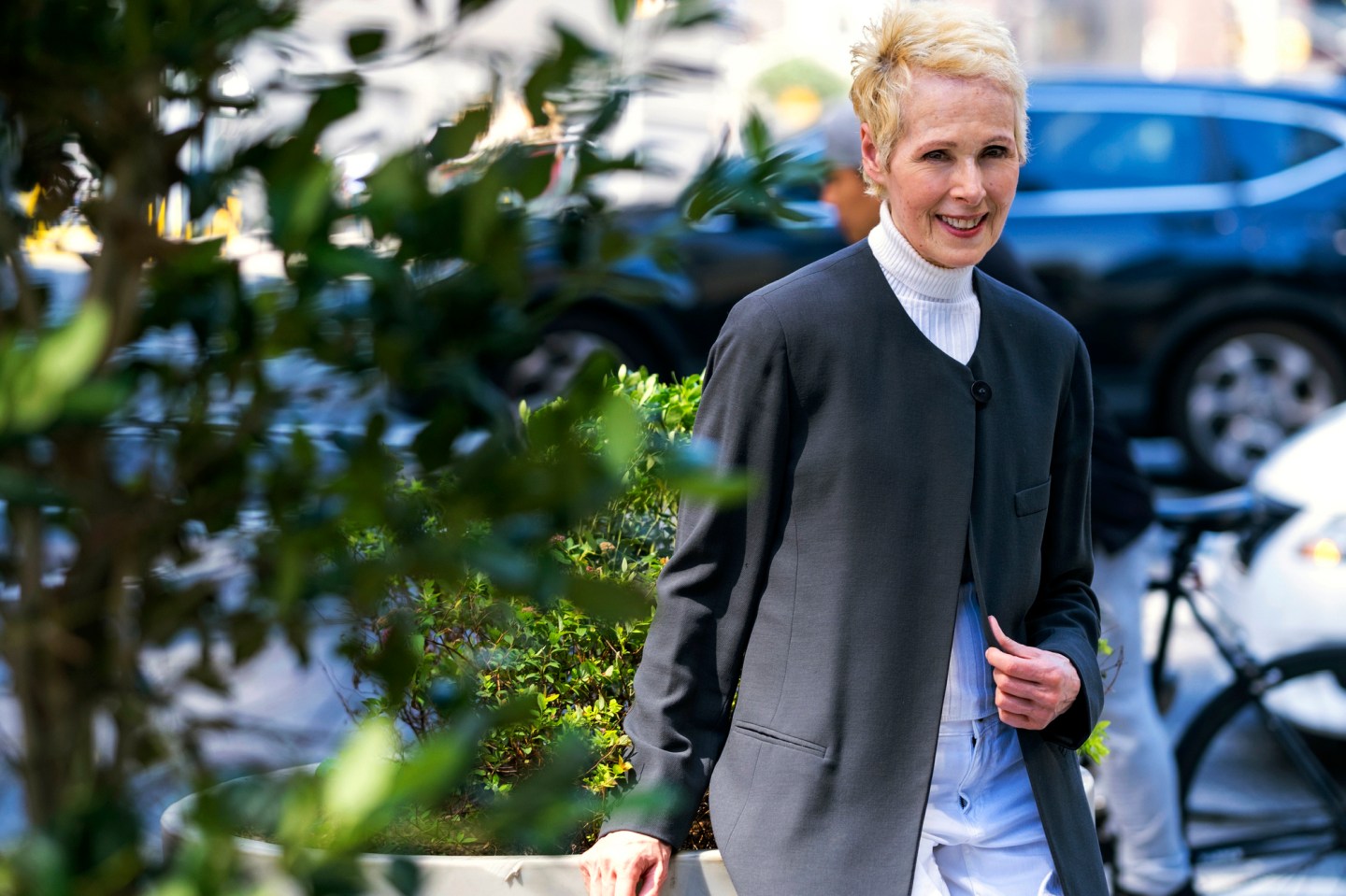 A writer who accused former President Donald Trump of rape filed an upgraded lawsuit against him Thursday in New York, minutes after a new state law took effect allowing victims of sexual violence to sue over attacks that occurred decades ago.

Carroll, a longtime advice columnist for Elle magazine, first made the claim in a 2019 book, saying Trump raped her in the dressing room of a Manhattan luxury department store in 1995 or 1996.

Trump responded to the book’s allegations by saying it could never have happened because Carroll was “not my type.”

His remarks led Carroll to file a defamation lawsuit against him, but that lawsuit has been tied up in appeals courts as judges decide whether he is protected from legal claims for comments made while he was president.

Previously, Carroll had been barred by state law from suing over the alleged rape because too many years had passed since the incident.

New York’s new law, however, gives sex crime victims who missed deadlines associated with statute of limitations a second chance to file a lawsuit. A window for such suits will open for one year, after which the usual time limits will be reinstated.

At least hundreds of lawsuits are expected, including many filed by women who say they were assaulted by co-workers, prison guards, medical providers or others.

In her new claims, Carroll maintains that Trump committed battery “when he forcibly raped and groped her” and that he defamed her when he denied raping her last month.

Trump said in his statement that Carroll “completely made up a story that I met her at the doors of this crowded New York City Department Store and, within minutes, ‘swooned’ her. It is a Hoax and a lie, just like all the other Hoaxes that have been played on me for the past seven years.”

Carroll’s new ability to sue Trump for rape could help her sidestep a potentially fatal legal flaw in her original defamation case.

If the courts ultimately hold that Trump’s original disparaging comments about Carroll’s rape allegation were part of his job duties, as president, she would be barred from suing him over those remarks, as federal employees are protected from defamation claims. No such protection would cover things he did prior to becoming president.

Judge Lewis A. Kaplan, who presides over the defamation lawsuit Carroll filed three years ago, may decide to include the new claims in a trial likely to occur in the spring.

Trump’s current lawyers said this week that they do not yet know whether they will represent him against the new allegations.

Carroll’s attorney, Roberta Kaplan, who is not related to the judge, said at a court hearing this week that the new claims should not require much additional gathering of evidence. She already put a copy of the new claims in the original case file last week. Trump and Carroll also have already been deposed.

In a statement regarding the new lawsuit, Kaplan said her client “intends to hold Donald Trump accountable not only for defaming her, but also for sexually assaulting her, which he did years ago in a dressing room at Bergdorf Goodman.”

“Thanksgiving Day was the very first day Ms. Carroll could file under New York law so our complaint was filed with the court shortly after midnight,” she added.

Attorney Michael Madaio, a lawyer for Trump, said at the hearing that the new allegations are significantly different than the original defamation lawsuit and would require “an entirely new set” of evidence gathering.