The world will avoid a recession in 2023—but just barely, the OECD says 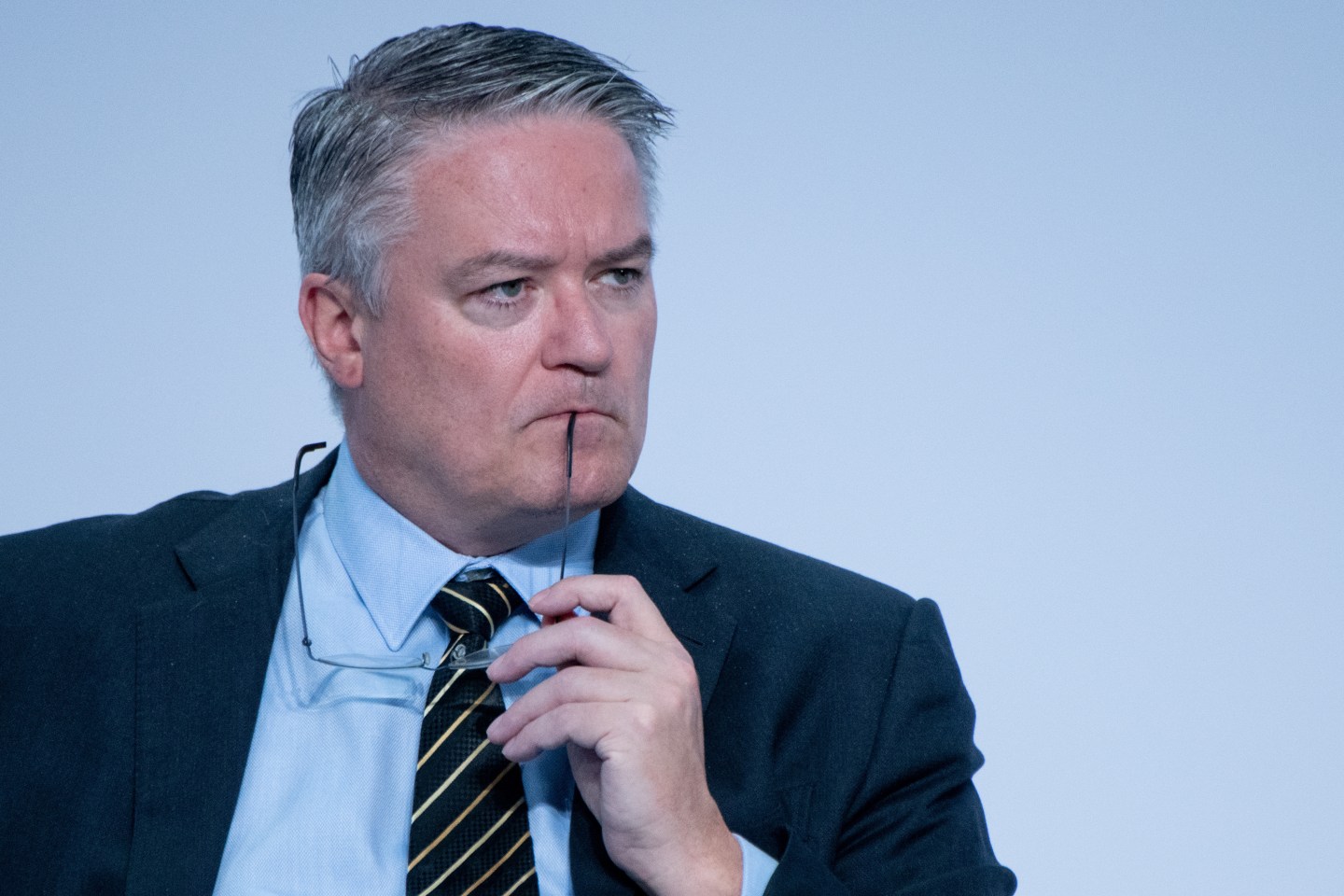 Mathias Cormann, secretary-general of the OECD, at the Paris Peace Forum in Paris, France on Nov. 11, 2022.
Benjamin Girette—Bloomberg/Getty Images

Hobbled by high interest rates, punishing inflation and Russia’s war against Ukraine, the world economy is expected to eke out only modest growth this year and to expand even more tepidly in 2023.

That was the sobering forecast issued Tuesday by the Paris-based Organization for Economic Cooperation and Development. In the OECD’s estimation, the world economy will grow just 3.1% this year, down sharply from a robust 5.9% in 2021.

Next year, the OECD predicts, would be even worse: The international economy would expand only 2.2%.

“It is true we are not predicting a global recession,” OECD Secretary-General Mathias Cormann said at a news conference. “But this is a very, very challenging outlook, and I don’t think that anyone will take great comfort from the projection of 2.2% global growth.”

The OECD, made up of 38 member countries, works to promote international trade and prosperity and issues periodic reports and analyses. Figures from the organization showed fully 18% of economic output in member countries being spent on energy after Russia’s invasion of Ukraine helped drive up prices for oil and natural gas. That has confronted the world with an energy crisis on the scale of the two historic energy price spikes in the 1970s that also slowed growth and fueled inflation.

Inflation — largely fueled by high energy prices — “has become broad-based and persistent,” Cormann said, while “real household incomes across many countries have weakened despite support measures that many governments have been rolling out.”

In its latest forecast, OECD predicts that the U.S. Federal Reserve’s aggressive drive to tame inflation with higher interest rates — it’s raised its benchmark rate six times this year, in substantial increments — will grind the U.S. economy to a near-halt. It expects the United States, the world’s largest economy, to grow just 1.8% this year (down drastically from 5.9% in 2021), 0.5% in 2023 and 1% in 2024.

That grim outlook is widely shared. Most economists expect the United States to enter at least a mild recession next year, though the OECD did not specifically predict one.

The report foresees U.S. inflation, though decelerating, to remain well above the Fed’s 2% annual target next year and into 2024.

The OECD’s forecast for the 19 European countries that share the euro currency, which are enduring an energy crisis from Russia’s war, is hardly brighter. The organization expects the eurozone to collectively manage just 0.5% growth next year before accelerating slightly to 1.4% in 2024.

Whatever growth the international economy produces next year, the OECD says, will come largely from the emerging market countries of Asia: Together, it estimates, they will account for three-quarters of world growth next year while the U.S. and European economies falter. India’s economy, for instance, is expected to grow 6.6% this year and 5.7% next year.

China’s economy, which not long ago boasted double-digit annual growth, will expand just 3.3% this year and 4.6% in 2023. The world’s second-biggest economy has been hobbled by weakness in its real estate markets, high debts and draconian zero-COVID policies that have disrupted commerce.

Fueled by vast government spending and record-low borrowing rates, the world economy soared out of the pandemic recession of early 2020. The recovery was so strong that it overwhelmed factories, ports and freight yards, causing shortages and higher prices. Moscow’s invasion of Ukraine in February disrupted trade in energy and food and further accelerated prices.

After decades of low prices and ultra-low interest rates, the consequences of chronically high inflation and interest rates are unpredictable.

“Financial strategies put in place during the long period of hyper-low interest rates may be exposed by rapidly rising rates and exert stress in unexpected ways,’’ the OECD said in Tuesday’s report.

The higher interest rates being engineered by the Fed and other central banks will make it difficult for heavily indebted governments, businesses and consumers to pay their bills. In particular, a stronger U.S. dollar, arising in part from higher U.S. rates, will imperil foreign companies that borrowed in the U.S. currency and may lack the means to repay their now-costlier debt.