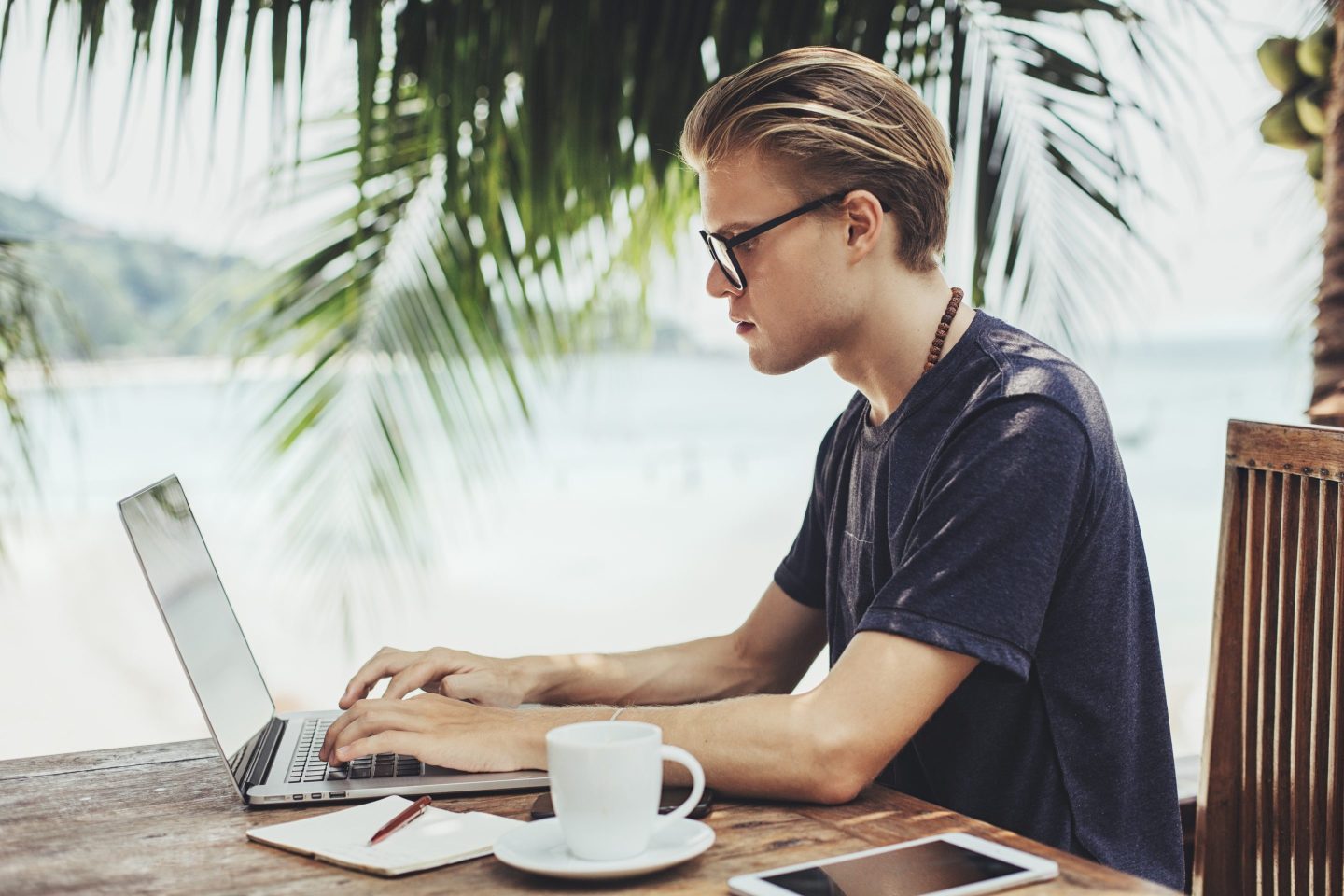 Workers are keeping their digital nomad lives a secret from their bosses.
Lumina Images—Getty Images

Some remote workers are playing hooky from their company’s homebase these days, and bosses are catching on.

The pandemic challenged the idea that the office was an important fixture of the workplace as people working from home were found to be just as productive. Some relished their newfound freedom away from their desks, giving rise to a growing crop of digital nomads life who worked from alternative living situations like a van on the road or from Airbnbs in countries offering digital nomad visas like Portugal.

But such flexibility has been curtailed as companies increasingly push for a return to the office. Some workers aren’t ready to give up their travels all that easily, preferring to maintain a better work-life balance and standard of living.

Enter what Bloomberg deems ‘stealth workers,’ employees willing to go the extra mile to hide the fact that they’re living more than an extra mile from their company’s headquarters. As Bloomberg describes it, these workers continuously bop around more affordable locations, using VPN to hide that they’re working abroad, logging in as early as 2 a.m. to disguise their actual time zone, and lying about their home address.

Some digital nomads will even wear sweaters to make it look like they’re braving the cold where their employer is based instead of whatever warm paradise they’re residing in, writes Callum Borchers of The Wall Street Journal.

It’s a sign that knowledge workers are having a hard time letting go of their flexibility—95% want flexibility in their schedule, according to Future Forum’s survey from February 2022. Location flexibility was top of mind for just over three-fourths of respondents.

But the great lengths it takes some to keep working remotely on their terms sounds like a dedicated hassle for the worker—and it’s proving to be an even bigger problem for the employer. While companies were more lax about their employees working under the palm trees of Tulum or the increasingly crowded coves in Greece during the early days of the pandemic, the reality of being subjected to legal liabilities, cybersecurity concerns, and taxes and fees if an employee is located in a state or country where the business isn’t registered properly is becoming more real.

“The COVID free pass is running out,” Chantel Rowe, vice president of product management at Topia, told Bloomberg. “Companies are saying: ‘We’ve got big problems to deal with, without having tax and immigration authorities cracking down on us.’”

Tattling tax return forms are revealing employees’ secrets. Alex Atwood, CEO at Virginia-based recruiting app GravyWork, told Borchers one of his stealth workers who had worked in Texas and California, unbeknownst to him, cost him up to $30,000 in taxes and fees since GravyWork wasn’t registered as a business in those states. He estimated it cost him more like $500,000 between that and lost productivity from dealing with it all.

And one worker told Borchers that a remote job they applied for had its limitations: They could spend no more than three months working internationally. It’s all proving that when it comes to remote work, there’s a difference between working from home and working from anywhere.

Because companies are subject to different taxes and compensation insurance depending on the state—or country—a remote job doesn’t necessarily mean you can work from a separate corner of the world.  While the battle between bosses and workers is often centered on the return to office, stealth workers show that there is a smaller war raging on what remote work actually means.