Mushroom ‘leather’ realistic enough for $4,200 Hermès handbags has raised over $187 million from investors like Natalie Portman, John Legend, and GM 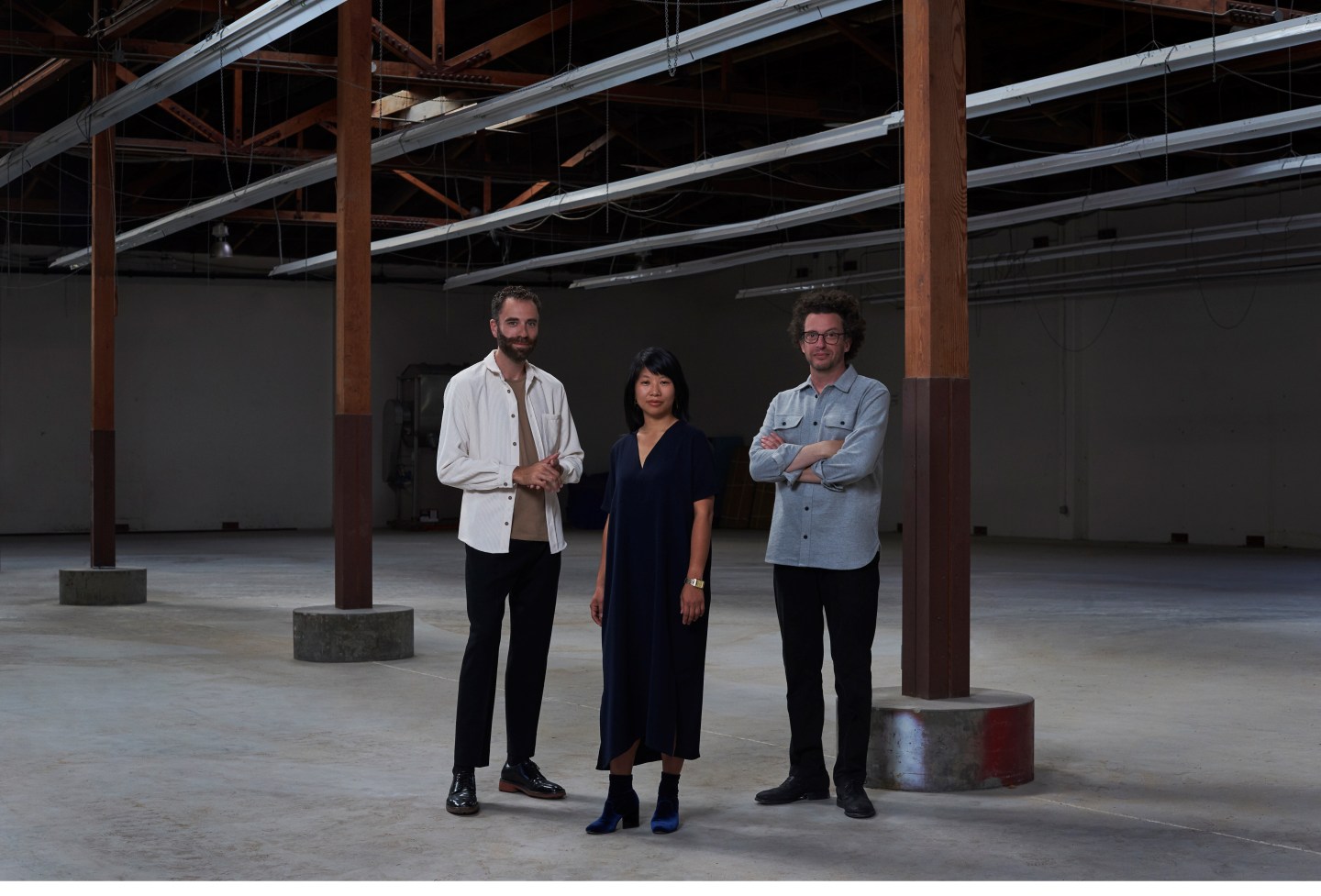 Phil Ross had no plans to create a new clothing material when he dove deep into the world of mushrooms, but now the fungi-based “leather” he helped pioneer can be found in Hermès’s luxury handbags and could soon coat the interior of GM’s electric cars.

“Growing the future has only just started. This industry will continue to surprise people,” says Ross.

Ross discovered reishi mushrooms, a fungus used in traditional Chinese medicine to aid the immune system, in art school in San Francisco in the late ’80s and early ’90s. At at that time, he supported himself by treating cancer and AIDS patients in hospice care. Ross began growing the mushrooms at home for his patients. As he studied them up close, he noticed how their silk-threadlike roots, known as mycelium, grew together into a moldable material that could attain a wide range of color and form and density and texture—from fabric to brick-like three-dimensional structures. Ross became a mycelium artist—a pretty successful one, too—showing his fungus-based in the MoMA, Kunsthalle Düsseldorf, and the Moscow Biennale.

“And this is essentially how mycelium as an interesting functional design material becomes more visible in the world,” says Sophia Wang, a poetry Ph.D. who collaborated on art projects with Ross after meeting him in 2007. Six years later, the two cofounded MycoWorks, a mycelium material inventor and manufacturer.

Discovering the adaptability of mycelium was one step toward a breakthrough. The second occurred in 2016 when Ross and Wang pivoted away from mycelium blocks—they are lightweight and naturally fireproof, but as a commodity product would need massive scale—toward flexible mycelium materials designed to perform like leather. Mycelium “leather,” Ross and Wang realized, could appeal to consumers turned off by the real stuff because of its chemical pollutants and use of animal products.

Today, MycoWorks has raised over $187 million in venture funding—from investors that include Natalie Portman and John Legend—and has broken ground on a South Carolina factory to annually produce several million square feet of its Reishi Fine Mycelium leather-like material. It counts Hermès as a high-fashion client and in October announced an unspecified investment from General Motors’ funding arm, GM Ventures, to produce “sustainable automotive materials,” including for car upholstery. MycoWorks declined to provide the company’s valuation or revenues. It has about 200 employees.

“Brands are making very significant changes to address what is really a growing demographic of people who want to buy sustainable products that have provenance and traceability and a lower carbon footprint, lower water use—and mycelium does all of those things,” says Matt Scullin, the materials science Ph.D. who joined as CEO in 2017.

Animal leather is a dirty business. According to a study from MIT’s Materials Systems Lab, leather contributes the equivalent of 130 million tons of CO2 to the earth annually—equivalent to the emissions of 30 million cars each year.

Amid consumers’ heightened environmental and animal rights concerns, money has poured into biomaterials in the past decade.

In its 2021 study of the “next-gen” material industry, which covers materials derived from plants, microbes, recycling, and cultivated animal cells, Materials Innovation Initiative (MII), based in Napa, Calif., identified $2.3 billion in investment in the industry since 2015, including $980 million in 2021—double 2020’s total—and found that 38 out of 40 top fashion brands were actively searching for next-gen materials.

Siu says next-gen materials are about five years behind the plant-based meat industry in development. One reason for the slow rollout is the difficulty of getting Mother Nature to play along: “Biology takes time,” she says.

Growing in the dark

It took several years for Ross and Wang to determine how best to grow mushroom leather. In the process they landed on, trays several inches deep are filled with sawdust, nutrients, and water and impregnated with fungal spawn. The fungus eats the substrate and grows in the dark, temperature-controlled tray that measures two by three feet, the industry standard for half a cowhide. The fungus envelops the substrate and forms a hard, lightweight panel, and a white sheet of mycelium—the leather—grows on top of it. Eventually, the mycelium can be peeled off like a marzipan cake icing after several weeks. “In a way it’s growing the layer to protect the food source,” Wang explains.

Before that “leather” grows, a layer of woven or synthetic material—even bullet-resistant Kevlar—can be placed in the tray and the mycelium grows through it, adding strength or texture. Finally, the Fine Mycelium sheet is tanned and dyed.

The company has grown “tens of thousands” of trays at its pilot line in Emeryville, Calif., Scullin says.

Mycelium leather is still more expensive than the animal variety. MycoWorks declined to specify its price, but competitor Bolt Threads told Bloomberg its material costs about $25 per square foot, similar to high-quality calf leather, so the first products using it have come out of the luxury goods world.

Hermès tanners in France turned MycoWorks Fine Mycelium into an amber-hued material it calls Sylvania that the brand used to create a fungus version of its $4,200 “Victoria” bag, which is expected to be delivered in the coming months. Hermès says the three-year collaboration “pairs expertise in tanning the highest-quality materials with the tools of biotechnology.” Stella McCartney used mycelium material Mylo from competitor Bolt Threads for a limited run of 100 $3,500 Frayme Mylo shoulder bags. (Scullin says the difference between MycoWorks and its competitors is that MycoWorks grows sheets of mycelium while others bind pieces of mycelium with polyurethane.)

Hatmaker Nick Fouquet, based in Venice, Calif., was the first to sell gear made with Fine Mycelium—40 hats for about $700 each—in July. He says the finish was so similar to leather that his production seamstress didn’t know the difference. The only real distinction was in the scent, which was much more of an “earth tone.” (Fouquet’s first sheets had not gone through the same tanning process MycoWorks now uses, which gives the material a leather scent.)

GM’s investment in MycoWorks is part of push to make the interior of electric cars equally as environmentally friendly as the engine. The material has other advantages for carmakers. “One of the reasons that the auto industry is interested in our material is that it can be .2 millimeters thin, which is half the thickness that they can get leather. So there’s an advantage in terms of weight and also mold-ability,” says Wang.

Mycelium leather is still in its infancy, of course, and whether it will become a giant hit like GoreTex is still unknown. Market research firms seem to have reached little consensus as to what the future holds. Polaris Market Research sees the “bio-based leather” market growing by 6.2% annually from $647 million in 2021 to $1.1 billion in 2030, while Infinium Global Research has it rising from $236 million in 2020 to $3.5 billion in 2027, a 47% annual growth rate.

Scullin is convinced that as prices come down and production ramps up, mycelium leather can replace much of what it out there today—and not just cow leather.

“What the industry wants is a material that allows them to tap into this growing market of consumers who demand sustainable materials and demand better materials. They’re not looking for a leather replacement,” he says. Rather, with its warm, “alive” texture, mycelium leathers will be an easy choice to replace the “polyurethane leathers” that account for over half of the leather market.

Others are eager to push mycelium even further—back to MycoWorks’ origins. Andreas Mershin, a research scientist at MIT’s Center for Bits and Atoms, and architect Chris Maurer are working on a project to use bricks created from oyster mushroom mycelium to build houses in Namibia.

“Think about not having to transport all those building materials. All you need to do is transport the spores, and then you can inoculate whatever kind of local material that you have there. And then you can be growing building materials on site,” says Jennifer Bissonnette, interim director of the RISD Nature Lab. “It’s creating housing and a food source. It’s kind of incredible to think of all those basic needs being met by these organisms.”