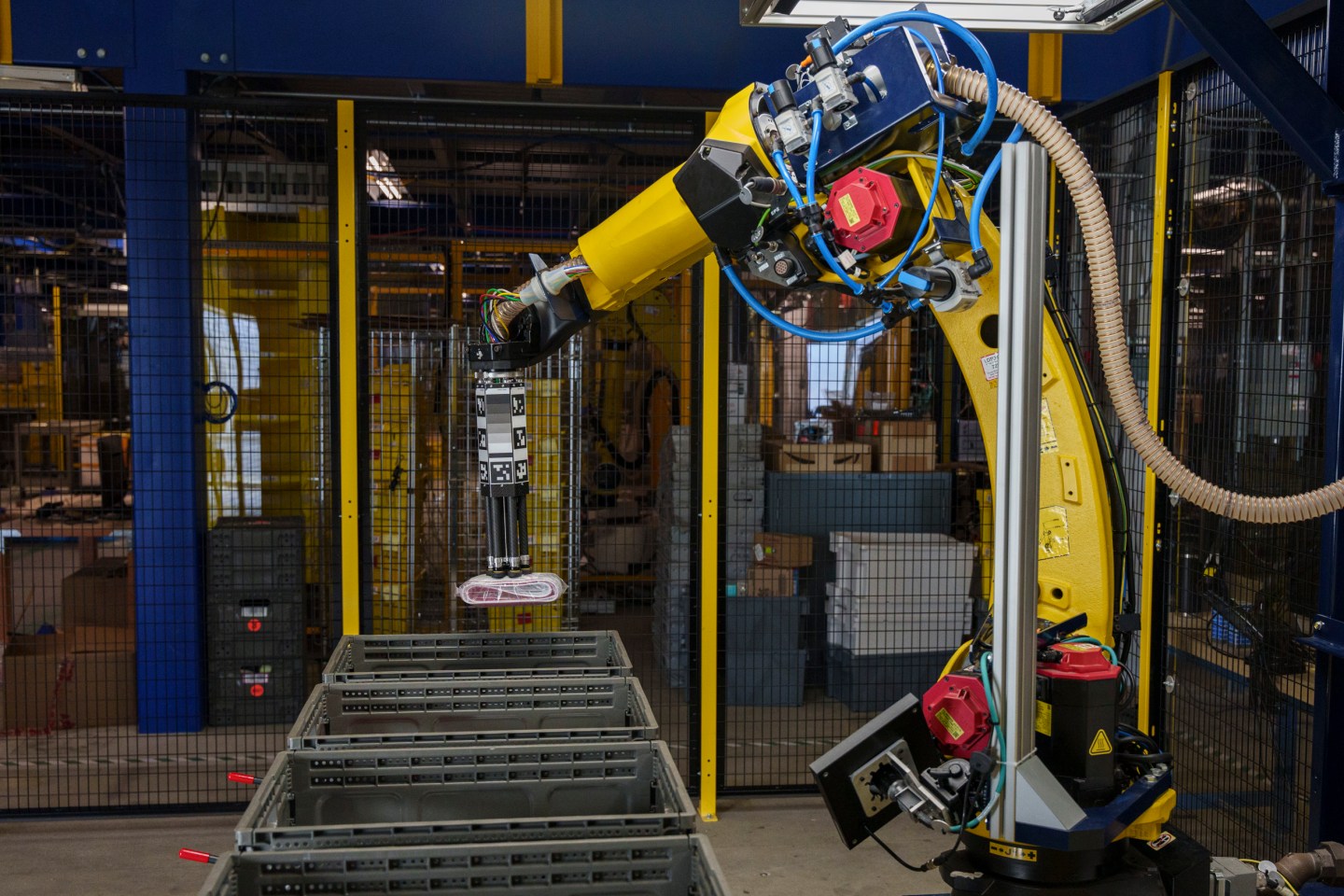 Amazon.com Inc. has developed a robot capable of identifying and handling individual items, a milestone in the e-commerce giant’s efforts to reduce its reliance on the human order pickers who currently play a key role in getting products from warehouse shelves to customers’ doorsteps.

The robotic arm, tipped by a set of what appear to be retractable suction cup-like devices, is called Sparrow. In a company video released on Thursday, the machine autonomously grabbed items of different sizes and textures from a plastic tote and placed them in other receptacles. Amazon said the bot is capable of handling millions of different products.

Automating such tasks may look simple but has stumped Amazon roboticists for years. Machines at the company’s facilities have long lifted pallets, arranged tightly packed shelves and shuttled packages on conveyor belts. But Amazon also employs hundreds of thousands of workers, whose dexterity and intuition currently let them pick and pack items more quickly and more reliably than existing machines.

If widely deployed, robots like Sparrow could eventually render large portions of that workforce unnecessary, shifting the emphasis from employees who perform simple tasks that require little training, to a likely smaller cadre of technicians who supervise and maintain robotic systems. Amazon is the second largest private employer in the US behind Walmart Inc., with 1.54 million workers worldwide.

Amazon has for years been criticized for pushing its workers too hard in a relentless effort to get packages to customers quickly. Warehouse injuries exceed Amazon’s logistics peers, drawing the scrutiny of workplace regulators looking to ensure the company isn’t putting employees in harm’s way. Groups seeking to unionize these facilities are also pushing for improved safety and working conditions, along with higher pay.

“Working with our employees, Sparrow will take on repetitive tasks, enabling our employees to focus their time and energy on other things, while also advancing safety,” the company said in a blog post on Thursday. “At the same time, Sparrow will help us drive efficiency by automating a critical part of our fulfillment process so we can continue to deliver for customers.”

It wasn’t immediately clear how quickly or widely Sparrow would be deployed. The robot’s use could require a redesign of Amazon’s main warehouses, called fulfillment centers. They currently store most types of products on racks of mesh shelving that are likely incompatible with robotic arms like Sparrow.

Amazon has long aspired to mostly automate its warehouses. But the company has been sensitive to the perception that it plans to eliminate jobs. During a media event at an Amazon robotics research and manufacturing facility outside Boston, executives focused on the new types of roles increasingly automated facilities would require and said many frontline workers would be retrained for these higher-skilled jobs.